Another new sneaker release riot: What the hell is the matter with these people? 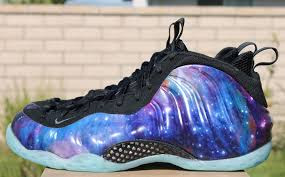 The launch of an expensive new basketball shoe — timed to Orlando's hosting of the NBA All-Star Game — triggered a melee Thursday night at Florida Mall that was quelled by deputies in riot gear.

The wild scene erupted about 9:45 p.m. as hundreds of people packed the mall's parking lot, hoping to buy the new shoe at midnight. 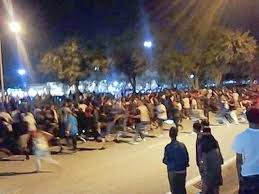 As the crowd grew, a large contingent of Orange County deputy sheriffs arrived, braced for problems.
Similar shoe releases have caused violence at shoe stores across the country.
Two people were arrested on trespassing charges Thursday at Florida Mall. A third person — a woman — was arrested this morning for fighting outside Foot Locker.

Posted by ImBlogCrazy at 5:09 PM

They're #Occupiers. You should love them.

Why should I love a bunch of idiots who want sneakers so bad they riot?

I don't see the connection Rose.

If, by chance, you're comparing these shoe-loving fools to people actually protesting something - then your really off base.

Apples and Oranges Rose. Thanks for commenting.