Good News for Coffee Devotees and Other Interesting News Bytes 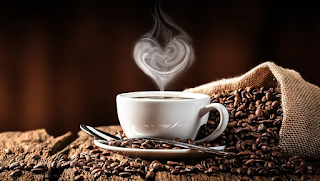 Sitting outside on our patio this morning my wife Shirley and I were discussing living in this chaotic world.

"Another day in paradise," I lightly quipped over our first cup of coffee.

"Is our day a full cup of Joe?" she inquired after her first sip.

"Let's take a look at what's happening in the news to decide that" I suggested.

"That's good," we agreed. It was time for some accountability for trying to overthrow the government.

This article was easy to identify as something positive, so we both gave it a thumbs up.

Headline: If you drink these types of coffee, you could have a lower death risk

Drinking either sweetened or unsweetened coffee is associated with a lower death risk compared with not drinking the beverage, according to a new study published in the journal Annals of Internal Medicine.

Another no-brainer... we both loved this informative article as we slurped our morning brew.

Oh, hell no! Get real. We quickly agreed these are not the good old days regardless of what a Republican lawmaker thinks. Thumbs down.

This is really a bad thing. As parents and grandparents, we were both appalled at kids being subjected to greedy assholes tracking them when they are supposed to be safe at school - or online classes. A super downer.

Headline: The California desert could hold the key to powering all of America's electric cars

Fascinating information that affects us all. We were both cheered up by seeing a possible solution to the transformation woes we currently have. Getting away from using fossil fuels would really be a step in the right direction.

Obviously, we both gave it a thumbs up.

Everything considered we came to the conclusion that our cup was full today. Despite all of the chaos in the world - and our personal challenges - it's still possible to be happy.

Thanks for stopping by today.

It's taken me 36 days to get my shit together and return to the Blogosphere. I was burnt out trying to make sense of the chaos in America and abroad.

The sheer negativity of the news cycle overwhelmed me. I was also contending with my PTSD and understood it was time to stand down.

Hopefully I've learned how to keep my mojo going despite this angry country and world. 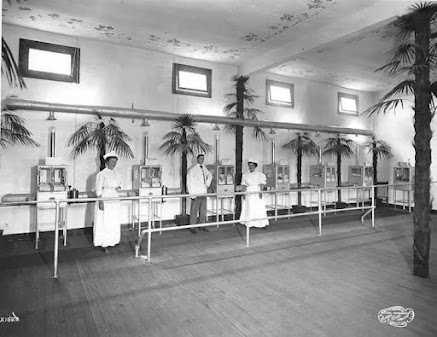 I have a story about American history that you may not have heard when you were in school.

In 1897 a con man who called himself Dr. Martin Couney put on his first incubatory baby show in London.

Around that time a Frenchman named Alexandre Lion designed the world's first human incubator. It was simply a warm box, heated by a hot water tank below.

This box was the humble origin of baby incubators that are still used today.

Back to the carnival showman. Dr. Couney bought some knock off-machines based on Lion's design. He took the incubators and made them a surprising attraction in the United States at the Omaha World's Fair.

Dr. Couney refined his presentation in 1901 in the World's Fair in Buffalo, New York. Most people remember that fair because President William McKinley was shot there and died of gangrene 8 days later.

Aside from that, it was a breakthrough attraction on the midway where it competed with carnival rides and sideshows like the "House Upside Down" and "Jerusalem on the Morning of the Crucifixion."

Thousands of people paid a dime each to see Dr. Couney's Baby Incubator Exhibit. There were nurses who breast fed the infants standing silently on guard by each incubator.

The Baby Incubator was a top draw for decades in every US city with at least 20,000 people and their own amusement park.

Why was the exhibit so popular?

There were several reasons, among them were babies born prematurely in those days usually died. It was a sad fact that was more or less accepted by the medical community.

For mothers with struggling preemies the incubators were a miracle. To his credit, Dr. Couney didn't charge the mothers and relied on exhibit receipts to cover operating costs and still make a profit.

Americans love inventions. The Incubators spurred many imaginations. The novelty of seeing tiny babies in a heated box went alongside other sideshows featuring freaks and "ethnological villages" where Native Americans or people from faraway nations would live on-site in a stereotyped caricature of their homes.

Sadly, there was a despicable willingness to exploit human life for the entertainment of others in those days.

For the record Couney wasn't a doctor. Yet young doctors and nurses didn't seem to mind because they followed his instructions, the babies lived, and he worked magic with the media.

Even though Couney was basically a fraud it doesn't mean his contribution to medicine should be overlooked.

He took in babies of all races and classes and never charged the parents. The fact was that babies in his care were more than four times as likely to survive into childhood.

Think about his legacy.

Over 7,000 amusement park babies survived his 45-year tenure as a sideshow doctor.

When Couney teamed up with Dr. Julius Hess history was made. With the support of Chicago's health commissioner, the incubators were eventually introduced into hospitals making Chicago the first city in America to create a public health policy specifically for premature infants.

I wish I could say his departure from this world was more dignified, but he was penniless and sick at the end.

Still, the con man with a heart made the world a better place to live.