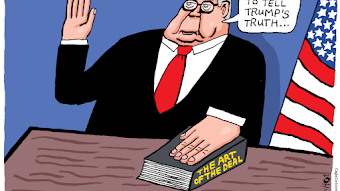 Trump's appointed judges have been paying dividends for his authoritarian agenda.

Yesterday one of those Trump judicial jerks dealt another blow to Biden's climate agenda, barring the administration from using a metric that estimates the societal cost of carbon emissions.

The metric uses economic models to put a value on each ton of carbon dioxide emissions, to help quantify the economic harm caused by the climate crisis: sea level rise, more destructive hurricanes, extreme wildfire seasons and flooding, for example.

Legal experts say there's not much legal precedent to support the Trump judge's ruling. Now it's up to the justice department to correct the right-wing attempt to stall legislations pertaining to fighting climate change laws.

A federal court in Missouri last year struck down a similar lawsuit by Republican-led states, finding that they did not have standing to challenge the Biden administration's interim metric.

Meanwhile another Trump-appointed federal judge has temporarily blocked several Texas counties from pursuing criminal charges against public officials who encourage voters to use mail ballots in next month's primary election.

Biden's immigration agenda has faced one setback after another from courts with Trump-appointed judges.

When it comes to taking presidents to court over their policies, savvy lawyers know that location is everything: Choosing the right courthouse, and landing a case with the right judge, can make all the difference.

In Biden's first year Trump-appointed judges have ruled against the president on immigration, COVID relief, the environment and more.

Trump's appointment of three Supreme Court justices has swung the court over into a right-wing platform that is tearing the constitution apart and polarizing Americans from coast-to-coast.

Therefore, it's no wonder that the approval ratings for the highest court in the land has plummeted to 40 percent, an historic low.

Trump busted an immigration judge's union. His holdovers are blocking it again.

Conspiracy-Driven Truck Convoy is a Sign of the Times 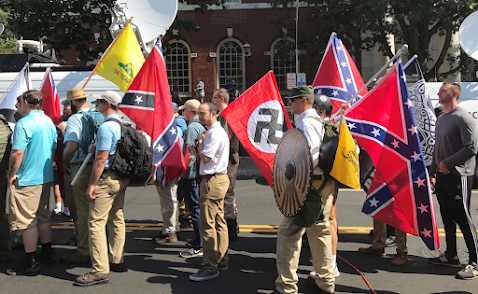 Like all dangerous attempts to rewrite history and current reality, a vocal minority in America is making inroads with a blatant attempt to harm the Canadian and American economies.

Trump supporters and an assortment of conspiracy trolls in Ottawa are assaulting both countries with misinformation in an effort to destabilize democratic economies.

What started out as a supposed protest against getting vaccinated for COVID-19 has quickly morphed int a stage for right-wing Americans to spread their hate to another country.

A small group of about 200 Canandian truckers (90 percent are already vaccinated) decided to block commerce between the two counties by parking their rigs on international borders.

It didn't take long to realize that vaccine mandates were just a cover to spread chaos and discontent in a brazen move to start a worldwide attack on democracies.

The result thus far is frightening. Workers in the Michigan auto industry could lose up to $51 million in wages this week due to the trucker protest, according to Anderson Economic Group.

This serious interruption couldn't have come at a worse time with both countries struggling with supply chain challenges. Adding to the problem it's nearly impossible to get semiconductor chips - which is needed in all cars.

In a chilling development the so-called "Freedom Convoy" scam is spreading to other counties like Australia and Great Britain where right-wingers have been inspired to copy the attack on democratic governments. 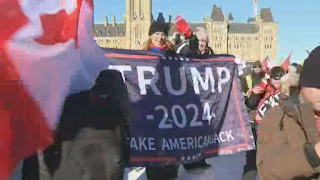 Meanwhile the right-wing American actors are busy spreading their poison in Canada.

Observers need only look at the flags being carried by the protesters to see whose behind it. Trump flags, Nazi flags, and Confederate flags are waving in the wind.

A corrupt minority is wielding undue influence on societies inspired by the cancer these alt-right lunatics have spread across America.

The organizers of the chaos are on a roll and already threatening to disrupt the Super Bowl and shut down the city. They're emboldened by our First Amendment which they've twisted into a pretzel to serve their ends.

Homeland Security is aware of the threat the extremists pose, but it's not clear how they'll deal with an attempt to take over the city of Los Angeles.

The fact that a minority of nuts can seriously threaten everything America (and other democratic countries) stands for is a sign of the times. Trump's corrupt legacy lives on.

What Tales the White House Toilets Could Tell! 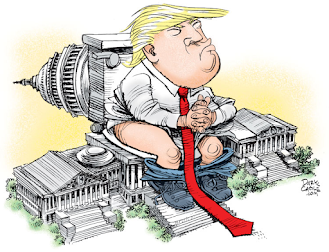 It was a dark and stormy night when Trump flushed the toilet sending secret messages to a watery grave.

Once again, a White House toilet was forced to cover up Trump's foul deeds. It was a crappy habit Trump carried over from his days of training under the notorious conspiracy maverick Roy Cohn.

But the paperwork didn't go right down. Instead, it clogged the toilet which overflowed, and forced the house "engineer" (DC talk for a plumber) to get up and unclog the unholy combination of Trump's turds and state secrets.

The engineer quietly swore epitaphs at the creator of the soggy correspondence that would never see the light of day.

Trump makes an announcement from the Rose Garden that all the low flow toilets in the White House will be replaced with "normal high flow" shitters. He also railed against showers that he said made him feel like he was getting pissed on.

Who knows what was flushed down the toilets during Trump's four-year regime? Love letters to dictators, like the one he got from Kim Jong-un?

It's fascinating to think about what tales the executive commodes could tell. If only there was some way the Jan. 6 Select Committee could subpoena the White House cesspool and put restoration experts on the job.

They could even get help from the White House staffers who spent years taping together ripped up paperwork Trump threw in the trash cans.

Imagine. The toilets could get some measure of revenge after enduring years of the biggest ass in the nation besmirching them!

Why Do We Fart and other Intense Questions 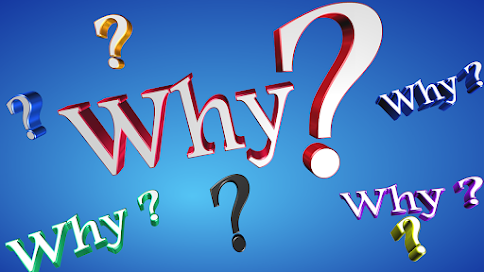 Welcome to a curious old man's questions about the world we live in. I admit, these questions won't ever appear on a SAT test or on reputable scientific website.

But they still beg for answers somewhere on the planet. Let's get started.

Why do we fart?

I suspect mankind has wondered about that since emerging from caves that were hotboxed by smelly farts.

Doctors will tell you we fart because of a build-up of gas in our guts. But is that all there is?

Is it possible farts could be a genetic form of self-defense? Or perhaps, is mankind cursed with farts for offending the gods in ancient times?

Why are there so many articles telling us how to view an event?

Personally, I think those info pieces are absurd.

One explanation could be that the general public is so stupid they need to be guided like sheep on how to observe something.

Why do we only have five toes?

There are some scientific assumptions, but no definitive answer. As far as I know we should have six, or even seven toes, on each foot for added balance and climbing.

After observing my polydactyl cat Ernie, who has eight toes on each paw, it became obvious we could have used some more toes for traction. It appears we got shorted in that department.

Why does Donald Trump have such small hands?

Observers have always commented on Trump's tiny hands, but I've yet to hear a satisfying reason for their size.

Some scientific types have suggested it's a family affair, but I'm skeptical of that explanation. Look at everyone else in the Trump clan. Even the women have bigger hands than Stump.

My guess is there's a corrupted correlation between those tiny hands and his minuscule brain.

How high is high?

After burning a bowl of chronic ganja, a person gets high. But how high? It's an ancient mystery that needs to be answered.

Is the sky high?

Is the Empty State Building high?

Who's to say what high is?

That's all I've got for you today. Thanks for stopping by and stay tuned for another As It Stands post that will ask the question, WHY? 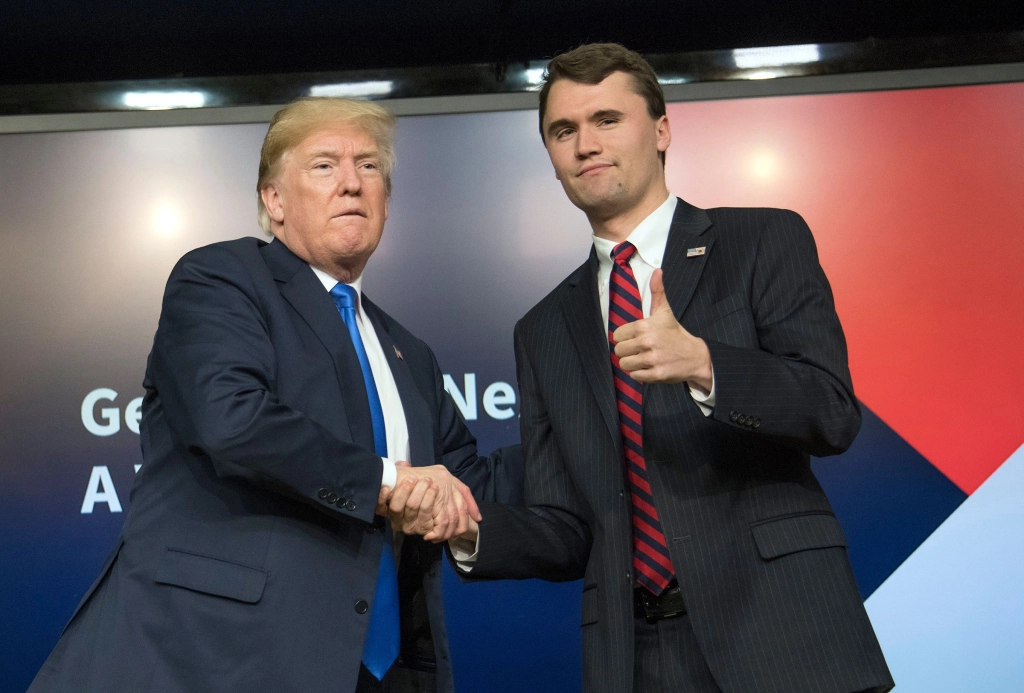 A pro-Trump activist is trying to get parents nationwide to take their children out of public schools and to place them in K-12 academies that will have an "America First education. In other words, a right-wing agenda.

The effort is being led by a punk named Charlie Kirk who founded the alt-right group "Turning Points USA."

The pilot school was supposed to start up this fall, but Kirk and his lunatic followers suffered a setback when an education firm in Arizona backed out of the plan.

The firm, StrongMind had programmers working on the project for months. They estimated the potential of Kirk's fever dream could generate $ 40 million in gross revenue at full capacity (10,000 students).

Kirk's attempt to start brain-washing academies hit a snag after The Washington Post conducted an investigation into the business venture.

It turned out that StrongMind employees were concerned about the prospect of a Turning Point-directed lesson plans.

When a key subcontractor tapped to prepare course material backed out after learning about Kirk and his vile group's involvement it was the straw that broke the camel's back.

Undeterred by the rejection, Kirk is seeking other sources of revenue to finance his nefarious plan. 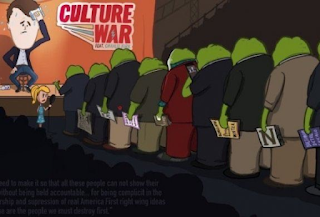 His blueprint is as simple as the man himself.

He believes there's a growing market for partisan education and media serving families disgruntled with public schools that insist on presenting facts, and not the Trump worldview.

Kirk's webpage claims that students are taught "a false narrative about America" and that his academies will promote a "reliable, honest, and quality America-first education."

The Charlie Kirk's in this country are gleefully pushing Trump's fascist agenda to divide and conquer America.

"When fascism comes to America, it will be wrapped in the flag and carrying a cross.”― James Waterman Wise

Wanted: Tech Wizard to Create an App to Save Democracy 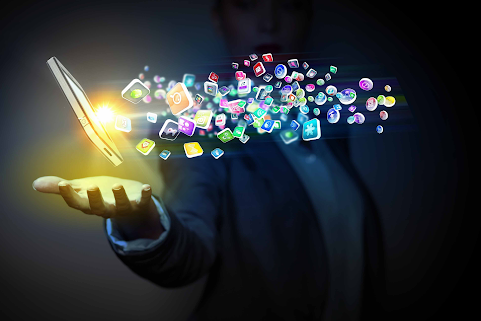 Apps are super popular in the world of high tech these days.

There's an app for nearly anything you can think of. Here's some examples:

We're a society that trusts apps to guide us with multi-task software, quick connections, and an endless trove of information. It seems like there's an app for everything we want to accomplish.

With that thought in mind I'd like to locate a tech wizard to develop the mother of all apps that will save our democracy.

This special app is going to require a fact-checker that works like a virus when introduced to right-wing media outlets.

It should feature a mental health connection for Trumpies looking to get control of their brains again.

If you think you have what it takes to develop this app contact me via this blog or at richarddavestancliff@gmail.com