NEWS UPDATE on this story

The crazies in the House of Representatives are forming a hate caucus under the leadership of Marjorie Taylor Green.

Marjorie Taylor Green's goal was to unite the far-right wing and to promote "common respect for uniquely Anglo-Saxon political traditions."

PLANS FOR NEW CRAZY CAUCUS SCRAPPED AFTER BLOWBACK FROM GOP

Fliers were floating around Washington DC like omens of bad fortune outlining a nativist argument warning that "mass immigration" poses a threat to the "long-term existential future as a unique country with a unique culture and a unique identity."

The motley crew joining the group consists of the far-right fringes of the GOP. Their rhetoric is designed to grab headlines.

The core policy of the proposed caucus is a message of protecting the American identity and "uniquely Anglo-Saxon political traditions."

That hateful rhetoric ties into a toxic argument with a racist legacy that immigrants are "replacing" Americans who were born in the United States.

The plan to form the hate caucus will be announced soon by one of the goons who will tour far-right media platforms touting it.

Ironically Green is calling it the #AmericaFirst Caucus. In other words, The Trump Re-Do Caucus.

On the bright side, not all Republicans are buying into joining Green's crazy caucus.

GOP conference chair Liz Cheney, the No.3 House Republican, responded to the reporting about the new caucus in a tweet.

"Republicans believe in equal opportunity, freedom, and justice for all. We teach our children the values of tolerance, decency and moral courage," she wrote.

"Racism, nativism, and anti-Semitism are evil. History teaches we all have an obligation to confront and reject such malicious hate."

Another Mass Shooting: 8 People Murdered - Don't Expect Them to Stop Either 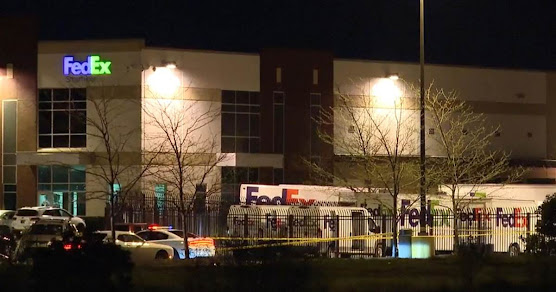 Eight innocent people were murdered by a shooter who killed himself after the slaughter in a FedEx Facility in Indianapolis last night.

President Biden signed some executive orders for gun safety, but they have no teeth and the next administration could dissolve them in a heartbeat.

Every poll I've seen about the need for gun safety regulations shows massive support among the public - up to 80 per cent wanting changes.

But here we sit. Watching another life drama unfold. Listening to grieving families. Listening to authorities who are helpless to do anything about the senseless mass murders.

We can expect conservatives to call for prayers for the victims, and that's it. Nothing actionable because they're in the thralls of the NRA and the money it gives Republican lawmakers.

I'm sick and tired of listening to people using the 2nd Amendment as an excuse to stop any gun safety laws. It's been misused and abused by gun-toting extremists for decades.

I wish I could say lawmakers will do something about this latest mass slaying, but they won't. They can't. That's not the way our broken system is dealing with this scourge.

So. Ho hum. Another mass murder. Another day in America. 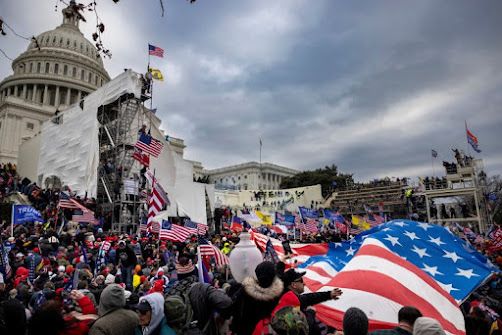 It's crystal clear that the Capitol Hill police knew a whirlwind was coming at them on Jan. 6th.

Michael Bolton, internal inspector general for the Capitol Police, didn't mince words in his report to Congress, which was released yesterday.

Today there's a Congressional hearing on what went wrong that fateful day when Trump supporters stormed the Capitol in an attempt to disrupt democracy.

Lawmakers were given the scathing 104-page report prior to it's release to prepare their questions.

Bolton boldly stated that the Capitol Police failed to prepare properly even though they had intelligence warnings that Trump supporters who believed his claims about the election being stolen posed a threat.

The report revealed that the Police were told to refrain from using their most aggressive crowd control tools such as stun grenades three days before the riot.

Here's the Heart of the Matter

Who ordered the Capitol Police not to use some of their most powerful tools and techniques against an expected crowd of protestors?

There were a multitude of missteps that left the force unprepared, according to the report, which also cited riot shields shattering upon impact (not properly stored), expired weapons that couldn't be used and an intelligence division that had few set standards.

A clue to why the police response was so slow lies with Pentagon officials who were concerned about the optics of sending out the National Guard.

That stunning viewpoint came from Army Staff Secretary Walter Piatt who said "we don't like the optics" when responding to pleas for help."

Hopefully, everyone will learn from the mistakes made and we'll find out who was really behind the ;ack of response in the nation's first coup attempt. 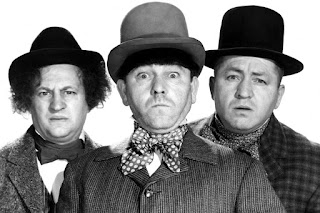 It was an act of revenge for MLB moving the All-Star Game from Atlanta to Denver because the league took a stand against disenfranchising voters recently in Georgia.

New laws were enacted because the Republicans lost the state and two senate seats in 2020. So they embraced the "Big Lie" to demand change in voting laws under the guise of protecting voters.

What's really funny is the three stooges sudden interest in anti-trust laws. Since when do they give a shit about that?

How long has baseball been around? And now suddenly there's a problem?

Corporations and Republicans have been bedfellows for over 100 years. This little spat may go further, or it may just fade away.

By the way, I doubt they'll get their wish list in Congress where the idea will fall flatter than Hawley's head.

Over 100 CEOs of the country's biggest businesses met last weekend to discuss how to handle the misinformation Republicans have been spreading to disenfranchise Democratic voters in 48 states.

When Mitch McConnell threatened CEOs last week he opened up a door that may lead to financial grief for the RNC.

I'm talking about the millions of dollars in donations those CEO's have been pouring into Republican coffers for decades. You'd think McConnell knows this...

and now the three stooges have stepped up to fire the opening salvo of a war Republicans can't win.

'Boring' Biden is Getting Under Republicans Skin 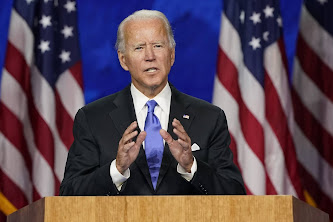 The circus only lasted four years before Americans sent Trump and company back to their basements and bunkers.

Every day Trump's toxic tweets entertained loyal followers. Fun times. Guessing what conspiracy would be popular or who Trump was mad it, was a pastime for Trumplicans.

Now President Biden has taken the fun out of politics. He doesn't tweet every time he has gas, or something to whine about. Or someone to threaten.

It's got to the point where Republicans are starting to panic. How can they go after a guy like Biden whose popularity is clearly reflected in the polls?

Cornyn's got his pants in a wad over the idea that Biden is no clown and isn't going to play Trumpie games with him and other shameless lawmakers who still worship at Trump's altar in Mar-a-Lago.

What Cornyn and his ilk have forgotten is the American public was burned out with Trump's online antics, and they voted him out of office.

Trump, like a ringmaster without a stage, is struggling to be relevant in any way he possibly can. Enablers like Cornyn are doing their best to help him.

Meanwhile Biden's administration has performed flawlessly getting major legislation passed while fighting a pandemic and vaccinating millions of Americans daily.

The only drama in Biden's first 100 days is coming from Trump's supporters in Congress who refuse to believe he lost the election.

If boring means getting things done, I'm all for it.

At some point during the opening process of the pandemic across America, mass shootings have become common again.

Look at last year. Name three mass shootings if you can.

As spring spread across the nation, flowers bloomed and guns flourished. There have been 133 mass shootings in the US so far in 2021.

Break that down and you have more than one shooting a day on average. The total is higher than it was during the same time period in 2018, 2019, and 2020.

Fact: firearms have become one of the leading causes of death for Americans of all ages, and the second-leading cause of death for children under 19, according to the Gifford's Law Center, a gun-safety organization.

Why are mass shootings worse this year than others? That's the million dollar question.

Perhaps pent up frustration at being locked down last year plays a part. It's hard to say, but I suspect the pandemic and the toxic politics we're immersed in are a large part of the problem.

President Biden signed some gun safety executive orders, but they have little teeth when it comes to solving the problem.

The Republicans aren't helping by resisting any gun safety laws. The link between gun manufacturers and the GOP has been a boon to mass murderers.