Here’s some news that’s not fit to be primetime, but it’ll make you laugh!

Welcome to my zany world of news tidbits. These tidbits seldom make the mainstream news, or even in social media for that matter.

But you can always stop by here to see what your missing: 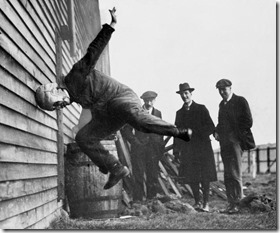 The NFL recently conducted tests on player’s helmets to see if they could be improved, and reduce traumatic head injuries.

Unfortunately, the test volunteer developed a lisp and was talking in tongues when they finally suspended the research. 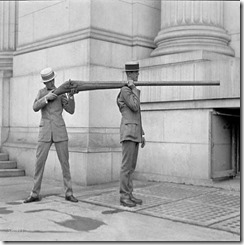 In a moment of downtime, Republican candidates for president recently tried out the new Hummingbird Shotgun in order to gain the NRA’s approval.

According to reports Donald Trump shot himself in the foot with it! Ted Cruz got in on the fun with the big gun and pointed it at the Mexican border and dared immigrants from entering the country. Ben Carson was such a bad shot that he missed a gaggle of hummingbirds three feet away and reportedly took out the archangel Michael who was converting Ft. Knox into a grain storage center! 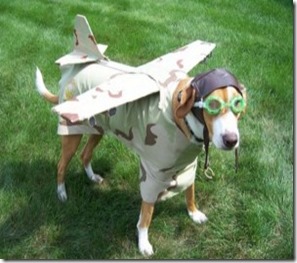 Doug the Wonder Dog prepares to make history by being the first Drone Dog to patrol the skies over animal shelters. His stealthy goggles allow him to see great distances.

His master says if Doug sees an animal in trouble he’ll swoop down and rescue it (as long as it doesn’t weigh more than him!)

Jimi, born Johnny Allen Hendrix, is widely regarded as one of the most influential electric guitarists in the history of popular music, and one of the most celebrated musicians of the 20th century.

He will always be my favorite electric guitarist. I remember the first time I heard his rendition of the Star Spangled Banner I went crazy! Never heard anything like it, and it spoke to me in ways I still don’t understand.

In 1968, the year I graduated from high school, I heard Foxey Lady for the first time. It was like a revelation. I loved his unique sound and lyrics and became a die-hard fan.

As I went through my full-fledged hippie days, sparking up joints and dropping LSD, Jimi came up with Purple Haze and it spoke to me personally!

I must add All Along The Watch Tower and Hey Joe to round out my all time Jimi picks.

Thanks for the memories, Jimi! Rock on!

No Post Tomorrow – I’m Taking Thanksgiving Day Off to Give Thanks!

No Thanksgiving Day door-busters for me tomorrow. Black Friday isn’t even a consideration. I’m going “old school” this year.

For those of you not familiar with more traditional Thanksgivings, that means I’m spending the day with family and friends celebrating life.

No standing in long lines to get dubious sale items for me. I’ll be watching the Turkey Bowl on TV. The day will be spent grazing on great food and drink amid bursts of laughter.

It’s a no politics day. Conversations will be much lighter and less controversial. In other words, I look forward to the gathering tomorrow and really plan on having a great holiday!

Thanks for stopping by!

Note to BLM Activists: Please don’t marginalize me or my race

I believe all lives matter.

Unfortunately, the Black Lives Matter (BLM) movement is predominately aimed at police officers whom they feel are unjustly killing blacks.

In fact, 99.9% of people aren't police officers. So, as a non-black, non-police officer person, when I say 'All lives matter' what I'm saying is "Hey Bro, I'm agreeing with you, your life matters just as much as mine."

Yet somehow, I'm considered a racist for saying 'All lives matter?'  That's wrong. I don't give a damn about your race, every life matters.

Sure, I GET that they want the police to know that black lives matter too, but don't marginalize me or my race because they want to be angry at cops. That's not my problem.

If black lives really mattered, the protestors would be in Chicago, Detroit, Cleveland etc., marching against the numerous black lives being lost every single week in those cities controlled by black gangsters. But, they aren’t. Why?

Lying for your cause because you're frustrated doesn't help your credibility at all. It makes you look like an idiot. If the only time a black life matters to them is when they can blame a white person, their telling me that they don't give a damn about black lives, they just want to vent their anger towards whites.

Why don’t the BLM activists look at their own lives closer? Why don’t they address the REAL PROBLEM – blacks are killing themselves in crime-ridden neighborhoods in record numbers?

That doesn’t make me a racist for pointing this out – despite what many activists claim when that inconvenient fact is brought up. If BLM wants to start saving lives now, they should be protesting the violence in black communities across the nation.

Celebrating the 1st episode of ‘Dr. Who’ Today!

Time to celebrate faithful Dr. Who fans. The doctor is in the house!

The doctor is an alien – the last of the powerful Time Lords. An intrepid traveler, a wander through time and space. He is, He agrees, “a madman with a box.”

On November 23,1963, the first episode of Doctor Who, the world's longest-running science fiction television show, was broadcast on BBC television, starring William Hartnell as the first incarnation of the title role.

Keeping up with the doctor:

Doctor Who: This Was All The Doctor’s Fault

Here’s a video of the very first episode of Dr. Who

Explore the Dr. Who Universe here.

Why it’s easier to hate than to love

Do you know why it’s easier to hate than to love?

I’ve read a lot of books and magazine articles on the subject. The most recent article being James W. Cone’s brilliant piece;

Why is hate easier than love?

About Mr. Cone: he’s a combat veteran of the Vietnam War and has worked with veterans’ groups in the United States. As a combat Vietnam vet myself(1970), I’m always encouraged to see my fellow survivors emerge from the other side of hell, and go on to lead meaningful lives.

Here’s a quick summary of his insightful article:

“Hate is natural and love is supernatural. Hate does not require any effort on our part because it is a part of the human existence. Hate is fueled by fear or by it’s milder forms concern and worry.

Bias, including racial, gender, ethnic, religious, and socioeconomic, are fueled by self-doubt and the feeling we cannot obtain the things we need to survive because of certain people. To make ourselves feel more secure we degrade those who we fear.

Sometimes hate is taught to young people and they believe this hate-talk because it comes from those who they trust. Hate is sometimes passed down from generation to generation even though the hate-talk is illogical and lacks evidence.

Hate requires nothing from us so it is easy to indulge in. All we have to do is dismiss reality and any facts that might differ with our hate-filled beliefs.

Love, on the other hand is supernatural. It requires that we overcome the human need to be defensive and have high expectations of others in order to feel secure.

Love also requires that we have the confidence to be able take on life’s challenges and trust we’ll succeed. It demands that we be willing to walk in another person’s shoes so we can see things through the eyes of others and feel their pain.”