Trump gave a 21 factory salute to Pruitt when he resigned

When the pressure from lawmakers became too intense, Scott Pruitt, aka the Puke, had to resign. But not before he already damaged the EPA's mission to protect the public.

His successor, another industry shill, Andrew Wheeler, has fought against the EPA throughout his corrupt career of lobbying for big coal interests. Now he's in charge.

Needless to say the assault on American's safety in the workplaces, attacks against the environment by rolling back safety regulations, and denial of climate change will continue under the new puke's reign.

By the way, did you happen to read Pruitt's resignation letter? It's enough to make someone with a strong stomach vomit.

"My desire in service to you has always been to bless you as you make important decision (uncorrected typo) for the American people."

I'll pause here for a moment so you can get the bad taste out of your mouth...

Continuing..."I believe you are serving as President today because of God's providence."

Earpppp...erp... Excuse me for a moment! I have a weak stomach and this suck-ass tribute to his master is playing billy-hell with it.

"I believe the same providence brought me into your service. I pray as I have served you that I have blessed you and enable (another typo) to effectively lead the American people."

Inspiring wasn't it? Not only is his spelling and grammar as pathetic as Trump's, but he manages to drag God into the fray by claiming Trump is God's anointed asshole!

This coming from a man with over a dozen ethic violations, and complete disregard for the rule of law and the American public.

His resignation had to be tough on Trump who loves nothing more than a minion who willingly polishes his knob on every visit, and who sings his praises for all to hear. As we all know, our Egotist-In-Charge thrives on slavish devotion. 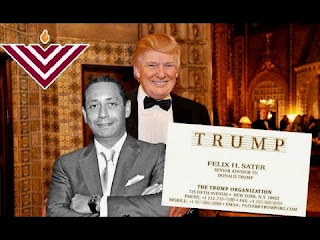 Someone is paying bloggers in India and Indonesia to write articles distancing Trump from the legal mess of a mob-linked former business associate, Felix Sater.

The authors, both online reputation management company employees, confirmed they were paid to write articles attempting to whitewash Trump's ties to Felix Sater, a Russian-born businessman who, with former Russian trade minister Tevfik Arif, collaborated with the Trump Organization on numerous real estate deals from New York to the former Soviet Union.

The irony of these fake articles is as thick as a brick. Trump, who has spent most of his presidency attacking the press and "fake news" is being supported by fake news writers in two foreign countries.

The fake news writers manage to get articles optimized on Google search engines by using various tricks to disguise themselves. The result is these articles pop up in the oddest places.

The only thing we know for sure is whoever is paying for these fake news articles must be a Trump supporter. But who?

There's plenty of candidates to choose from in the Trump universe. His minions will do anything to keep his corrupt ass in office.

Justice Catches Up To Jordan: GOP Firebrand Involved in Scandal 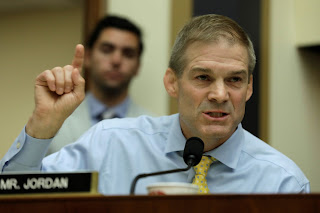 U.S. Rep. Jim Jordan and Joe Paterno have something in common; they both ignored the sexual abuse of male athletes while coaching college sports.

News reports of an investigation of sexual misconduct at Ohio State surfaced a few days ago. The time period when the abuse happened was while Jordan was an assistant wrestling coach. The team doctor then was Richard Strauss, who also held the title for 13 other sports.

Strauss was molesting male athletes for years. It was common knowledge among all the male athletes. They were afraid of speaking up, and losing their scholarships.


The investigation has been going on for more than a year after two ex-wrestlers, Mike DiSabato and Dunyasha Yetts filed formal claims (included the fact Jordan was aware of what was going on).

Ohio State University has not released any details about the claims but said more than 150 former students and witnesses have been interviewed thus far. They expect more to come forward.

Jordan's office claims it never received a request for an interview, but would be glad to arrange one with the investigative team. No date has been given as of this writing.

GOP members of Congress were stunned to hear their hero was involved in such nasty business. Right now you could gather most of the Republicans in Congress and ask them what they think about the allegations...and you'd hear a pin drop!

GOP Speaker Paul Ryan's spokesman, Doug Andres, said the university has "rightly initiated a full investigation into the matter" and the speaker "will await the findings of the inquiry."

The founder of the conservative Freedom Caucus and potential contender for speaker when Ryan retires, is up to his ass in a growing scandal that will only get worse.

There's already witnesses that say Jordan knew what was going on in during the eight years he served as assistant coach. Strauss was a sick joke shared by all the jocks who feared to challenge his authority during Jordan's time at the college.

I'm amused by the irony that this conservative so-called firebrand, and man who loves conspiracies (his own and others) is now being exposed as an enabler to a sex pervert.

Let's see you wrestle, and lie your way out of this one Jim-bo! 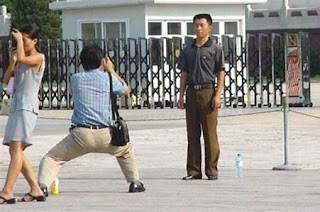 I'm use to hearing about travel warnings to Mexico and other countries known for violence and unstable governments.

But, I have to admit I was shocked to read that another country put us on a tourist watch list! Chinese citizens are being told that there are "frequent" occurrences of robbery, theft, and gun violence in the USA, and to be wary.

The Chinese Embassy in Washington is also warning it's citizens that medical treatment in the U.S. is expensive, and to guard against the powers wielded by Immigration and Custom Enforcement agents.

It sounds like they're talking about a third world nation. A Banana Republic. Not America. But, it has got to this point, as relations with China continue to sour under the Trump regime's tariff policies.

I've quit saying "What's next with Donny?" because I know the answer is elusive when dealing with our demagogue in the Oval Office. Each low, is a new low. No one knows how far he'll go.

Certainly not the Chinese, who are taking advantage of Trump's isolationist policies, and assuming the mantle of the world's leader. The number one superpower with global influence. A spot America once held prior to the Trump apocalypse.

Now the world is aligning against the U.S. which is in a declining influence stage thanks to Trump's treatment of other world leaders, and the international treaties he's backed the U.S. out of.

The fact that China is issuing warnings about going to the land of the free, is proof we're in trouble and have lost all our moral authority.

Trump's FART Act and the Smell of Corruption 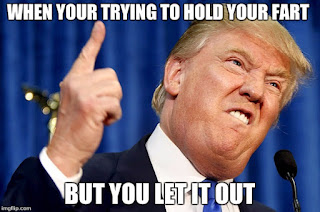 Good Day World!
In the Trump Hopper:
the FART Act!
The cloying smell of corruption at the White House is overpowering.
A quick look at Donny's days in office is like touring a blue cheese factory! That stench sticks with you for a while.
Trump's rotten minions have drafted legislation that would empower Trump to ignore international trade rules set by the World Trade Organization (WTO).
The idea stinks as bad as the legislation's name - and I'm not making this up - the FART Act. (It stands for United States Fair and Reciprocal Tariff Act.)
Experts say its a waste of time because congress has to approve any move to change our current contract with the WTO. That doesn't bother Donny whose sure he's going to be declared Dictator for Life by his loyal base.
Trump's cabinet is a collection of skunks that violate every ethic rule thrown their way. The big stinker is Scott Pruitt, and possibly the most corrupt of that group. Lawmakers are losing track of the ethic violations he's made in one short year.
Commerce Secretary Wilbur Ross fits in well with this foul-smelling group. For starters he shares business interests with Vladimir Putin's family.
Congress was under the impression old Wilbur had divested all of his holdings in Navigator (his Russian connection). He didn't. and made monkeys out of the confirmation crew that let him slide by.
Then there's Ben Carson who Trump picked to head up the Department of Housing and Urban Development.
The man who said the pyramids were for storing grain (news to historians worldwide), is being sued for suspending an Obama-era rule requiring communities to examine and address barriers to racial integration.
He also has some bad spending habits like a $34,000 table for his office. The man has no shame.
Then we have "Mad Dog" Mike Mulvaney (Director of the Office of Management and Budget) who is temporarily heading up the Consumer Financial Protection Bureau. Not long ago Mulvaney attacked the bureau. Now, he's turned it into a sick joke on consumers.
That's enough foulness for now. There's more examples, but I don't enough time, or space here.
Time for me to walk on down the road... 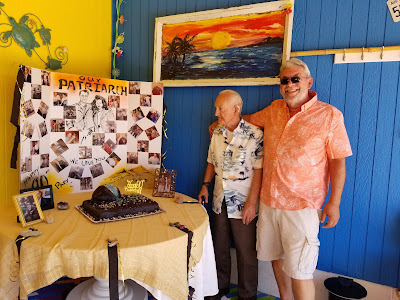 My Dad, Richard, and I, looking at some of his life memories.

My family, and I, are celebrating my dad's 90th birthday this weekend. His name is Richard Wayne Stancliff, and he's a WWII veteran who served with the Marines.

I'm very proud of my Dad and the many things he's done for our family. It's great to know he's in good heath...and that he's as ornery as ever!