In an Alternative Universe: President Trump and his Cabinet 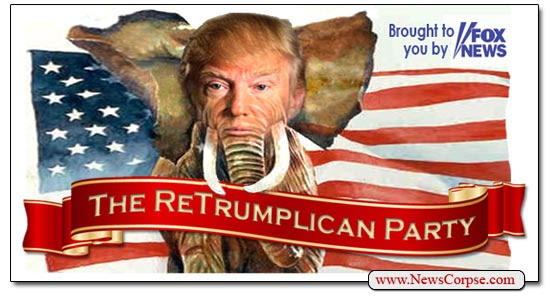 Editor’s Note: I’m taking Sunday & Monday off, but will be back on Tuesday August 4th.

Donald Trump recently said he'd "love" to include former GOP vice presidential nominee Sarah Palin in his cabinet if he is elected president. That got me to thinking, what if he were elected president – even if it was in another universe?

Try this on for size:

President Trump and his new cabinet:

Chris Cristie was selected because he was fatter than Trump and wouldn’t upstage him in photo ops. Plus, he’s bald and won’t compete with Trump’s toupee.

Sarah Palin will be the Secretary of the Interior because of her concern for the environment (motto - Drill Baby Drill).

Michele Bachmann will be the Secretary of Health and Human Services because of her backround in women’s reproductive rights, and claim that Terri Schiavo was healthy when she was in fact brain dead.

Rick Santorum will be the Secretary of Agriculture because he believes weed should be illegal everywhere and that Jesus wouldn’t approve of pot like he does of alcohol (wine).

Mike Huckabee as USA Ambassador to the Mission to the United Nations because he has been "to the ovens."

John McCain is the Secretary of Defense. His motto can be bomb, bomb, bomb Iran and anyone else because bombing should always be the first line of defense.

Ted Cruz is Secretary of Homeland Security because of his concerns about the Canadian border not being secure from illegal immigrants.

Scott Walker can be OMB, Dept. of Labor and Small Business because he has shown how to go from a slight surplus to a few billion in debt in Wisconsin.

As crazy as this administration sounds – it would probably be a hit with with some conservatives today. Now that’s scary.

Another Assault on Obamacare Fails – 49 More to Go?

For those of us who need a reminder of what stupidity is:

Stupid is trying to do the same thing over repeatedly, and expecting a different result each time.

The Senate rejected a GOP-led amendment to repeal ObamaCare that fell several votes short of a 60-vote threshold to advance.

For the record, the House has voted more than 50 times to repeal the health law in full or in part. You’d think after this many rejections the GOP would get the idea. But no…

Republicans are willing to let our infrastructure continue to crumble in order to repeal a health care law that’s provided over 8 million people with insurance who wouldn’t have been able to afford it.

“Repealing the Affordable Care Act has no place in a discussion about the highway bill. It's time for Republicans to move on,” he told reporters afterwards.

This marks the first time the senate has tried to repeal ObamaCare since Republicans took control of the chamber in January. Let’s hope we don’t have to suffer through 49 more doomed attempts to match The House record of 50.

Hunting for food is one thing, hunting for ‘sport’ is another! 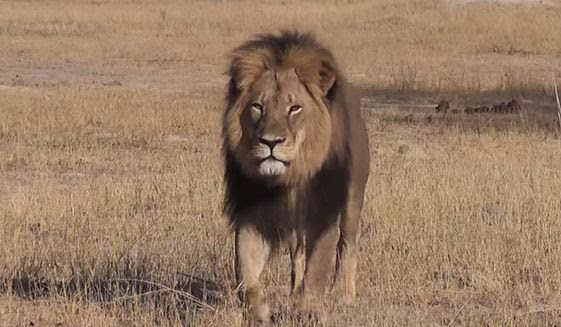 I don’t see anything wrong with hunting animals to eat. While I’m not a hunter, I can see the rational behind killing an animal to put food on your table.

It’s the hunters who kill just for the so-called sport of murdering an animal that disgust me. They hang animals heads as trophy’s of their one-sided hunts. They take pictures next to dead animals to show what tough guys they are.

What really riles me is hunters who pay to kill protected species like lions. An American tourist recently killed, one of the oldest and most famous lions in Zimbabwe, without a permit after paying $50,000 to two people who lured the beast to its death.

The two men have been arrested for poaching. They weren’t real guides. And as for that hero who shot Cecil the lion, he’s back in the states with Cecile’s head and skin hiding somewhere right now.

Big game hunter Walter James Palmer, a dentist in Minnesota (who closed his doors after this incident), has killed other protected species in the past.

Palmer who has a felony record in the U.S. related to shooting a black bear in Wisconsin, is being sought on poaching charges, but Palmer said he hasn't heard from U.S. or Zimbabwean authorities yet.

Laury Parramore of the Fish and Wildlife Service said the agency is "currently gathering facts about the issue and will assist Zimbabwe officials in whatever manner requested."

According The Associated Press, citing the Minnesota Board of Dentistry, the dentist was also the subject of a sexual harassment complaint settled in 2006. He admitting no wrongdoing and agreed to pay a former receptionist more than $127,000, the AP said.

He was also convicted in Minnesota court in 2003 for fishing without a license.

As long as you have enough money you can get away with anything. Even murder.

It’s sickening to me to see this dentist whose dreams are nightmares for unprotected animals. One can only speculate how many small animals he murdered while growing up.

If it’s that hard for the guy to get an erection (must kill something big) he should be taking little blue pills for the problem – not hunting animals.

I don’t see a sportsman in Palmer. I see a coward collecting animal parts to boost his ego.

Seems like everyone is jumping on the PAC bandwagon and forming new ones these days.

Perhaps the most unique PAC formed yet is the brainchild of a convicted cyberstalker and extortionist. You gotta ask yourself, who would donate to a PAC being formed from a prison?

The only thing I can think of is this PAC is for people with extreme ideologies and the ability to turn a blind eye to criminals as long as they follow the conservative brand.

This article from the Center of Public Integrity explains what’s happening:

“For the first time, a super PAC is being masterminded from behind bars.

Adam Savader this week formed Second Chance PAC — it may raise and spend unlimited amounts of money to influence elections — even though Savader himself can’t vote. That’s because Savader is serving a 30-month sentence in federal prison for cyberstalking and extortion after pleading guilty in November 2013 to the crimes.

A budding political activist who attended The George Washington University in Washington, D.C., Savader had previously volunteered for the 2012 presidential campaigns of Mitt Romney and Newt Gingrich.

Around the same time, Savader was hacking into women’s email accounts, stealing nude photos of them and threatening to publish the pictures unless they sent more, according to court filings.

Several campaign finance lawyers, normally a tough bunch to surprise, said this appears to be the first super PAC set up by a jailbird.” (source)

The great race to select our next Commander-in-Chief started like a small brush fire, but quickly became a full-on forest fire when Donald Trump declared he was running for president.

There’s nothing inspirational coming from any of the candidates. Instead would-be voters are invited to sit back, eat popcorn, and watch trumped-up dramas unfold like soap operas.

Donald Trump who owns the headlines is burning the Republican brand like an arsonist armed with a flame-thrower. The GOP is withering away under the extreme heat caused by Trump’s racist and anti-POW comments.

Fellow Republicans are turning on one another like piranha - either defending or attacking The Donald. Jeb Bush, a front-runner is suddenly losing ground to Trump. He seems dazed and confused. Reminds me of his brother.

Meanwhile, Ted Cruz is trying to get attention by emulating Trumps bombastic style.

You just have a group of people who don’t mind being polled a year before elections, and a good percentage of them are pissed off at the status quo. As for the general electorate, they’re sitting back and watching the circus/popularity polls.

From the fires a new president will emerge…

What could possibly go wrong? Trigueros del Valle, a small town in Spain, has voted to give dogs and cats the same rights as their human owners. The town is the first in the world to extend such rights to animals.

The bill also bans bull fighting, and “any action that causes the mutilation or death of a non-human resident.” Bull fighting has long been a hot topic in Spain amongst animal rights activists and there is hope that this landmark ruling could spread to other towns.

MEANWHILE BACK IN THE USA

For the first time in US history, a judge has decreed that a pair of chimpanzees held at a university research facility are covered by the same laws that govern the detention of humans, effectively rendering the animals as legal "people" in the eyes of the law.

New York Supreme Court Justice Barbara Jaffe said that the apes, held at Stony Brook University for research purposes, are covered by a writ of habeas corpus — a basic legal principle that lets people challenge the validity of their detention.

According to Science, the judge who said that a pair of chimpanzees were covered by a writ of habeas corpus has amended her court order to remove that wording. 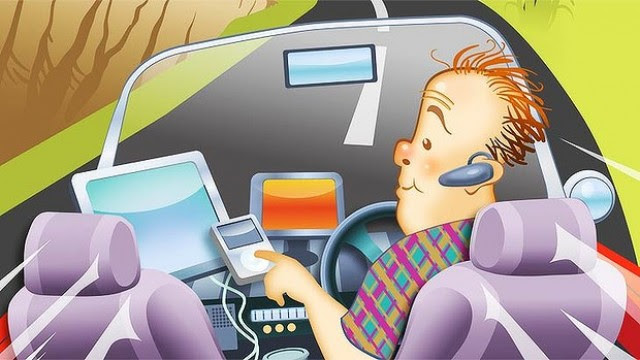