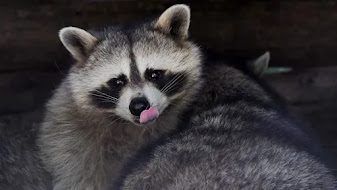 Recently CNN's Joe Johns was live on camera when he was suddenly attacked by a marauding raccoon in the front of The White House.

Apparently there was a gang of wily raccoons who took up residence on the White House lawn. The rascals were an ongoing problem, attacking numerous news crews filming in the dark.

Federal authorities reacted by setting traps for the raccoons using marshmallows as bait. (who knew?)

This effort was recorded by a White House producer for NBC News who shared some fun footage showing Secret Service agents trying to wrangle a raccoon from a tree.

Warning! Don't try to catch a raccoon up a tree in your yard. Not only is it dangerous, it's stupid. Unless of course, it's a matter of national security where trained Secret Service agents agree to help. 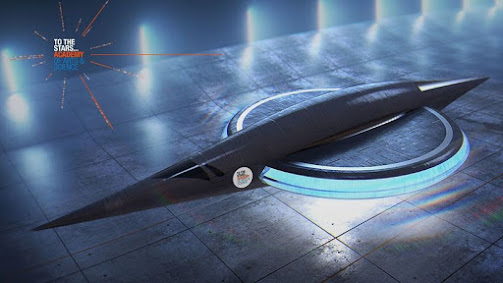 A TTS Academy concept for a vehicle embodying the technology of UFOs.

A couple of weeks ago a former high ranking DOD official confirmed UFOs are real.

After leaving his post at the Pentagon, Luis Elizondo claimed that an official UFO Program exists.

Since then, Luis officially marked the launch of To The Stars Academy of Arts and Science (TTS/AAS). The goal is to release game-changing information about UFOs and to make one of their own.

Frankly, it's hard to tell if this is a really serious effort, or the works of a bunch of college educated conspiracy kooks on crack.

A lot of "ex- government" types have banded together to prove there are UFOs, and to copy the alien technology behind them.

That's assuming any alien contact will be peaceful. No way of know that until it's too late and the planet gets invaded.

Just saying. I wish this aspiring collection of scientific stalwarts well in their efforts. If all goes according to Hoyle, the universe will be our pearl some day.

Quote for the Day; "Those were strange days, now that I look back at them. In the midst of life, everything revolved around death." -Haruki Murakami