Exploring the Fine Line Between Propaganda and Public Relations 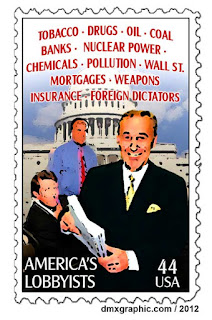 Public relations and propaganda are not that far apart. Sometimes the two are so intertwined it's impossible to know where one starts and the other leaves off.

Propaganda: information, especially of a biased or misleading nature, used to promote or publicize a particular political cause or point of view.

Public Relations: is the practice of managing the spread of information between an individual or an organization (such as a business, government agency, or a nonprofit organization) and the public.
(source Wikipedia)

After the Nazi Seizure of Power in 1933, Joseph Goebbels' Propaganda Ministry quickly gained and exerted controlling supervision over the news media, arts, and information in Germany.

What resulted was pure propaganda.

Today America is the home of more lobbying firms than any other country on the earth. Even more troubling;

A Center for Public Integrity review of records disclosed to the Justice Department reveals that the 50 countries with the worst human rights violation records have spent $168 million on American lobbyists and public relations specialists since 2010.

The result? Propaganda, or Public Relations? It seems pretty clear cut to me, but apparently these companies get away with mixing the two for big money.

What’s more, the number of active contracts for representing countries with poor human rights records has climbed by 40 percent from 2013 to 2015.

Army Food Cookbook? Things sure have changed since I served 47 years ago... 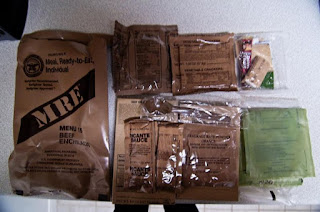 Back when I was in the Army the last thing it was known for was good food.
Army food was a bad joke.
(Photo: Rian Castillo/Flickr)

It seemed like our government didn't think "good food" was a priority back then. I certainly wasn't a fan of our MREs (Meals, Ready-to-Eat).

Interestingly enough, I did like some of the WWII rations that still made the rounds like Beans & Franks. Put some McILHENNY's Tabasco sauce on them, and I was a happy guy.

The US Army Institute of Environmental Medicine is currently investigating how military food rations affect gut health. That's got to be a first!

The Institute is actively recruiting volunteers for a 21-day study to determine if there's enough good gut bacteria in the military diet.

And get this, Army dietitians have even devised a cookbook that utilizes MRE foods! Hard to believe. Forgive my skepticism, but until I try these new MREs (which frankly isn't likely) I'll reserve judgement on how good they taste. 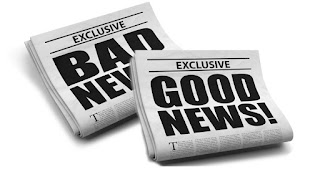 A balanced look at things happening in the world around us can help us keep a healthy perspective on life.

The Good News is it looks like North Korea doesn't have a hydrogen bomb.
The Bad News is the North Koreans are still testing nukes in violation of international law.

The Good News is President Obama can (and will) veto this latest effort to dismantle the Affordable Care Act, continuing health protection for 19 million people.
The Bad News: This is the 62nd attempt to derail the current health care system and the GOP still haven't given up after five years of futility.

The Good News is the first scientific risk assessment of the much-debated class of pesticides called neonicotinoids and how they affect bees on a chronic long-term basis has come out in a recent study.
The Bad News is don't expect any future action on this pesticide to solve the dwindling bee problem because it's not just this pesticide alone, but a complicated puzzle that includes lack of food for bees, parasites, disease and the way different pesticides and fungicides interact, said bee expert May Berenbaum at the University of Illinois.

Social Media vs the Real World: The Disconnect Should Come With Disclaimers

"It's sickening the way they're always showing pictures of themselves eating at fancy restaurants on Facebook."

"I know. How many people can afford to do that? Everytime I see a post by them I cringe. They must eat out five days a week!"

How many people do you know that actually get upset when they go on Facebook, or some other social media, but can't seem to stop themselves from returning daily?

How about the comment sections after a news article? If you've been brave enough to enter one of those social cess pools you know what I mean.

People say things to each other that they normally would never dare say face-to-face. Some are just trolls. We all know about that sorry segment of humanity that lurks in the nether regions of social media outlets.

What I see happening is a growing disconnect from the world online/TV and the real world. Many people have no real social lives so they create online lives to fill that void.

Like anything, moderation is needed to lead a balanced life. One in tune with humanity, but able to deal with technology.

It gets even more confusing when watching so-called Reality Shows. The bottom line: entertain the audience with so-called real life stories. You know the ones I mean.

The problem is most people - especially older Ameicans - are not that tech savy. The 21st century offers outlets for communication never dreamed of before.

Maybe there should be manuals for folks over a certain age on how to deal with these all of these social media outlets without going crazy. 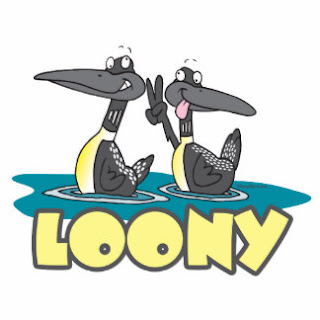 "Birds are indicators of the environment. If they are in trouble, we know we'll soon be in trouble." - Roger Tory Peterson

It's unclear how many, and what types of birds have been affected by the Loony invasion.
Here's what we know:

Malheur National Wildlife Refuge was established on August 18, 1908 by President Theodore Roosevelt as the Lake Malheur Reservation. Roosevelt set aside unclaimed government lands encompassed by Malheur, Mud and Harney Lakes “as a preserve and breeding ground for native birds.”

You can find over 300 types of birds there. Here's just a sampling:

You won't find Loony Birds on the list. Crazy Loons just aren't welcome. That's because they don't belong there.

Thus far, authorities are letting the Loonys strut around the building in hopes they'll get bored and fly off to the lower regions of Florida, where they can hang out with more like-minded species such as the Mangrove Cuckoo  population.

Birds of a feather and all.


Feds monitor armed group in Oregon, but keep their distance

The 'In's' and the 'Out's' of Political Correctness in America 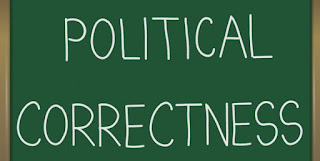 I'm going to talk about political correctness today because it's a subject we all have to deal with at one time or another in today's society.

Let's start off with the definition of the term:

noun - "Avoidance, often considered as taken to extremes, of forms of expression or action that are perceived to exclude, marginalize, or insult groups of people who are socially disadvantaged or discriminated against." via Wikipedia

With that established we can move on to the controversial part.

Example by Jeff Deist via The Mises Institute -


"Political Correctness" Is About Control, Not Etiquette

A different view from The Economist:

From 'Decline Of Ideas' part of 'A Study Of Our Decline'

The Origin and Nature of Political Correctness

A more positive take on Political Correctness comes from The Atlantic in this article:

An Optimist’s Guide to Political Correctness

My opinion on the subject is simple, yet starightforward:

Use common sense and,"... do unto others as you would have them do to you." (King James, Bible) 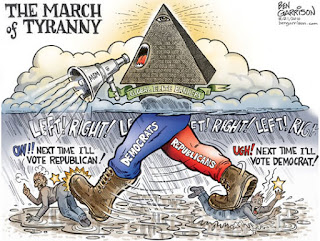 We face a growing cultural divide in America that seems to get nastier every day. I call it buying the brand.

The result: increasing racial and religious differences between Democrats and Republicans that make it easier for voters to see their opponents as threatening, as "others."

Non-whites now account for 45 percent of Democratic voters on the national level, but only 11 percent of Republicans.

Along with increasing awareness of party differences, increasing negativism toward the opposing party has contributed significantly to the rise of party loyalty and straight ticket voting in recent years.

Liberal and conservatives have separated into completely different camps. Once you could find them in both. The differences between the parties have become so marked and clear that even Americans who seldom follow politics can tell them apart.

So they pick a side, and stick with it.

There's also evidence that voters are sticking with one party not because they're excited about it, but because they dislike, even fear, the other side.

Their conclusion: The trend is driven by what they call "negative partisanship."

In other words, fear and antipathy. Voters aren't so much trying to elect someone as block someone else from winning.