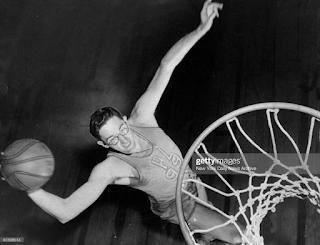 (Editor's note: Before I comment on this year's horrible season a little history is in order.)
When the Lakers came to Los Angeles in 1960, I was 10 years-old and thrilled.

They were from Minnesota and became the first West Coast basketball team.

They had future Hall of Famer, George Mikan (top photo), who was the most dominant center in the league at the time. Forward Jim Pollard and point guard Herm Schaefer (both future HOFers) also came to Los Angeles. 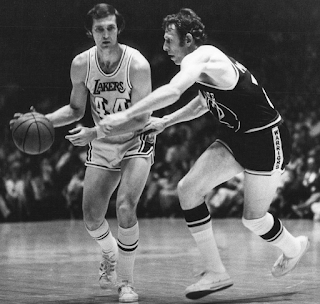 During the 1960 off- season the Lakers signed Jerry West from Virginia University.

In their second season they got Elgin Baylor who set a new NBA scoring record of 71 points. 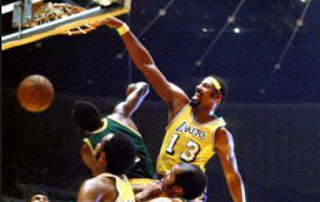 I remember how excited I was when the Lakers got Wilt Chamberlain in 1968.

It was the same year I graduated from high school. 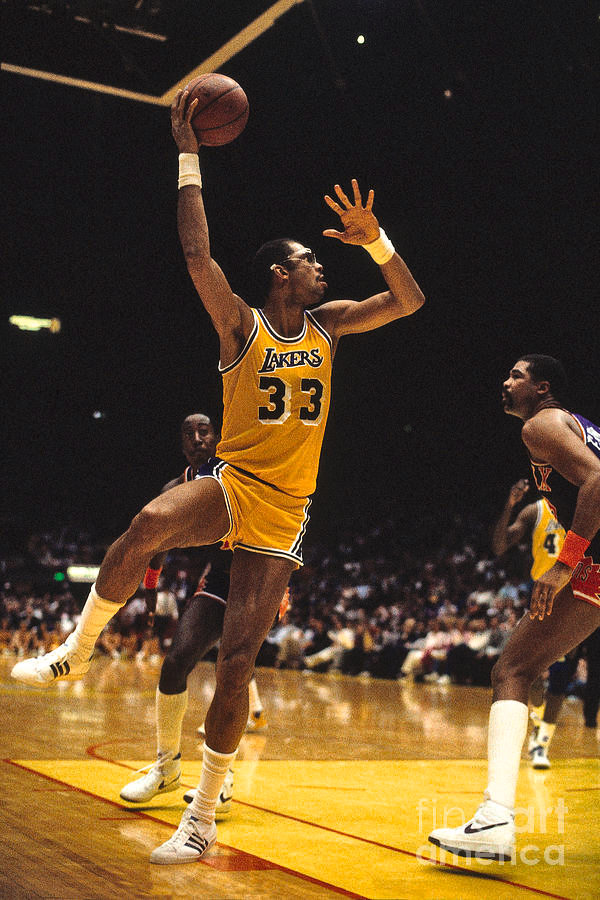 In 1974-75 the Lakers acquired Kareem Abdul Jabbar who had won three league MVPs by that time. 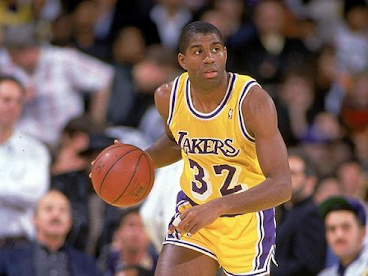 The Lakers drafted Magic Johnson, a 6-9 guard from Michigan State who turned the basketball court into Showtime and led the team to five championships.

He played 13 seasons and was honored as one of the 50 Greatest Players of the National Basketball League in 1996.

He appeared in nine NBA Finals, 12 All-Star games, and ten All-NBA First and Second Team nominations. His accomplishments are too numerous to show them all here. 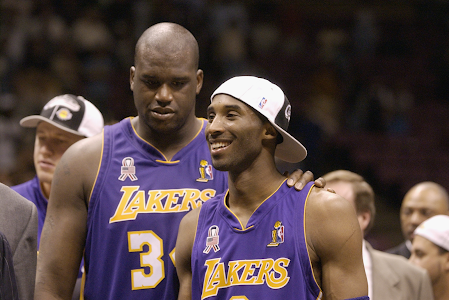 The Shaq and Kobe era

They put together a Three-Peat of Championships (1999-2002.) The dynamic duo also won another championship in 2009.

Tragically Kobe Bryant was killed in a helicopter crash on January 26th, 2020. 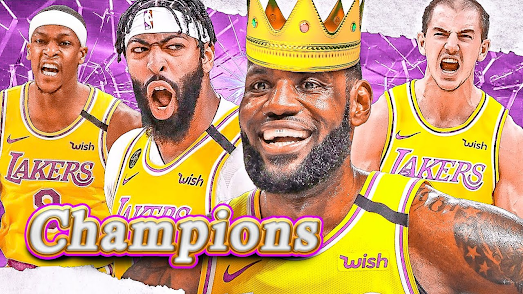 The Lakers under LeBron James and Anthony Davis won a championship in 2020. The last two seasons were a disaster. The once proud Lakers didn't make the playoffs this year. 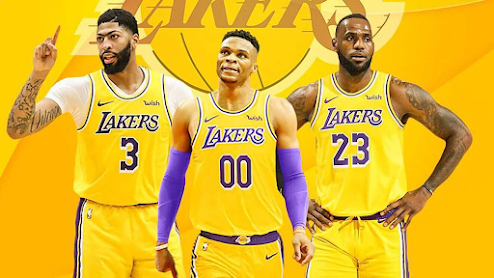 With two meaningless games left this season it's garbage time. The big three, LeBron James, Anthony Davis, and Russel Westbrook (acquired this season in what turned out to be a major disappointment) are benched.

Like the season before, injuries played a major role in their loses. But it was more than that. There was no chemistry and coach Frank Vogel failed to ever build a decent defense.

Despite being biased, I have to be honest in my evaluation of this year's team. It was the WORST TEAM in Laker history.

That doesn't mean I'm giving up on them. They are a great team with 17 championships and next season they'll have an almost all new cast that can avenge this terrible season.

I'm a Laker fan through thick and thin and nothing is going to change that.

All of the Bigly News Starting with Congo Lines 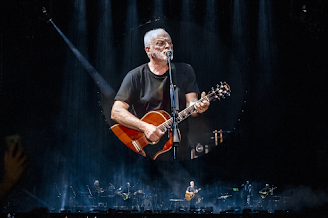 The only thing missing was music.

It was still entertaining watching GOP House members moving along in a Congo Line that wove in and out of seats.

It was quite a sight watching each member approach a podium and recite the same couple of lines ending with "...Biden's immigration crisis."

It didn't matter that the House was convened to advance Ketanji Brown's nomination to the Supreme Court.

It didn't matter that the subject of Immigration was being held in another meeting down the hall the same day (!)

The reason they changed the subject - in a weak-assed effort to filibuster - was to waste time like petulant children.

It didn't matter, however. Ketanji Brown was confirmed yesterday.

The biggest bitch in the House, Marjorie Taylor Greene decided to end the false controversy about what a woman is, tweeting... "A woman comes from Adam's rib. Women are the weaker sex" and "are made to be partners with men."

I'm not going to touch that with a ten-foot pole!

Under the ongoing investigations of Trump's corrupt life, a New York Attorney General asked the court to hold him in contempt for not obeying the court's orders to turn over documents pertinent to the case.

This is just par for the course for Don the Con.

Governor from hell, Ron DeSantis, has picked a fight with Disneyland in Orlando over the park's support of the LGBTQ community. Now the right-wing extremists are boycotting Disney and Oreos (I explain about the Oreos shortly).

For the record cutting off followers from the rest of the world is a standard cult tactic - and central tenet of Trumpism.

As for the cookies, the self-declared MAGA patriots are so furious at Oreo for sponsoring a pro-LGBTQ short film they're boycotting the company.

To be exact they're not boycotting the company that makes them - it's a multinational corporation that owns hundreds of brands. They are just boycotting Oreo cookies. Don't ask me how that works.

My Favorite Headline and Story

Proving he's a scum bag of the lowest order, Tom Cotton put on a performance worthy of the theatre of the absurd, attacking her for defending people.

On the Positive Side Pink Floyd reunites to Support Ukraine

I'm excited to hear that after a decades-long hiatus from recording new music, the band is releasing "Hey Hey Rise Up" in support of humanitarian relief in Ukraine.

That's about it for today boys and girls. Stop by anytime and check out some past posts for kicks.

Join the Whiners Club Where Friends Gather to Bitch About Stuff 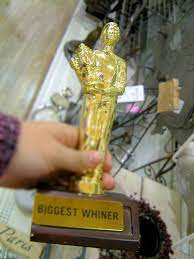 First off, membership is free in the Whiners Club, so you have nothing to lose.

What the hell is the Whiners Club, you ask?

It's an offshoot of the Shriners that I made up about 48 hours ago.

The purpose of the club is simple as rain. Everyone takes turns bitching about whatever bothers you.

There's a five-minute round where each member of the group launches into a gripe session. The next round gives everyone 10 minutes to rant. The final round goes back to five minutes.

1. Alcohol must be served. Wine or Whiskey. Beer or Tequila. As long as everyone gets soused by the second round.

2. No limits on the subjects that irritate people.

3. Everyone has to be vaccinated!

When groups get too big (maximum size of 10 is recommended) new chapters can be formed anywhere in the world.

New members will enjoy the therapeutic benefit of safely venting so much that I expect the Whiners Club will eventually replace all religions.

In time there may be open Whiner Circles in public places if the movement catches on like I suspect it will.

Just so you know, there's no one person in charge in the Whiners Club chapters. The person hosting meetings gets the ball rolling and the session ends by mutual consent.

On Old Friends and Memories 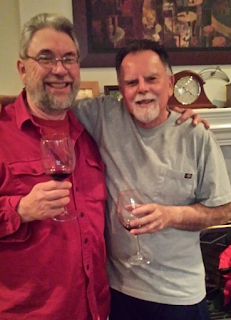 My best friend since high school is visiting today. It's been nearly three years since we saw each other.

The pandemic played a major role in not visiting for both of us. We did stay in touch with emails and phone calls.

"Time doesn't take away from friendship, nor does separation."

He and I weren't model students. We would have won the "Most Likely Not to Succeed" award if the school had that category for seniors.

We were the smokers, dopers, and the jokers in our class. Once we smoked that first joint, we became wannabee hippies, turning our noses up at fellow classmates who were considered "straight." Because, you see, we were experienced (thank you Jimi Hendrix).

Here's the thing, we both act like complete fools when we get together. No subject is sacred as we fillet extremists like fish, and roast Republicans at every opportunity.

"It's one of the blessings of old friends that you can afford to be stupid with them."

We are both basketball Joneses. After school we played pickup games.

We liked challenging people playing two on two basketball. Really had some memorable games like when we played two sheriff deputies while we were peaking on LSD.

We are both Vietnam veterans. I was in the Army, and he was in the Navy.

He's a retired Postal employee who is still active with the Postal Union.

All in all, I expect this day to be full of laughter and memories.

Clown Hall of Fame Announces, 'Clown of the Year' Award and New Inductees 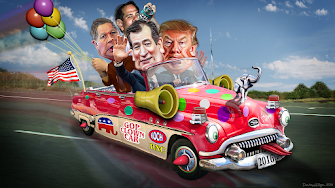 For the past five years Trump has won the coveted "Clown of the Year" award.
He did it again this year, to no one's surprise.

The Clown Hall of Fame also announced this year's new inductees. Some of them have been clowns their entire career and others were relatively new on the political scene.

Boss Clown - the clown responsible for the others (currently Trump)

Whiteface Clown - the next highest status in the clown hierarchy: Origin dates back to 1801. The face and neck are covered with white makeup, mouth painted in a grin, and black eyebrows.

Auguste Clown - This clown face is painted in pink, red, or tan. His mouth and eyes are painted white and his lips and eyebrows in black. This category's character is that of an anarchist, a joker, and a fool.

Mike (Pillow creep) Lindell shared his latest plan to sue all the machines in America.

Steve Bannon detailed how a coming Civil War will happen.

Roger Stone - gave a lecture on how to lie like a mob boss.

The Demigods in Our Democracy 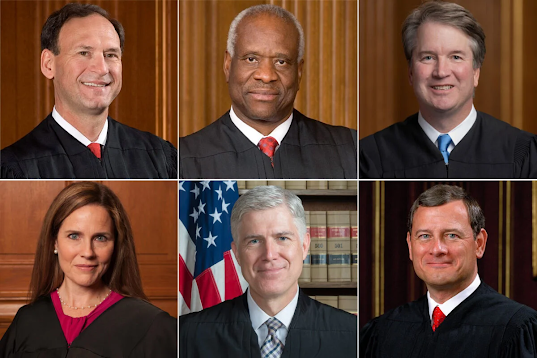 These judges have all have one thing in common, they've been groomed by the Federalist Society.

They are above the law of the land.

Yet they enforce laws.

They have lifetime appointments and are virtually untouchable.

They are the end of the line in our democratic process where decisions are made that affect everyone in the nation.

There is no way to appeal their decisions.

Like demigods they rule the highest court in the country from their unassailable positions of power.

They are the Supreme Court justices.

People once trusted those judges because they were led to believe they make unbiased rulings.

That's no longer the case.

The Supreme Court has become a place where partisan politics are firmly entrenched.

That's why political observers say it's a conservative court. Republicans have polluted the confirmation process by grooming candidates backed by the Federalist Society.

We're seeing the effects of this new conservative court that is threatening Roe v. Wade, an established law.

Now we're faced with a judge, Clarence Thomas, who clearly supports his wife who was part of the illegal effort to overthrow the 2020 election.

When he didn't recuse himself on a decision to turn over White House records that involved his wife's conversation with Trump's chief of staff, Mark Meadows, Clarence Thomas crossed the Rubicon and joined the enemy of freedom - the party of Trump.

But because he is a demigod there will be no consequences. He won't get into trouble, nor will his wife who joined the insurrectionists in an effort to disrupt the legal process that made Joe Biden our president.

It's no wonder that Americans view of the Supreme Court is so poor. They no longer trust the partisan hacks that sit on the bench and make decisions that enable the enemies of democracy to shred the Constitution.