An extension of the Big Lie in Arizona suffered a serious setback after a draft of the sham audit was revealed yesterday.

In what has to be described as poetic justice the review found more votes for Biden. The exact opposite of what the schemers behind the audit expected.

Despite the findings that are being released today, this seed of sedition has inspired other red states to consider sham audits too.

States on the verge of fake audits like Texas, Pennsylvania and Wisconsin, were inspired by the six month partisan effort in Arizona to discredit Biden's victory in 2020.

Trump's ongoing efforts to overturn a legal election result (considered to be one of the safest elections in memory) has not slowed down since getting booted out of the White House.

From the start it was apparent that the bogus effort at auditing the 2020 election results in Arizona had two aims.

First, to discredit Biden's victory in the key county of Maricopa, that helped Biden become the first Democrat to win the state since 1996.

The second and even more important goal was to appease Trump and curry favor with his core supporters, whose devotion is the driving force with the Republican party today.

The whole shit show was a display of shameless misinformation and an assault on truth driven by a conspiracy-theory driven conservative media.

Predictably, Trump will attack the results after putting so much time and money into discrediting the 2020 election. His spin on it will come from the whole cloth of the Big Lie.

As other states consider "jumping the shark" to perpetuate Trump's attempt to destroy our electoral system, we'll see their efforts end in the same shameful way the Arizona one did.

When Are We Going To Stop Giving Cranks Platforms? 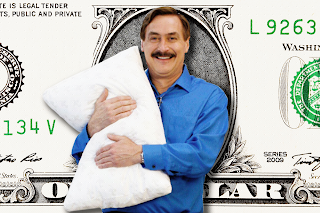 One kind provides nothing but misinformation.

The other kind provides facts and real news...up to a point.

Misinformation has become so popular Trump and his minions have crossed the Rubicon and bled into the mainstream news. People who should be locked up for their own safety, are guest hosts on national news and cable TV outlets.

Go back 20 years ago when someone like the Pillowclown, Mike Lindell, would have been laughed at so hard he wouldn't have been able to show his face in public for the rest of his life without being mocked.

Fast forward to Lindell today, a crazed conspiracist predicting Trump will become the president again on Thanksgiving. His prediction was picked up by the mainstream media.

It's bad enough that the other hate platforms like Fox, Newsmax, Oan, etc., exist to carry outrageous lies to extreme right-wing consumers, but crossing that line between fact and fiction is more than worrisome. It's dangerous to democracy.

Why would any serious news group want to promote a lunatic by giving them airtime?

The cynical answer is that people watch them (for whatever reason) and that equates to money. The almighty dollar gets bowed to more than anybody's god in the 21st century.

As a former newspaper editor and publisher, I've watched with growing dismay as the legitimate news business has become another whore to the bottom line.

What happened to integrity? Using common sense? How have facts suddenly become debatable?

It's not impossible to turn this around. Instead of being carried with the legitimate news, all crank features and Trumpworld news could be broadcast after the serious news is over.

The news platforms could name the program "Today's Crank Fables" with the motto, "Don't Believe What You See and Hear - Unless We Say It."

Fair Warning! Satire Ahead: Things To Do In Florida 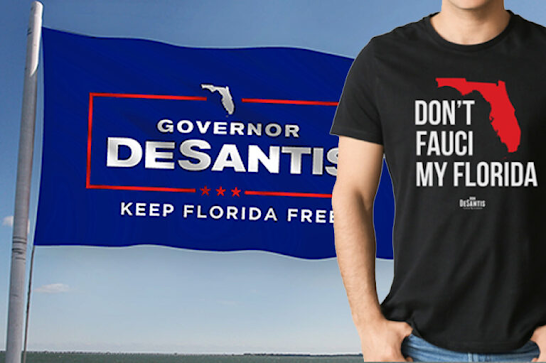 Welcome to Florida, the Sunshine State, where science is banned, and no one can tell you what to do. 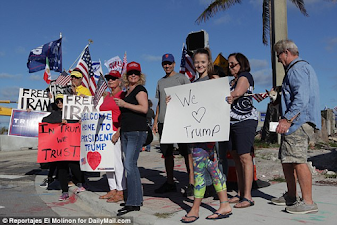 Watching the Trump supporters line the streets to his beach resort (mar-a-lago) every time his Orangeness is in town. It's free, and you'll get to see deplorables up close.

Take a tour bus that stops at all the locations where Trump held raucous rallies in 2016, and 2020. Vendors will be there offering MAGA gear at a discount. 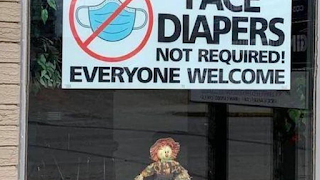 Bon Apitit!  You don't have to worry about COVID masking restrictions when you go out for a meal because the governor doesn't believe in taking safety measures, and fights all attempts to mask anywhere, including the schools.

There's 15 places to find adventure, including the popular guided MAGA walk through the Everglades. The trail will be open all week this fall. Liability release forms for visitors available at numerous kiosks.

Attend an outdoor lecture in the same Florida swamp that Trump and allies plotted the overthrow of Democracy. The lecture lasts 10 minutes because studies show no MAGA follower could focus any longer than that.

Make sure to take souvenirs from your visit to remind yourself how fun it was experiencing an alternate universe where Trump is still the president. 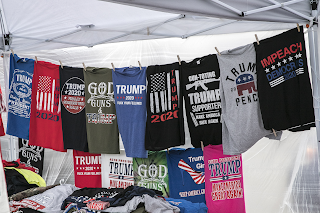 One of the most popular souvenirs is a T-shirt dissing Dr. Anthony Fauci (Don't Fauci My Florida) by truth denier Gov. Ron DeSantis on his website.

MAGA vendors reported a shortage of the T-shirts last week, but the supply problem was quickly corrected.

To guard against any facts supporting masking and vaccines, DeSantis appointed a State Surgeon General that thinks the earth is flat.

Enjoy your stay by taking a couple of simple precautions:

1. DO NOT wear Biden T-shirts or hats.

2. Avoid wearing too much blue clothing so you don't stand out in crowds and become a target for a right-wing extremist that might think you're a liberal. 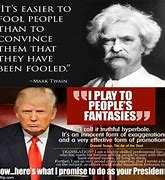 There was a calculated reason why Trump chose not to get involved in the Sept.18 rally supporting convicted insurrectionists.

He knew that violent rallies were no longer necessary because his fascist political movement is winning.

His minions have been busy changing voting laws in numerous states to promote voter suppression laws that target Democratic minorities.

Republican rallies have morphed into anti-mask rallies and critical-race theory rallies intended to obstruct the electoral process and to introduce chaos into local politics.

It's not so much the followers we should worry about. It's the authoritarian movement growing in what use to be the Republican party. With nearly half of Republicans believing the Jan. 6 coup attempt was legitimate protest the breakdown of reality has been devastating.

In an article by Aymann Ismail for Slate magazine he discusses "How Fascism Works."

So if the police go against the leader, they’re not law and order. The fascist leader needs the police on his side because he needs them to crack heads when he seizes the election and does a coup, but if they’re not going to be for him, then the patriotic law-and-order people are the people who are attacking the police."

What's happening now is Trump is playing the long game after nine months of trying to overthrow the election with no results.

By mobilizing grassroots people to attack school boards the Trumpies are creating the type of chaos that benefits them the most. They're even taking over precinct-level positions.

Coupled with an all-out effort to discourage vaccinations for political reasons, the Republicans have decided on a scorched-earth policy of vicious lies to pander to an ever-fearful base.

Naturally, they don't appreciate the irony of literally dying unvaccinated so they can "own the libs."

Republicans are on the wrong side of reality and science, because they've surrendered to a wannabee dictator. 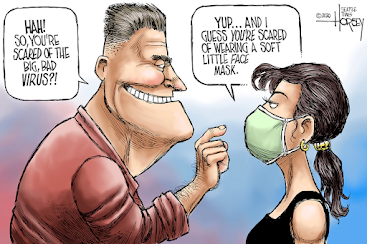 National medical experts recently announced the current pandemic deaths are about to surpass the death toll of the infamous 1918 Pandemic.

There's a growing concern in the medical community that we're looking at annual pandemics where the COVID-19 virus will continue to mutant into deadlier versions every year because of politics.

Not because we can't develop treatments and vaccines to combat the coronavirus. That was accomplished in record time.

What we can't seem to do is to overcome massive misinformation campaigns about how the whole pandemic is a hoax perpetuated by liberals or some deep state operatives that hate conservatives.

The situation doesn't look to change in the near future. The blue tribes and the red tribes are firmly separated by fact and fiction.

I recently read about two people who went into a restaurant in the South wearing facemasks because they wanted to be protected, but the owner kicked them out.

Why? Because he was one of too many assholes in the country that don't believe the pandemic is real; so he ejected the couple for WEARING facemasks.

A group of Texans went to a restaurant in NYC the other day where masks must be worn indoors. Members of the group assaulted the hostess (sending her to the hospital) and were arrested for assault.

The result is we're living in a "Groundhog Day" cycle where people continue to die needlessly because they won't get vaccinated, preferring instead to use bleach or ivermectin (a horse de-wormer) to combat the virus.

This opposition of facts has crystalized under the Trump regime, and continues to contaminate all attempts to unify people under facts and science.

This may sound harsh, but needs to be said; if the red tribe wants to reject reality then it's their own damn fault when they die coughing their lungs out in a hospital.

At some point, after culling the herd of disbelievers, we may get a handle on the virus and avoid unnecessary pandemics in the future.