We know the definition of stupidity is doing the same thing repeatedly and expecting a different result each time.

Trump's grievances are legion and the last thing he really cares about is moving on and promoting future policies.

Here's the thing; Republicans know he's crazy and has no intention of helping most GOP candidates for the midterms.

The exception is he's promoting Trumpian GOP candidates over the traditional Republicans who dared to defy him.

You have to wonder about the sanity of Trump's extreme followers who believe he's going to be the president again this August. Do they really believe that?

The scary part is I think they do. Trumplicans live in an alternate reality led by a failed reality star who is certifiably crazy.

In the end reality wins out, as each of Trump's claims are disproved and are so far out that no sane person can believe them. Trumpies cannot turn truth away because they're stupid.

Trump-loving extremist Marjorie Taylor Greene compared mask wearing to the holocaust and GOP House members only murmured that it wasn't nice for her to say.

She also compared the Star of David patches Jews had to wear during WWII with masking.

Everyone who buys into that insanity needs to wear a Red Badge of Stupidity so we can avoid them.

All The Truth Won't Come Out: Why Even Bother Questioning Former WH Counsel Don McGahn? 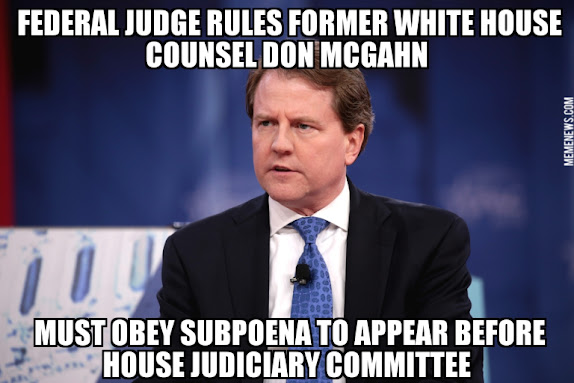 It's a waste of taxpayer money. A farce. Why is today's deposition even happening? Most of what the House Judiciary Committee wanted to know WILL NOT be revealed.

McGahn's obstinance in protecting Trump during the Mueller Russia investigation frustrated lawmakers who knew he had the answers they were seeking.

The hearing will be behind closed doors and only open to House members (no staff). Because of the ground rules McGahn's testimony has been carefully negotiated to prevent full public disclosure.

A transcript will be made available to the public after the DOJ scrubs anything they find objectionable. The content has already scrubbed before the committee even gets to see it today.

Finally, the DOJ can assert executive privilege to block questions, and McGahn himself can clam up if he considers the question beyond the scope of the agreement.

So why even bother?

It's the right of the people to know what happens within and to their government. That right stands superior to institutional interests of the branches of government.

But we already know the outcome of this wasted exercise because lawmakers and lawyers have already determined it.

In the end the Biden-Garland Department of Justice, by continuing to defend its predecessor's legal claims against oversight, also worked against the nation's paramount need to know. 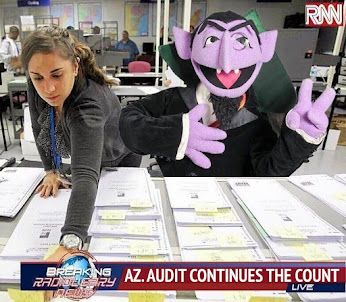 Inspired by their supreme leader Trump Republicans have taken on a new grift to steal the next election.

It started with the sham Arizona audit and was quickly followed by another audit stunt in Georgia.

The stunts are not over. Just the opposite; they're spreading to other swing states with even crazier methods to distribute false narratives to muddy up the midterms and the 2024 presidential election.

Wisconsin is the latest victim of the GOP assault on our electoral system. The top Republican in the state Assembly is hiring three retired police officers to investigate the 2020 election.

It sounds crazy, because it is. Chaos is the order of the day and creating it in presidential battle ground states is the current Trumpian marching orders.

The attack against Wisconsin voters will be waged by three unqualified partisan stooges who will be given subpoena power, and the taxpayers are being stuck with the bill!

The three stooges mission is to follow tips about voter fraud, or "election problems(?)."

Claiming that a sizeable chunk of Wisconsin voters believed (no proof) the election was illegitimate, state Assembly Speaker, Robin Vos, used Trump's Big Lie as justification for their scheme.

Hoping to create any kind of controversy, Vos is also playing the Trump Money Game where you fundraise off of lies. The so-called investigation is supposed to be wrapped up in the fall.

With Trump leading the way, the lost souls who still follow him have learned how to be world class grifters from their master. 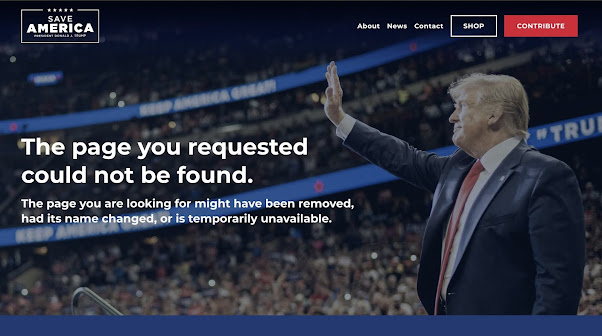 It was inevitable. Trump actually canceled himself.

Trump's aide, Jason Miller confirmed this morning that the former president's "communication platform" (or blog as the rest of the world called it) has been shuttered after 29 days.

Like most enterprises in Trump's life it failed, adding another notch in his loser's column. No one was reading it. Trump's imprint on cyberspace has shrunk dramatically (91 percent according to the latest poll) since he was banned at Facebook and Twitter.

Hence the plan to go back to his signature rallies this month. The great carnival barker has been forced to take his act on the rode again.

"Please help me make a list of things that outlasted Trump's blog.

* My goldfish, Steve, when I was seven

*This feeling of dread.

I'd like to add to this tread by saying good riddance!

How The 'Big Grift' May Lead To A Civil War 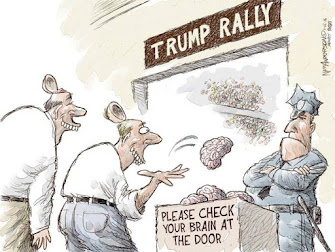 Trump put together the biggest grift of his career and ran for president.

His success was partly because of his rallies.

They were political rallies unlike any other in American history. They were filled with lies, racism, and a mishmash of conspiracy theories.

After four years of indoctrinating his followers with an alternative universe most are now so far gone mentally they believe Trump is still the president.

This mass delusion is getting deadlier by the day and is now a direct threat to democracy. Trump's attempts at dismantling our electoral system almost worked.

He's still trying however, and his minions in Republican dominated states are doing their best to suppress voting.

Rallies without Trump, but promoting him are being held throughout the country. The most recent was Sunday at an event organized by QAnon adherents and included QAnon-specific branding as part of its look and feel.

Former Trump national security adviser Michael Flynn made the most headlines from the rally by endorsing the idea that the country "should" have a coup like the one in Myanmar that deposed that country's leader.

With the coup attempt on the Capitol on Jan.6, the first shot in what may end up being a civil war were fired.

Trump's acolytes are going further down the rabbit hole and getting more militant by the day.

By furthering "The Big Lie" Trump supporters are divorced from reality and looking to remake our country into a dictatorship.

One of Trump craziest followers, Sidney Powell claimed, during the rally, that Trump will become president again this August.

Right now it's only rumors of war, but if Trump's latest grift works we may be faced with a civil war and the end of democracy as we know it.

Memorial Day: A Day of Remembrance and Renewal 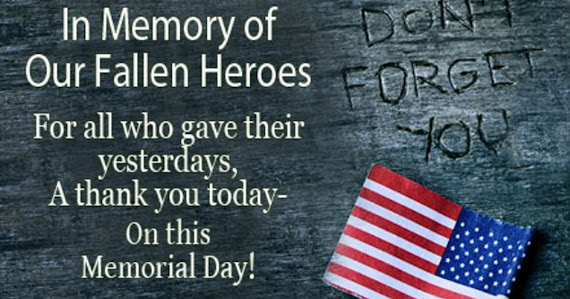 In its purest form Memorial Day is a time to remember our fallen heroes from the nations wars.

However, an offshoot of today's holiday is a call for renewal. Americans must come together, not just to remember our fallen, but to protect democracy.

Those men and women who gave their lives for our freedoms are dishonored by the deep divisions in our society today.

They died to preserve a more perfect union and the current polarization is tearing the nation apart.

Setting politics aside and celebrating Memorial Day brings us together for a positive reason.

It's a time to pause and remember those who gave the ultimate sacrifice so that you and I could live in a free democracy.