Today, I’m going to ask 3 questions to spur your interest on some current events:

1) When do you know for sure that your not slowing down ISIS, a Muslim terrorist organization?

a) When they increase their numbers after US coalition attacks?

b) When they confidently mint their own currency in Gold, Silver, and Copper?

c) When they continue to take over cities despite numerous US coalition airstrikes?

d) All of the above.

3.) Can Scientists really read your brain?

c) Not yet, but they’re trying to.

Riots don’t solve social problems, they contribute to them

The citizens of Ferguson and Berkeley, Mo, are living in fear.

They fear that if a grand jury decision doesn’t indict a white cop for shooting a black youth their community is going to be in a state of war for days – perhaps even longer.

Welcome to America in the 21st century.

“City of Berkeley, Missouri alert to residents about the upcoming grand jury decision regarding Ferguson police Officer Darren Wilson fatally shooting Michael Brown. Ferguson, which borders Berkeley, was home to protests and riots after the police shooting. The bulletin advises Berkeley citizens to "make sure your home and family are prepared for a period of disruption."

Thousands of lives disrupted. For what?

A case that has been tried in the public court and judged by hot-headed activists. That’s what is happening.

To take Michael Brown as an example of all the innocent black young men that have been treated badly by cops throughout the nation, is a travesty.

We know, from a film taken minutes before his death, he was a thug. Anyone who walks into a store, steals cigars, and shoves innocent people aside in distain, is not a good example of black youth being unfairly treated.

Most people don’t really know the whole story. All they’re hearing is a one-sided account from his thug friend (who was with him in the store film). Yes, there were conflicting accounts. But why not let the Grand Jury work that out?

No one has heard the officer’s full account yet. He said he was defending himself, but the exact circumstances haven’t been revealed. Why not let forensic evidence tell the story?

What’s really sad is thousands of people’s lives will be disrupted because a group of people – not the parents by the way – are saying they want justice which translates to “they want their way or hell is going to break loose.”

If the parents are asking for peaceful protests, then the agitators who want violence should listen and reconsider looting and ransacking two towns in order to make a “social statement.”

Bottom line; riots are not the way to solve problems. They just create wider social divides.

Back to Blogging! I have returned… 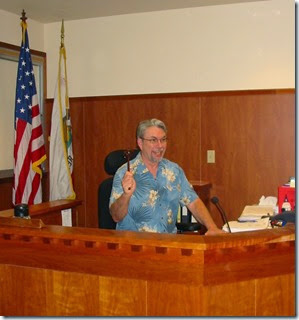 It’s been an interesting break.

As judge (and chief opinionator) for this blog, it’s time for me to start researching interesting stuff to share.

During the short week I was gone, Oregon legalized marijuana, mankind landed a space vehicle on a moving comet 3 million miles away, Veterans Day was celebrated, and I got sick as a dog on a plane while transporting two cats to their new home...my house.

My pug, Molly, hasn’t met the two new additions to our family yet. That ought to be interesting, and worthy of a a future post.

It’s good to be back home.

I look forward to settling into my blogging routine as winter comes early. Can you say “Polar Invasion?” Last year year it was the “Polar Vortex.” I think I like that description for oncoming bad weather better.