Which of These Two Political Stories from 2014 is Weirder?

Every year there’s a bumper-crop of weird political stories. 2014 was no exception.

Trying to decide the weirdest was no easy task with all the competition the characters offer.

I’ve selected the following two stories for your consideration, but I can’t decide which one should be rated #1 for the year.

I leave that up to you gentle readers. What do you think?

The Palin Family Got Swept up in an Epic Brawl

It started out as nothing more than a well-attended birthday party for a competitive snowmobiler on a cool Saturday night last September in Anchorage.

But by the end, it was a scene straight out of “Roadhouse,” a drunken, bare-knuckled brawl involving 20 people backed by the soundtrack of a live band that, according to witnesses, never missed a beat amid the surrounding melee.

Police were called, but no charges were filed. And the fight likely would have gone unnoticed had it not been for the people involved: Sarah Palin, the former Alaska governor and 2008 vice presidential candidate turned reality TV star, and m

embers of her family.

Suddenly, the political world salivated over every detail of the fracas, from the gleaming white stretch Hummer that delivered the Palin clan to the festivities to the red, white and blue high-tops the woman who was almost elected to the nation’s second-highest office wore as she stood screaming on the sidelines of the fight.

Everybody had a different account of what happened. Palin’s oldest son, Track, told police he got into a fight with men who were insulting one of his sisters. His father, Todd, who also happened to be celebrating his 50th birthday that night, jumped in, ending up with a bloody nose.

But other partygoers blamed the Palins — including the former governor’s 24-year-old daughter, Bristol, who allegedly punched a man six or seven times in the face before she was shoved to the ground — for starting the brawl.

Bristol, who was visibly drunk, according to the cops, denied the claim and said she was attacked while trying to defend her younger sister, Willow, from rude guests.

After weeks of silence, Sarah Palin finally addressed the scandal in a Facebook post, calling the experience “humiliating and frightening.” “My kids aren’t proud of what happened,” she wrote. But she also slammed the media, accusing them of mocking her daughter after she had “been assaulted by a man.” — Holly Bailey

Chickens Became a Major Issue in a U.S. Senate Race

Leave it to Io

wa, a major agricultural state, to turn a dispute over chickens in a lakeside residential community into a full-fledged campaign issue garnering national attention and affecting the course of a U.S. Senate race.

Democratic Rep. Bruce Braley never quite knew how to recover from the controversy Republican operatives helped create over Braley’s dispute with his Holiday Lake neighbor over four therapy chickens she kept on her property near Braley’s vacation home.

The Braleys had said they could smell neighbor Pauline Hampton’s free-range chickens, which she used for “animal-assisted therapy” with children, and that birds violated the local homeowners' association guidelines about the keeping of non-pet animals.

Hampton eventually penned her hens, but word of the dispute — and a Braley phone call to the homeowners’ association raising the specter of legal action — leaked.

Republicans used the anecdote to help paint Braley as out of touch with the culture and values of the farm state and unsympathetic to the concerns of average Iowans.

Nor were the chickens the only famous animals in the race. Braley’s opponent, Republican Joni Ernst, launched her campaign with an advertisement touting her farm state bona fides by announcing, "I grew up castrating hogs on an Iowa farm."

It worked for her: She’s going to be sworn in as the state’s first female congressperson in January. — Garance Franke-Ruta

Imagine the Beatles in ‘Lord of the Rings’ – it almost happened!

Try to imagine John Lennon playing Gollum in the Lord of the Rings adaptation.

While your at it, imagine Paul McCartney as Frodo, Ringo Starr as Sam, and George Harrison as Gandalf.

Easily one of the strangest movie “what ifs” considered, there was once talk of a Lord of the Rings film adaptation starring The Beatles, with none other than Stanley Kubrick approached to direct.

And it was actually The Beatles — specifically John Lennon — who were adamant about getting a feature film made.

After Apple Films saw the success of Beatles films A Hard Day’s Night, Help!, and Yellow Submarine, the production company knew the kind of potential a Lord of the Rings adaptation might hold, considering Lennon was one of the film’s biggest supporters.

Apple Films would later feel confident enough with both the film’s idea and The Beatles’s interest to approach Kubrick about directing. Kubrick would ultimately turn the offer down because he believed the scope of the film was too big to translate to the screen. (Source)

I hope you’re having a great day.

It’s my pleasure to share the following poems with you for the occasion:

Christmas Bells
Christmas in India
'Twas the Night Before Christmas
Christmas Is a Time for Love and Fun
I'm Your Christmas Tree, All Brightly Lit
The Twelve Days of Christmas
That Midnight Hour
The Gift Of God
Bethlehem And Calvary

ABOUT THE CHRISTMAS TREE

For families in North America, Germany and other parts of Europe, the Christmas Tree is the symbol of the Christmas season. Americans adopted the symbol along with many other customs from these countries.

Christmas Trees play a symbolic part because they stayed green and alive when other plants appeared dead and bare. They represent everlasting life and hope for the return of spring.

May peace be with you today, and everyday!

‘Twas the Night Before Christmas, When All Through the Shelter…

‘Twas the Night before Christmas, when all through the shelter

not a dog or cat was awake.

Hopeful adoption papers in stockings were hung with care

outside each little space,

in hopes that someone soon would be there.

The animals were nestled all snug in their little beds

while visions of adoption danced in their heads.

When out on the shelter roof there arose such a clatter

They sprang from their beds to see what was the matter.

Away to the windows they flew like a flash,

Tore open the shutter, and threw up the sash.

The moon on the breast of the new-fallen snow

gave the lustre of midday to objects below,

when, to their wondering eyes should appear,

but a miniature sleigh and eight tiny reindeer.

With a little old driver, so lively and quick,

they knew in a moment it must be St.Nick.

More rapid than eagles, his courses they came,

and he whistled and shouted and called them by name:

On Comet, On, Cupid!

On Donner and Blitzen!

To the top of the shelter!

To the top of the wall!

Now dash away! Dash away!

When the employees opened the door (there was no chimney)

made them laugh in spite of themselves.

He spoke not a word, but when straight to work,

filling out each adoption paper like a saintly clerk.

The employees watched him spring to his sleigh

and give his team a whistle,

And away they all flew like the down of a thistle.

They heard him exclaim, ‘ere he drove out of sight,

“Happy Christmas to all, and to ALL a good night!”

Please think about all those beautiful animals that need adopted from shelters throughout the nation during these holidays – and if it’s in your heart, make a friend for life, by saving one.

Seven of the Best Christmas Stories Ever Told! 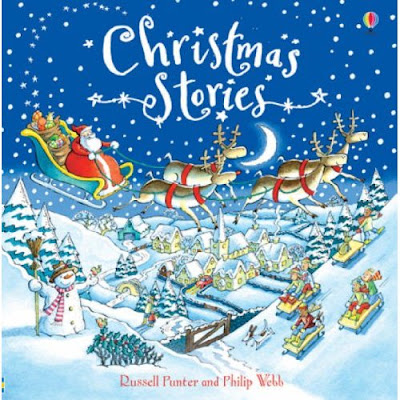 With Christmas just two days away, I have some stories that will make your day:

• CHRISTMAS TREE, A from “Some Christmas Stories” by Charles Dickens
[read online] or [view printable version]

• GIFT OF THE MAGI by O. Henry
[read online] or [view printable version]

Monday Inspiration: ‘What A Wonderful World’

Today’s inspiration comes from the lyrics of Louis Armstrong’s classic song, “What A Wonderful World.”

I see trees of green, red roses too
I see them bloom for me and for you
And I think to myself what a wonderful world.

The colors of the rainbow so pretty in the sky

But what they're really saying is I love you.

Caution: Be Careful Who You Martyrize

Martyrs can take a long time to make. The Roman Catholic Church is a good example.

Then, there are instant martyrs.

Canonized in the heat of passion.

They don’t need an organized religion to become martyrs. They represent a segment of society that holds them aloft for whatever reasons.

These newly-minted saints are often randomly selected, names in the midst of impassioned social protests. But for every Martin Luther King, there is a Michael Brown.

One has paid his dues, and helped further freedoms for African-Americans. The other, a thug who thought nothing of robbing a convenience store to stock up on cigars.

Instead of holding Brown up as this innocent “gentle giant,” protest organizers would have been better served to hold up Eric Garner as an innocent black man unjustly murdered by an overzealous white cop.

If you compare the two incidents – you’ll see that the protests in Ferguson went “south” with looting and death threats against authorities. Partly because official information was slow getting to the public, lies from some of the witnesses became truth in many peoples minds.

The whole situation ended up causing a greater divide between black and white Americans.

Michael Brown was a poor pick to make a martyr out of.

In the case of Eric Garner there was no doubt about what happened. It was all on film. In most people’s eyes it was murder. Both black and white Americans believed an injustice had occurred when the officer wasn’t indicted.

Eric Garner makes a better martyr, if one has to be made, to further the call of justice.

And speaking of justice…who will call to martyrize the two New York cops -Wenjian Liu and Rafael Ramos – who were assassinated by a black man who declared he was going to “put wings on pigs?”