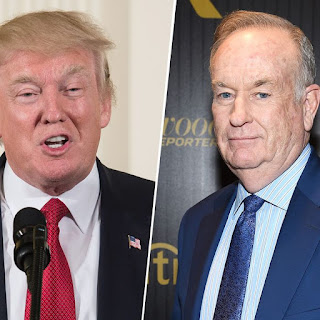 History shows us that former presidents - and even their spouses - don't usually have a hard time in selling out their appearances and speeches.

The same doesn't hold true for Trump and Bill O'Reilly, who are hoping lots of people will happily pay to see them.

It doesn't look that way however

In a Friday morning article, Politico highlighted the Trump/O'Reilly tour's lagging sales for its four dates in December.

That's not good news for the Liar's Tour because tickets have been available for more than a month. Thousands at each venue remain unsold according to Ticketmaster and AXS.

For comparison, Orlando's Amway Center featured Bad Bunny and the concert sold out in two days. For the record, the concert isn't until next March.

Of course, Trump's spokesperson, Liz Harrington had another take on how well the planned tour was doing.

"The excitement and enthusiasm is unlike anything we've seen before," she bragged. (Sound like someone else?)

I can't help wonder how much experience Harrington has in dealing with reality. Promoting Trump's lies seems to be her sole skill set.

Not surprisingly, O'Reilly had to get in on the hyperbole derby; "Nobody has sold tickets this fast at this price," he claimed.

I think the biggest mistake this tour of infamy made is thinking Trump supporters are going to pay between $100 to $300 to sit in the nose-bleed sections of the arenas, with closer tickets ranging around $1,000 a seat.

The History Tour may yet be canceled - not necessarily because of ticket sales, but because Trump may be in court fighting to stay out of prison.

Trump's rallies were always free carnivals, and well-attended. His core base of minions expects to see a full circus act for FREE.

I highly doubt they would pay through the nose to sit that long if it's just Trump answering questions from O'Reilly, or with a few select people asking questions. Borrrring! 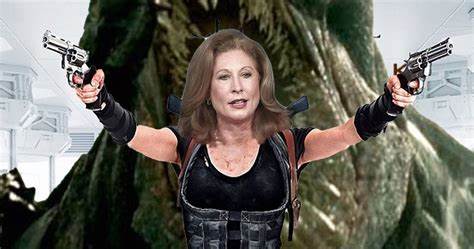 Justice is coming soon for a group of Trump lawyers who have been promoting the Big Lie in swing state courts.

A federal Judge in Michigan denied a request from the so-called "Kraken," team, led by Sidney Powell and Lin Wood, to stall the proceedings with a meritless request.

Fact: the entire July 12 proceeding was wide open - far wider than could have been accommodated in a small courtroom.

Judge Linda Parker wrote, "As counsel notes in the motion, more than 13,000 people watched live, 'viewing the proceedings just as they were conducted."

The seven attorney "Krakenists" filed an emergency motion for the release of the recording of the hearing.

They claimed Democratic intervenors (the City of Detroit) lied about what happened during the contentious July 12th hearing.

The court did not save the live broadcast on it's website. A standard procedure.

In an act of "magical thinking" the crack pro-Trumpian team thought that if more people could watch the hearing they'd {somehow} be exonerated.

Don't ask me what would change people's minds. Powell and Wood live in an alternate universe that rejects the realities unfolding around them.

Proof of that is evident with Lin Wood who grudgingly admitted posting short clips of the trial on Telegram.

Despite Judge Parker's order not too. Afterward, a motion was called for Wood to be held in contempt for violating the court's order.

The Kraken team's argument that they needed the video in order to prepare a supplemental brief was shot down by Judge Parker.

She pointed out, "attorneys routinely prepare such briefs following a hearing without a video, audio recordings of the proceedings and often without a transcript."

I'm looking forward to see the Kraken bunch lose their law licenses and being laughed out of their profession. 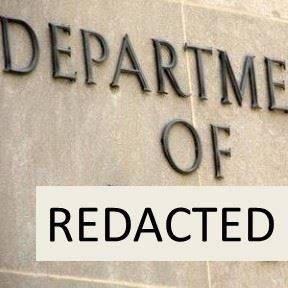 For reasons that have "puzzled" a judge - among others - The Department of Justice (DOJ) has been covering up information regarding an illegal investigation undertaken by the Trump regime.

The Judge who ordered the sealed records released today was "puzzled" that the Biden DOJ hadn't already published them.

Here's what we know:

-- Trump pushed AG Barr right up until his last days in office, to investigate his enemies.

-- The concealed files offered new details about the DOJ investigation, including how late into Barr's tenure records were pursued, and how the agency suspected Congressional staff might have been the sources for the information leaks in Trump's administration.

Here's two of the stories that spurred Trump and his minions to Illegally Investigate:

The filings also show the Biden administration was fighting to keep the records concealed right up until The Washington Post broke the news story that their reporters were involved in an illegal government search against them.

The DOJ's weak reasoning for stalling was that the records contained "non-public investigative and witness information."

As magistrate Judge Zia Faruqui pointed out today, the investigation is closed now that Trump's gone, and they have a duty to make the records available to the public.

In the decision Faruqui wrote, "The government's anti-redaxer stance is puzzling. The administrative burden of doing its job is no escape hatch from completing this task {releasing records to the public}."

What happens next is uncertain.

Cartoon Controversy: Americans Are Talking About a Bunny Not Having Boobs 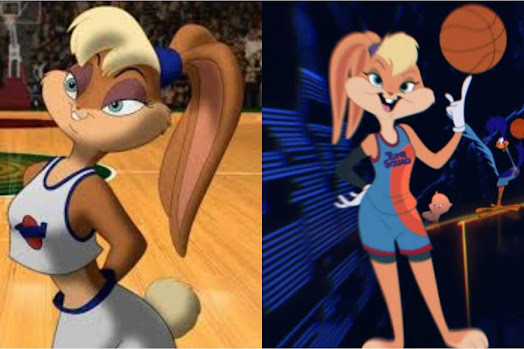 In these days of divisions over any subject it's no surprise people are treating a new cartoon - Space Jam: New Legacy - like a political hot potato.

Let's get right to the meat of the matter; Lola Bunny lost her boobs in the sequel to the original Space Jam, starring Michael Jordon and Looney Tunes characters.

A refresher for those who missed the first Space Jam: 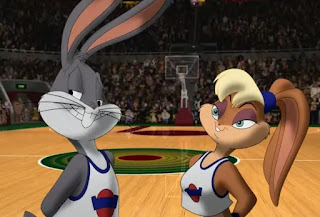 Lola Bunny was the romantic interest for Bugs Bunny, and she looked as hot as a cartoon character can look.

But the director, Michael Lee decided she needed a redesign for the sequel. An updated version, if you will. A politically correct portrayal of a smoking hot cartoon bunny with a chest as flat as a washboard.

Turns out millions of fans are upset with the new look Lola.

It seems their anger caught Lee off-guard, according to an interview with Entertainment Weekly. He thought it was a "super weird" response about the character's body.

Apparently exasperated by the controversy Lee said, "And, yes, we had all these women who were like 'Oh, you can't be strong and have boobs?!' Sure you can, but we're talking about a cartoon bunny, not women."

My take on this ridiculous argument is people can't seem to relax enough nowadays to just suspend reality and enjoy a cartoon at the movies. 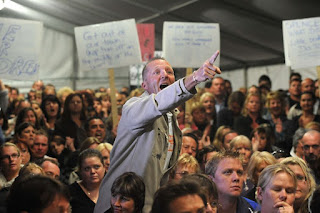 Once upon a time, not so long ago, American teachers were held in high regard.

Parents supported teachers and trusted them with their children.

But in this time of major polarization across the country, teachers are being intimidated by conservative lies that seek to suppress black history in America.

What we're seeing now is a concerted attack against a theory that isn't even taught in elementary or high schools.

Extreme conservatives have labeled the Critical Race Theory (CRT) as an attack against whites and progressives.

Up until six months ago most people had never heard this theory which was mostly taught in college law schools.

Pulling out their oldest playbook, conservatives have demonized the theory and have taken their lies into our K-12 school system as a new attack against teaching the truth.

This new tactic to harass Democrats and blacks has spread like cancer in school districts where furious parents (washed in the orange Kool aid) demand an end to teaching CRT.

Even though it isn't being taught to their children, the Trump wing of the Republican party claims it is.

What these parents fail to realize is that they're being used. Lied to by extreme Republican politicians with only one agenda - to gain and hold complete power in the nation.

The real problem for these narrow-minded parents and lawmakers is that students are having discussions about race in school.

Against this backdrop five states have passed laws limiting how teachers can address "divisive concepts" with students across the country.

The result in these districts is what educators call a "brain drain," of those most committed to fighting racism in schools.

The problem is when facts are no longer part of the discussion, teacher's tools to reframe the conversation and get people back on board with facts is limited.

The results of this mislabeling campaign is causing an exodus among the already scarce recruiting field in education.

It's highly alarming that educators are resigning, facing dismissal and fearing for their lives due to conversations about race and diversity.

This local backlash to addressing race in school has been fueled by national conservative group and activists, who see the anti-critical race theory fights as a winning political issue and are helping parents mobilize.

The real loser in this battle are our children who deserve to be taught "honest history." 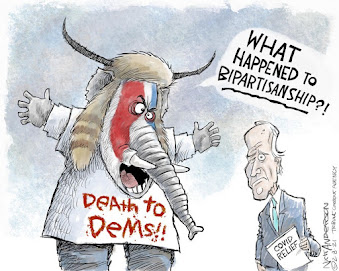 Part of the GOP battle plan to regain power is a no-holds barred attack on bipartisanship.

There actually was a time when bipartisan bills were possible in Congress. Now they are as rare as the fabled Dodo bird.

The Washington Examiner interviewed three GOP aides that said child care and family proposals are viewed favorably by a sizable contingency of Republican voters but they suggested that opposing Biden's "socialist agenda" would help their bosses, and the party, significantly more during the 2022 midterm elections than reaching across the aisle this summer.

Uniting under Trump's Big Lie has become a lifeline for extremists seeking re-election, and for new players in conservative politics.

Here's What Some GOP members are saying:

"For the next 18 months, Republicans' job is to do everything that we can to slow down the Democrats' radical agenda, and then win the majority and lead," Rep. Chip Roy at CPAC.

Speaking to a group of extremists, Patriot Voices," Rep. Chip Roy proclaimed, "Hopefully there will be 18 more months of chaos and the ability to get stuff done."

I could go on with more examples, but my point here is there's an active resistance against the majority of Americans who want to see successful legislation that improves their lives.

It helps to understand that Trump and his minions are a minority in the country. Right now that minority is seeking to destroy our electoral system and rig it for themselves.

Americans are being held hostage by these haters who manipulate social media and cable news to support the Big Lie.

Lies motivate the Republican party. Truth motivates the Democratic party to defend our Constitution and freedoms.

One prediction; if Biden wants to pass big legislation the filibuster must go. I think it will come to that once the Democratic party realizes their being played like fools.

Otherwise Mitch McConnell, Trump, and the rest will do an "Obama" and successfully derail Biden's legislation attempts throughout his presidency.