A Blog Break and a New Chocolate Flavored Toothpaste

Apparently consumers in the 21st Century want to have an adventure when they brush their teeth and that means new flavoring.

Nothing is out of bounds. Pickle, cupcake and bacon toothpaste is on the shelves with the newly minted flavors from Crest.

And now back to Crest’s new products:

“The new Mint Chocolate Trek flavor is part of the new line called Crest Be, toothpastes meant to excite and inspire while still providing all the standard oral-hygiene benefits. The other two flavors in the line so far? Lime Spearmint Zest and Vanilla Mint Spark.

There's actually a whole world of food-flavored toothpastes out there. Perhaps cupcake toothpaste appeals to your sweet tooth?

Maybe a pickle-flavored toothpaste would be a nice complement to that deli sandwich you had with dinner? Or does bacon toothpaste appeal to your desire for—well, everything bacon?”

I’ve been accused of acting like a Neanderthal numerous times in my 63 years. It was never meant in a good way, anymore than a “knuckle-dragger” is a compliment.

My detractors were often women. They like to drag that term – Neanderthal - around a lot when describing males. Well guess what ladies?

You too are kin to those knuckle-dragging ancestors you’ve been dissing all these years! And if you’re a redhead…look out!

I came across the following study that proves the link between modern man and Neanderthal man is closer than ever suspected:

“A double-barreled comparison of ancient Neanderthal DNA with hundreds of modern-day genomes suggests that many of us have Neanderthal skin and hair traits — but other parts of the Neanderthal genome appear to have been bred out of us along the way.

The findings, reported Wednesday by two separate teams of researchers in the journals Science and Nature, follow up on previous studies showing that Neanderthals interbred with humans outside Africa. Even though the Neanderthals went extinct about 30,000 years ago, they left traces of their genetic code in non-African DNA — and now scientists are starting to discover exactly what that code does.” (Full story here)

Time for me to walk on down the road…dragging my knuckles as I go!

A Black Hole or a Gray Hole? Hawkins is at it again…

A Black Hole, or a Gray Hole?

That’s the question for today.

British physicist Stephen Hawking whose earned worldwide attention for his surprising claims about black holes, is doing it again with a new paper claiming that "there are no black holes."

Actually, Hawking isn't denying the existence of the massive gravitational singularities that lurk at the center of many galaxies, including our own Milky Way. He's just saying the classical view of a black hole as an eternal trap for everything that's inside, even light, is wrong. In his revised view, black holes are ever so slightly gray, with a chaotic and shifting edge rather than a sharply defined event horizon.

It just so happens that this is a big month for Hawking: He turned 72 years old a couple of weeks ago, and he appears to be keeping active despite his decades-long struggle with amyotrophic lateral sclerosis.

And this week marks the television premiere of "Hawking," a PBS documentary about the good doctor's life and work.

For still more about the world's best-known physicist, check out his recently published memoir, "My Brief History." 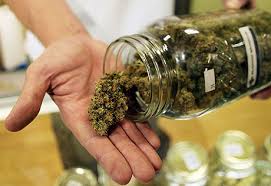 The Stock Market Blues and another Big Retailer Hacked

Let’s take a look at two money-related stories that are going to affect millions of Americans.

The first story comes to us from Wall Street.

The stock market had a bad week last week in case you weren’t following. I have no idea what will happen this week, but experts sure seem gloomy about the chance for a sudden turnaround. Traders and market analysts are saying a 10 percent “correction” isn’t out of line.

A big reason why is the Federal Reserve has announced it’s intentions to turn off the money flow since the banks are back on their feet, house prices are rising again and the unemployment rate keeps falling.

So, in what appears to me to be a toss of the dice, the Fed is gambling the economy is strong enough to keep gaining strength, even if interest rates begin to rise. Players in the stock market don’t agree.They think it’s too soon to be pulling the plug.

The second story is about another retail giant being hacked: Michaels

Michaels, the nation's biggest arts and crafts retailer, said that it may have suffered a “data security attack” on its computer system that processes payment cards and that federal law enforcement and a computer forensics firm were investigating.

Word of the possible attack on the Irving, Texas-based retailer, first reported by security blogger Brian Krebs, comes in the wake of recent data theft breaches at major retailers Target Stores and Nieman-Marcus.

Last year’s findings revealed the retail industry is now the top target for cybercriminals.  For the first time, the retail industry made up 45 percent of Trustwave data breach investigations (a 15 percent increase from 2011) with e-commerce attacks emerging as a growing trend surpassing the amount of point-of-sales attacks.

Experts believe thieves are using a device known as a RAM scraper, which enables them to grab encrypted data by capturing it as it travels through the live memory of a computer, such as a checkout stand.

Tearing Old Dixie Down: Will Virginia be the 1st State in the Old Confederacy to allow Same-Sex Marriages?

It’s time for the Old South to catch up to the 21st Century.

It’s time to end the senseless intolerance which has been interwoven into the fabric of White Southern life with stories of slaves and the good old days.

The same goes for same-sex marriages. If Democrat Mark R. Herring, who started in his new post as Virginia's attorney general on Jan. 11, has his way, same-sex unions will be legal.

Herring announced he had reviewed the state's ban on same-sex unions, and concluded that the ban was unconstitutional. He said he would support gay couples who have filed lawsuits challenging the ban — and if he wins his fight, he will make Virginia the first state in the old Confederacy to allow gay marriage.

Currently, only Washington, D.C., and 17 states allow gay marriage, most of which are in the Northeast. This defection from the would be neo-Confederacy is going to shake up the Old South and tear Old Dixie down!