A Season for Traitors: Apps and Traps for Treasonous Trumpies 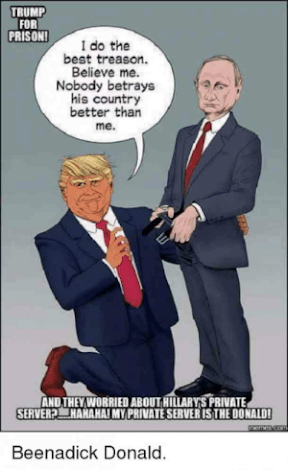 What we know about the enemy within.

Facts fall like frozen iguanas in the Florida winter where Trump is still the president.

Trump and his supporters are driven by an authoritarian ideology that preys on fearful people. These malleable minions want a leader who defies democracy and who will put the Republican party in power for perpetuity.

Except that it's not really the Republican party. It's the party of Trump. They're not conservatives.

They're traitors who are openly trying to transform our society into a slimy sect that worships an overweight ex-TV host, and twice impeached former president.

Here's something to think about, however.

Trump and his cronies across the country are facing legal traps that may end up being their tickets to permanent residences in federal prisons.

The Jan. 6 Committee will be publicly presenting all the extensive evidence they've gathered about the insurrection in a couple of months.

Then they will turn over their findings and recommendations to the Department of Justice.

Meanwhile Trump's supporters are openly working on their next coup attempt with absolute distain by suppressing minority voters with new draconian laws designed to disenfranchise them.

Orange Kool aide drinking Trumpies are so steeped in lies that the truth blinds them, scalding them like boiling water whenever it splashes in their face.

Americans once considered Benedict Arnold the biggest traitor in our history. Trump (aka Beenadick Donald) has made him look like an errant schoolboy with the depredations he's already inflicted on our democracy.

Americans should look to the Ukrainians war with Russia. They're sacrificing their lives to preserve their democracy. They realize that it's necessary to fight against totalitarian governments seeking to seize their freedoms.

The Ukrainians fight should inspire us all in the United States of America to fight Trump and his zombie army to preserve a more perfect union.