How about a few pounds of cute? These babies are guaranteed to make you smile. Enjoy:

Left: this smiling Hedgehog baby has a grin that won’t end! The sleeping porker on the right is happily night night! Pics via Brain Jet

Left: baby Panda Bear saying hi! And this little owl on the right has eyes that are out-of-sight! Pics via Amazist

Left: wild kittens defy gravity, while this frog mom takes her offspring for a ride in the pond. Pics via Baby Animals

Left: a curious fox cub checks out his world and it’s bottle time for this long-necked baby giraffe. Pics via Amy Top

Left: friends of a feather – duckling and owl pals. This worried looking little kitten seems to be standing guard over the puppy. Pics via Shine On

Misstatements, Stumbles, and Exaggerations: Where Was The Beef?

Wednesday’s GOP debate was a meaningless function full of misstatements, stumbles, and exaggerations.

The format gave 11 presidential hopefuls a chance to tell Americans what they would do if they got elected.

That’s not exactly happened. It was more like Romper Room.

Viewers found out that:

* Donald Trump is so anti-vaccine (and clueless on the issue) that he was caught bullshitting about a two-year old boy who supposedly got a vaccine shot which gave him autism.

Study after study has shown no possible way that vaccines could cause autism, even in supposedly vulnerable children. You can read more about that body of medical research here.

* Some pundits say Carly Fiorina won the debate. I’m not sure how they arrived at that conclusion. All I know is she really exaggerated when she said she grew jobs while CEO of Hewlett Packard after a merger.

Then there was the dull, plodding Ben Carson looking bored most of the time. Compared to his old job of shilling snake oil it was a dull gig.

In case you didn’t know, Dr. Carson has shilled for a modern snake oil nutritional supplement company Mannatech (yes, manna-tech, they wanted the religious overtones of naming it after the miraculous God-bread that fell from the sky in the Old Testament, combined with, y’know, modern science and technology).

What’s wrong with Mannatech? That’s a good question, one that the folks over at the National Review have answered.

Viewers were left wondering what any of those clowns would really do in the Oval Office. They were all in lock-step about defunding Planned Parenthood, but what about our countries crumbling bridges and roads?

What about a foreign policy? They made the mandatory threats about Iran as pabulum for the clueless on world affairs, and assured us they were all conservatives (like that was something to brag about).

Timer for me to walk on down the road…

Back by Popular Demand! Meet the Booger Family 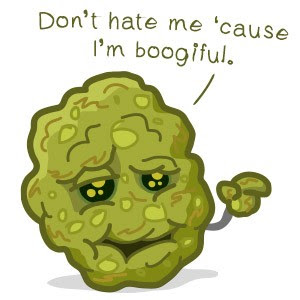 The Booger family is back by popular demand!

It seems thousands of readers couldn’t get enough of this reality show when it appeared last June. So, in case you missed it here’s your chance to weigh in on this popular new reality show: 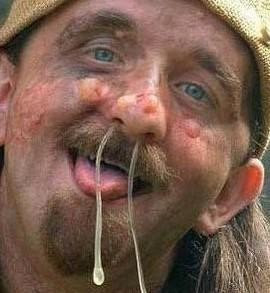 Twins Mandy and Randy have an ongoing argument over which has the better booger blower and which is the most accurate.

Jim Bob likes to eat boogers. And he’s not too particular. 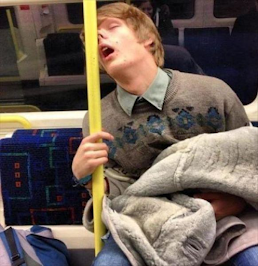