A majority of Americans will enjoy a traditional Thanksgiving this year, where families gather together, devour turkey and all the fixings.

But we shouldn't ignore those Americans that follower Trump, and are content with alternate realities and holiday stories.

"Once upon a time a group of superior white men and women came to America's shores and slaughtered the indigenous savages who lived there, paving the way for future white power.

They eventually took slaves, both brown and black, working - and treating - them like animals.

There was once a strict order of the way things should be throughout the southern states, but the damned Yankees whooped their rebel asses and laws protecting minorities were passed.

But those were the dark days because Trump has resurrected the Old South in the last five years.

For this, all conspiracists, right-wing racists, Trump acolytes, and trolls embedded in our society, are eternally grateful."

The children look forward to cartoons and coloring books featuring the Big Orange Turkey who passes out free orange Kool Aid to everyone.

The adults go all out and have Trump, Turkey, and Pumpkin Cosplay rally's throughout the south.

Thanksgiving has morphed into another opportunity for Trumplicans to show they live in a universe where Trump is their once and future king.

Coup Redo? Trump's Setting The Table As We Watch in Disbelief 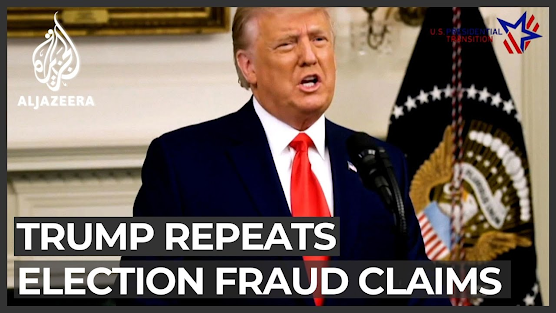 After five years, I still feel like I'm in a bad dream when I look at the news every morning.

Trump Plants his flag on a logical absurdity

Trump defends threats to Pence on January 6 in new video

Trump could use the courts to run out the clock

The ongoing attempt to undermine our democracy is gathering steam as Trump and minions prepare to steal the next election out in the open. It's no secret.

The basic groundwork of suppressing voters is well underway in red states. The daily dialogue about the Big Lie is repeated in the halls of Congress and throughout what use to be the Republican party.

Trump's cult has gone mainstream with bad actors placed in state positions to rig elections against democrats in 2022 and 2024.

Right wing media is enjoying a golden age of disinformation where reality is undercut by a lies so numerous they're like a rampant plague.

Many Americans, like me, are having a hard time believing Trump will ever be held to account for his myriad crimes. Or, for his blatant coup attempt.

His history suggests he can work the courts like a mad maestro conducting evasive actions until either time, money, or patience wears out on the litigator's part.

After subverting laws for four years in office Trump is confident he can keep up that act. It worked well all of his corrupt career, so why not now?

As long as Trump's enablers in government and the quasi Republican party continue to cover his ass, we can expect the worse if he isn't held accountable for his heinous attempt to overthrow our democracy.

It's like watching an impending train wreck. You know it's coming, but are helpless to do anything about it.

Our nation's survival is dependent on the courts ability to overcome Trump's baseless eternal appeals. If they move slowly enough, Trump wins.

If the courts do their job in a timely way (due to the seriousness of the challenges) to protect our Constitution, Trump's last line of defense will be destroyed.

Then freedom can ring victoriously. 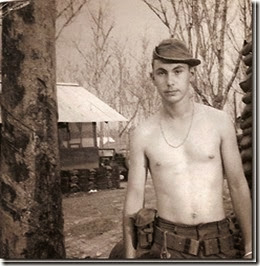 It's been  over a half of a century since I waded through rice fields and jungles full of man traps and hidden NVA, and or VC.

Since those days I've watched Vietnam veterans get vilified and eventually honored. It's been a wild ride.

When I think of Veterans Day I think about why members of our military must always be prepared to sacrifice their lives for freedom. To preserve the union.

As a veteran I want to see unity in this country.

Millions of men and women have died preserving our rights and freedoms for all Americans.

Instead we have red and blue states living in two different realities. Talking about a second civil war.

We can honor living veterans by showing them this country can be unified under the Constitution. That we all believe in the same basic human values.

When right-wing jerks call for uprisings against our government they are dishonoring every man and women in the military.

If you want to honor a veteran today...come together peacefully and show you care about our veterans by acting to preserve our union.

In Search Of Holiday Spirit: Can't We Just Get Along To Celebrate? 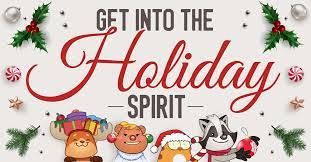 I don't know about you, but I've yet to see any holiday spirit spreading across the country.

The toxic hate and fear that's been infused into our society from a combination of the pandemic and Trump still denying he lost the 2020 election, has been devastating for most Americans mental health.

The country is torn between two tribes - the red and the blue - who see each other as sworn enemies. We don't have a functioning Congress, despite the recent passage of the infrastructure bill.

Sadly, a lot of people don't feel there's anything to celebrate this Thanksgiving or Christmas. That our country has gone down a rabbit hole so deep we're facing an authoritarian government in the near future.

Growing up I remember how different these holidays were and the universal joy and tidings of peace across the nation. The holiday spirit was tangible. You could feel it in crowds and holiday activities from coast-to-coast.

Peace. Forgiveness. Unity in spirit. The feeling we were one America once gave us comfort.

I'm hoping for a holiday miracle this year.

That people are able to shrug off the hate and fear flowing through conversations and come together to celebrate.

Life is too short not to recognize the good things around us. To celebrate. To pray together. To understand anything is possible with unity, and understanding. Happy holidays!