Family stumbles across the rarest collection of football cards in America 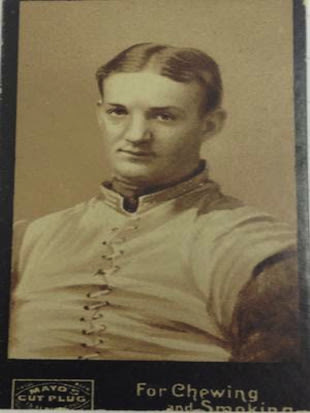 As we walk down the road of life, we sometimes stumble upon good fortune. A side road to riches  not traveled by others. A turn of events that can change our lives. As surprising as a Jack-in-the-Box, these moments pop up when we least expect them.

Today’s story is a good illustration of what I’m talking about:

“A Michigan family was cleaning out an old farmhouse and accidentally stumbled across a long-sought after collection of football cards worth thousands of dollars and considered perhaps the rarest such collection in history. The set is highlighted by an "anonymous" card of former Harvard football player John Dunlop, which was first issued in 1894.

The Dunlop card alone is reportedly worth $10,000, according to Lou Brown, president of Legends Sports and Games. "If it was in the right condition, it could be worth up to $60,000," Brown told Yahoo! News in a phone interview.

There are only 10 Dunlop cards known to still exist, with some valued as high as $18,000. The entire collection is the first ever to dedicated to football players. And since there was no NFL at the time, the set focused entirely on the nation's 35 best Ivy League college players, according to the site FootballCardShop.com. You can view some of the other rare cards from the collection here.