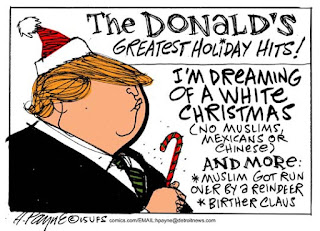 Grab a cup of coffee (or hot chocolate) and join me for a 2018 Christmas story.

You may want to infuse your drink of choice with a strong cannabis extract.

It was seventeen days before Christmas, and all throughout the land, there was a sense of reckoning coming for our illegitimate president.

Robert Mueller's team of elves were busying in court filing charges against two of his associates; Paul Manafort and Michael Cohen. The charges revealed new details about the Russian probe.

Trump appointed two new puppets for his corrupt cabinet. He hinted at another shakeup coming in days. Out the door in time for the holidays was AG Jeff Sessions. He was replaced by someone who wouldn't recuse himself from the Russian probe, and past Mueller critic, William Barr.

Quickly following that slimy pick, Trump selected a former Fox and Friends regular, Heather Nauert, to replace Nikki Haley (who was smart enough to get out of Dodge before the subpoenas began coming) as the next UN Ambassador.

Proving Nauert was the absolute worst pick possible, she recently said D-Day was the height of U.S.-German relations! She is also spectacularly unqualified for the job.

Reactions to Trump's crazy tweets (I'm the Tariff Man) continued to send the stock market into chaos as it sunk another 559 points before the bell mercifully rung ending the session yesterday.

Trump claims he has a "counter report" to the Special Counsel's report where he'll refute whatever charges are made. Perhaps credit for that could go to temporary AG Matthew Whitaker who has been spying on Mueller. It all sounds like bullshit to me.

After a CNN article on Rex Tillerson (Trump's ex-secretary of state) reported that he had to keep Trump from violating laws Trump retaliated by tweeting "...that Tillerson was as lazy as hell and as dumb as a rock."

Desperate lame duck House Republicans interviewed James Comey in private, hoping to discredit the FBI, but came away grumbling. It was their last stand attempt at interfering with the Russian investigation.

The airwaves are filled with Christmas songs and reports of Trump's corruption. We know what Santa is going to bring Trump, and it's not coal. He got that last year. This year his stocking is going to stuffed with summons and subpoenas. 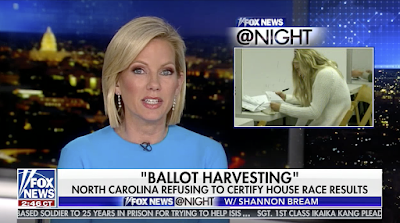 In normal times a scandal like what's unfolding in North Carolina would be major headline material. "Republicans Caught Fixing an Election."

In the Age of Trump, it's just one more example of hypocrisy on steroids.

Since 2016 when Trump stumped around the country lying about everything from the Democrats cheating in elections to all Mexicans being rapists, serial killers, etc., his favorite theme has been "fake" this...and that.

After slithering into the White House with Putin's assistance, one of the first things Trump did was appoint a committee to explore voter fraud...headed up by serial liar, Trump devotee, and Kansas Secretary of State, Kris Koback.

The committee was shut down shortly after it's launch after being exposed as a partisan attack going nowhere.

Here's the part that really cracks me up about these Republican hypocrites:

In North Carolina's early polling, when it looked like the race was going to be close, Republican operatives filed claims (without evidence) of voter fraud with county boards of election across the state.

The irony is as thick as a brick.

At this time there's an investigation with plans for an evidentiary hearing for those cheating Trumpublicans, no later than December 21.

More than likely, there will be a new election.

Nation Not As Divided As Media Outlets Portray 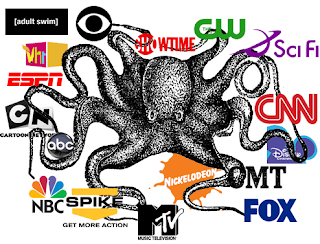 I was starting to really believe that America is so polarized that any chance of redemption was impossible.

My thoughts have evolved lately, recognizing that the apparent great divide in this nation is nothing more than two extreme ideologies pursued by partisan operatives.

Both have sounding boards in the media - from Fox News to MSNBC that are in a pitched battle for Americans attention.

I've talked with numerous people who are tired of the constant "us-versus-them" mentality. I've researched a number of resources that prove all Americans are not divided despite the amount of media time spent trying to convince us otherwise.

I highly recommend reading this research paper: The Hidden Tribes of America.

This report, with the input of 8,000 Americans, is the largest study ever done on polarization in our nation. You'll probably be surprised when you find out that 3 out of every 4 Americans believe that our differences can be worked out.

The research concluded that we have become a nation of tribes, with different codes, values, and even facts.

But this can change.

A majority of Americans, who the report called the "Exhausted Majority," are fed up by America’s polarization.

That gives me hope. I hope it does for you as well.

Despite Trumpism and extreme ideologies touted by the corporate owned media in this country, there are millions of Americans who still believe in unity - not division.

There's Nothing Worse Than Bad Losers 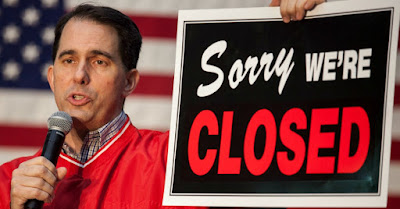 The Party of Trump is still reeling from the beating they took during the midterms. Now, we're seeing their response to the historic losses...and it's not pretty.

Like other Republicans who chose to become Trump minions,  Walker and his ilk were defeated and are taking it badly. This last parting shot proves it.

Being a sore loser is not as bad as what Republicans tried to do in North Carolina however.

Republican party minions did their best to rig the election and the new Democratic governor is now holding them accountable. An investigation is underway.


According to Democratic Party Chair Wayne Goodwin;
"From what we've seen from these sworn affidavits, and we will learn more as the hearing is held, there appears to be election tampering, election rigging, and election stealing."
As long as we're talking about Republican losers let's not forget about our liar in chief.
Mueller's coming to town this Christmas with a bag of indictments for Trump.
Ho! Ho! Ho!
Time for me to walk on down the road...
at December 05, 2018 No comments:

Have A Merry Giftless Christmas 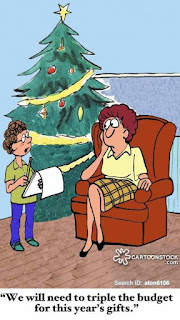 Here's some fodder for Christmas; would you give up gift giving if all of your friends and family did this year?

According to a Harris Poll last December 69% of Americans said they would.

About 43% said they felt pressured to give gifts and spend more money than they can afford. Sound familiar?

When our three boys were growing up my wife and I felt we were depriving them if half the living room around the tree wasn't piled high with presents.

We dreaded paying the piper every January. After our boys grew up we reined in our gift-giving habits. We haven't made that final commitment yet...but we're sure thinking about it this year.

To be truly free from the tyranny of gift-giving the best idea is NOT to give ANYONE presents (easier said than done).

As a kid, I considered the success of each Christmas Day was based on the amount of presents I got. Now that I'm an old coot, I look at the holiday more philosophically; Jesus never demanded we buy gifts to celebrate him. At least not in the Bible.

So, is it possible to have a great Christmas without showering each other with gifts fated to fade away in time?

Sure. Save the money, damn tradition, and use it to travel.

Meanwhile, you can have a Christmas feast, enjoy Christmas carols and stories, and be in the Christmas spirit without supporting major corporations who prey on consumers during Christmas, like a school of sharks in a moat around your Christmas tree! 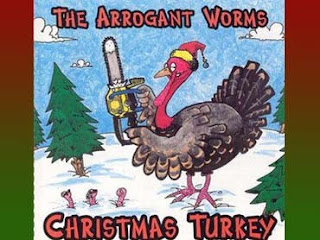 Started this Monday out with a jolt of java and hunting down Christmas carols that will make you laugh so hard you'll pee your pants!

There's so many that I'm going to quit yapping and start sharing:

Reflection of the times:

4. (Video) Santa Claus and His Old Lady (By Cheech and Chong)

I hope you enjoyed them. I thought it may help get you into a lighter holiday spirit during these dark days under Trump.

Nothing Nice To Say About The Deceased? Don't Say Anything 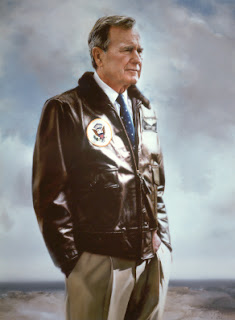 I took a long reflective pause when I heard George H.W. Bush passed away at 94-years old.

Memories of his controversial pardons for six members of his administration facing prosecution in the Iran-Contra investigation haunted me.

When I was growing I was taught to never speak badly of the dead. It was wrong. Period.

I thought about Trump's use of pardons. But (with emphasis), there are no other comparisons between the two presidents.

* You can't compare a draft dodger with a WWII combat bomber pilot.

* You cannot compare the difference between Bush's essential authenticity and Trump's phoniness.

* Bush always sought to set the bar higher, while Trump lowered the bar, violating the Constitution, attacking America's intelligence community, and attacking our judicial system right up to the Supreme Court.

The nation, and the world, is honoring the passing of our 41st president, George H.W.Bush.

Praise for his accomplishments continue to pour in.

Rest in peace, Herbert Walker Bush. You are the end of an era.