The future has arrived - Nevada is ready for autonomous vehicles 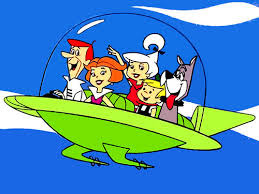 Our path today will take us down a road where cars don’t need drivers.

I was 12-years old when the Jetsons animated sitcom originally aired in prime-time in 1962. I can remember sitting down with the whole family and watching it on Thursday nights.

One of the things I thought was really cool was how their car drove itself. Mr. Jetson (or one of the others) would hop in a car and tell it where they wanted to go. The car took over from there. Flash forward to today’s news.

“This month Nevada became the first state in the nation to formally approve legislation authorizing the use of autonomous vehicles on its roadways.

The once far-fetched idea is becoming more and more grounded every day as manufacturers work to develop technology that could permit a motorist to plug in a destination and let the vehicle drive there automatically. Indeed, Google has become a leader in autonomous technology, with several prototypes already logging over 160,000 miles in test runs.

While most experts contend the technology is still years away from widespread application, Nevada lawmakers apparently couldn’t wait.  Last summer, lawmakers there ordered state regulators to establish rules covering the use of autonomous vehicles.

The regulations have now been finalized -- and the Nevada Department of Motor Vehicles will now have to formalize licensing procedures for companies that want to test their vehicles in the state.”

Read the rest of the story here.