Why would someone pretend to belong to another race?

Specifically, why would a white woman claim to be partially black when she’s not? The answer, it seems, is to further her career. This is an odd case, and that’s why I’m sharing it with you.

Rachel Dolezal, built a career as an activist in the black community of 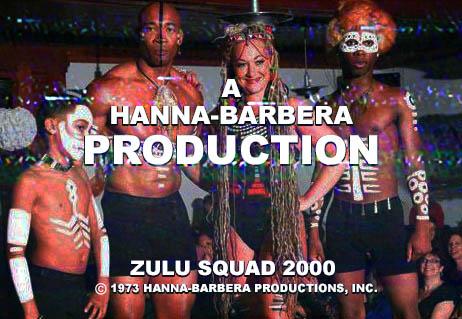 Spokane, Washington. A partly black activist. The only problem with that is both of her parents are white.

Her parents said their daughter is as well, providing local media with a birth certificate and childhood photographs of a blonde, fair-skinned Dolezal.

Interviewed Friday on CNN, Lawrence and Ruthanne Dolezal said they were saddened and hurt by their daughter's behavior.

Dolezal has so far dodged questions seeking clarification about her race and ethnicity. But it’s just a matter of time before she has to fess up.

The Psychology of an Ethnic Fraud: Behind Rachel Dolezal’s Invented Persecution

She rose to become the president of the city's branch of the National Association for the Advancement of Colored People (NAACP) and also served as an independent mediator for the city's police force.

The question is, did she obtain her job through fraudulent means? Neither position required that she be black, but the Coeur d'Alene Press said Dolezal identified herself in application forms as part black, part white and part Indian.

The Spokane Spokesman Review reported she told them: "I feel like I owe my executive committee a conversation."

"That question is not as easy as it seems," she said after being contacted at Eastern Washington University, where she is a part-time professor in the Africana Studies Program.

"There's a lot of complexities … and I don't know that everyone would understand that."

And she broke off an interview with a local TV reporter when he asked her point blank: "Are you African American?"

Apparently, at some point in her life, Dolezal decided her race was a liability and broke off contact with her parents. Then she went on to become a “black activist.”

What bothers me about this story is that this woman based her career upon a lie.

Reports covering the question of Dolezal’s identity went viral Thursday, after the City of Spokane announced that it was investigating whether she had lied in identifying herself as African-American on her application to serve on the city’s police oversight commission, according to the ABC affiliate.

Deja Vue: Sending Troops to Train a Foreign Army is How the S**t Starts!

You know something’s seriously screwed up when our government can’t learn from history’s lessons.

Wise men learn from their mistakes. It’s apparent we don’t have wise people in Congress, or the White House, for that matter.

President Barack Obama ordered the deployment of up to 450 more U.S. troops to Iraq on Wednesday to advise and assist local forces in an effort to reverse the recent gains of the Islamic State.

Under the plan, the United States will open a fifth training site in Iraq, with the goal of integrating Iraqi Security Forces and Sunni fighters. The immediate objective is to retake the city of Ramadi, seized by the Islamic State last month.

For those who are too young to remember our senseless war with the Vietnamese people, I can tell you it was a costly mistake engineered by Chicken Hawks in Washington.

Iraq has become the USA’s new deadly tar baby, sinking us further into debt and costing lives on all sides.

What is the end game? Is there even one? I doubt it.

Pardon me, but I’m never flying in an airplane again!

Editor’s Note: I won’t be posting anything tomorrow – Friday June 12th – because I’m going to my grandson’s 8th grade graduation. Check out some of my most popular posts and past newspaper columns on the right side of this page.

I’m not going to launch into a long litany of news reports detailing airline accidents. If you haven’t kept up with them that’s up to you.

I’m not even going to talk about pilots who decide to commit suicide and take planes down with them.

But I am going to tell you about the two final straws that broke the proverbial camel’s back and made me swear off flying.

Because I’m a curious person, I like to keep up with little things – like safe air travel for instance.

A recent Department of Homeland Security report found investigators could sneak fake bombs and weaponry through security with a 95 percent success rate! If that doesn’t scare the hell out of you, I applaud your cool.

Homeland Security Inspector General John Roth presented lawmakers with his new report that found TSA failed to detect at least 73 people with links to terrorism who were hired by US airports.

If that doesn’t send a chill though your body, then you’re REAL cool.

Anyone who knows me, or has read my columns where I discuss why I hate flying, knows I’m a chicken when it comes to flight! I’ll even cluck for you if necessary.

Seriously folks, flying is getting scarier every day. When reports like these two are released it makes a person wonder when – not if – the next plane tragedy will occur.

“But who shall dwell in these worlds if they be inhabited? . . .
Are we or they Lords of the World?
And how are all things made for man?”

Kepler (quoted in The Anatomy of Melancholy)

I almost conceded that I would never see a flying saucer.

Then I saw one!

But here’s the kicker…instead of aliens piloting the flying saucer I saw, it was powered by remote control and NASA scientists were responsible.

After nearly a week of weather-related delays, NASA has sent up a rocket-powered "flying saucer" to test technologies that could someday help get heavy payloads to Mars.

That’s right. Not only are humans replacing aliens in modern space craft but we’re going to

Mars – instead of the aliens coming here. Oh, the humanity! What would have Orson Wells thought?

It’s a stunning reverse of the War of the Worlds. Humans invade Mars. Heck, we’re already planning on colonizing Mars but we have to conquer it first.

Seriously folks, I have to tell you I wasn’t too impressed by the video above showing the inaugural launch of the LDSD.

It sucks the drama right out of the long-imagined flying saucer flight watching the LDSD being towed up into the atmosphere by a giant balloon.

At some point the rockets kick in and it takes off on it’s own power, but the moment has been spoiled. The damn thing looks silly!

Okay, okay. I’ll cut the brains at NASA some slack and admit their flying saucer (when it’s not being towed by a balloon) looks like something out of the War of the Worlds.

If you’re into following the progress of the LDSD you’ll find updates on NASA's LDSD blog and the @NASA_Technology Twitter feed.

Did Nude Romp in the Mountains Cause an Earthquake?

If I’ve learned anything in my life, it’s not to judge other’s beliefs. No matter how screwy I think they are.

For example, did you ever see Joe Versus the Volcano?

In an nutshell, a wealthy industrialist named Samuel Graynamore unexpectedly makes Joe (the main character) who thinks he’s dying, a proposition. He wants to mine "bubaru",a mineral essential for the manufacturing of superconductors.

One problem: the natives believe that the fire god of the volcano on their island must be appeased by a voluntary human sacrifice once every century, but none of the Waponis are willing to volunteer this time around.

They need a volunteer. That’s where Joe comes in. In the end he jumps into the volcano – with his girlfriend – but they get blown out to sea where they are quickly rescued. The end.

Malaysian tribal leaders blame a group of Western tourists for triggering a deadly earthquake by taking naked photos of themselves on a sacred mountain, a local official told NBC News on Monday.

Tribal and political leaders across the state of Sabah have called for the arrest of the 10 tourists after they allegedly stripped on Mount Kinabalu last month, said Masidi Manjun, the state's tourism, culture and environment minister.

On Friday, one week after the group allegedly took the naked photos and posted them on social media, a 6.0-magnitude earthquake struck 5 miles south of the 13,500-foot summit on Malaysian Borneo. Sixteen people were killed, and more than 100 climbers were trapped for a time on the mountain.

The Kadazan-Dusun tribe believe that the "disrespectful" actions of the tourists were responsible for triggering the earthquake, Manjun said.

Unlike in Joe Versus the Volcano, this story is no comedy.

The belief among the natives is that the souls of the departed will rest on the mountain before the day of judgment.

Stay tuned to see what happens to these crazy tourists who decided to frolic naked on their sacred mountain. It’s their turn for judgment.

Welcome to the third installment of new reality shows I’d like to see.

Twins Mandy and Randy have an ongoing argument over which has the better boger blower and which is the most accurate.

Jim Bob likes to eat bogers. And he’s not too particular.

Examples of Miracles,Wonders, and Signs?

When I saw this video of lighting striking the White House I immediately assumed God was fed up with our politicians!

But really folks…what do you think about signs and miracles? Is there anything to them? Should we heed them?

1) Was this a miracle? "I Shouldn't Be Here": Teen, Asleep at Wheel, Nearly Impaled by Fence

2) In a Rhode Island church, the Faithful believe mysteriously recurring stain, seemingly coming out of a painting of Jesus on the cross, is a miraculous sign.

3) Police in western Germany say a novice driver escaped unharmed but her car was crushed after she inadvertently turned into the path of a convoy of British tanks.

4) Ernesto Olivares Miranda, a Seventh-day Adventist from Chile, is a member of a team of mountaineers who were on Mount Everest when the 7.8 magnitude earthquake rocked Nepal on Saturday, April 25. Was his survival a miracle?

5) A driver and their passenger walked away unscathed after a metal car park barrier smashed into the windscreen of their vehicle – passed through the interior – and crashed out through the rear window.