Amazing as it may seem, scientists keep finding new species of animals – well, at least new to mankind. They’ve been out there all along.

Every year we get to hear about things like spiders as big as our faces or beautifully colored frogs that will poison us if we even touch them.

I love this time of year when everyone is making up lists about what happened throughout the year. This year is one of my favorites:

“On remote forest tree-tops and in deep Arctic oceans, researchers spotted and identified a varied collection of new species in 2013.

Among them: a "cocoa frog" from Suriname, a shark that walks, and a tarantula the size of a dinner plate.

Though this year’s haul of new species runs into the thousands, researchers estimate that there are about 8 million species still unidentified by science skulking in remote corners of the world, and sometimes hiding out right under scientists' noses.

And that’s not including most of the microbial world. "When you throw in the bacteria and archaea and cyanobacteria and those early groups, all bets are off," Quentin Wheeler, incoming president of the SUNY College of Environmental Science and Forestry, and founder of the International Institute for Species Exploration, told NBC News.

Science is catching up with Mother Nature — but slowly. About 18,000 species are discovered every year, and as of 2013, "we’re fast approaching 2 million named things," Wheeler said.” (Read whole story here)

A wink at the weirdest political moments of 2013

In another year marked by a steady stream of gaffes, scandals, and strange controversies, the late night comedy pros have had no drought of material from Washington, D.C., as the stars of our nation’s body politic continued to say goofy things into microphones on a shockingly regular basis.

Here are three of the eleven most bizarre quotes for 2013. They’re head scratching, strange moments, in the words of the men and women who brought them to you:

“I knew that by putting something out as a tweet that I deleted that the press would see it, and if they could read something into what was an innocent tweet about how hot Cyndi Lauper was as a performer, that it would get the press’s attention, and it did in a monster way.” – Rep. Steve Cohen, D-Tenn., April 12.

“The most shocking part of the story was learning that there is a vegan strip club in Portland.” – Cory Booker spokesman Kevin Griffis, Sept. 25.

Marry Christmas from As It Stands! 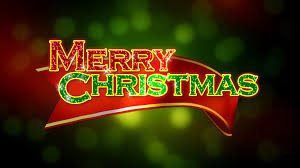 Merry Christmas to everyone in the world, and may you enjoy peace and love in abundance.

Wherever you may be, I hope the seasons blessings are upon thee!

Thank you for stopping by.

It’s the day before Christmas & throughout Lakerdom there’s little hope for a Christmas Day miracle! 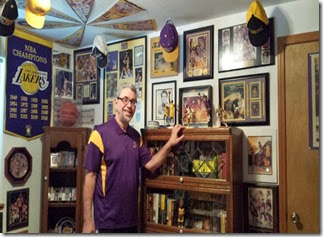 The seriously depleted Laker squad this season is a collection of castoffs and young players with good attitudes and limited skills.

There will be no Kobe Bryant to give them at least one superstar on the court Christmas Day when they play against the powerhouse Miami Heat.

For fans such as myself, these are the down days of a once proud Laker dynasty. I cringe when they play anyone now. Teams that used to mean automatic wins are now clobbering the mismatched group of Lakers who are trying to get by without a point guard. 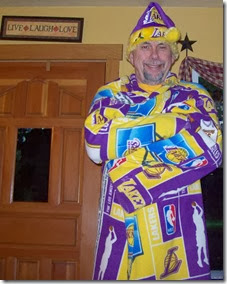 from him. The only upside will be he’s a point guard. I couldn’t believe what happened when Coach Di’ Antonio reached down into the D-League and brought in a point guard for the last game against Golden State.

The guy, I refuse to use his name (Kendall Marshal), lasted for several plays. He managed to get a foul called on him, and then was ejected from the game in mere minutes! This is the kind of season it’s been for the hapless Lakers.

Pau Gasol played despite a lingering upper respiratory infection played against the Suns last night and scored a season low 10 points before retiring. Who knows if he’s going to be up to playing again on Christmas Day? The Suns ran them off the court 117 to 90.

So, that leaves us with guys like Jodie Meeks playing starting point guard. His backups, Henry and Young, are not point guards either. Jordan Hill, who has been playing well of late, will really have a challenge on his hands guarding Miami Heat Center, Chris Bosch.

But you know what? I’m going to have my Laker/Santa Claus hat on with my Laker robe this Christmas Day hoping for a miracle for my team…the Los Angeles Lakers! What else can a true fan do?

Decorated Combat Veteran on a Mission for Medical Marijuana

As a combat veteran with PTSD, I closely follow any new treatments that come up in the news.

Two trends have recently captured my interest because they’re non-traditional means of dealing with my condition.

They are, PTSD dogs and medical marijuana.

I’ve got a news item on the topic of medical marijuana which is really making the rounds on the social media circuit today:

If you take the average person off the street, he said, he will not be able to point a gun at somebody and pull the trigger.

“They have to be trained to kill, so most people will pull the gun up at the last minute and miss,” Parks said, noting that the U.S. military got hip to this trend following WWI, when which soldiers subconsciously missed the mark about 75 percent of the time.

Combat training has since been altered to better teach people to kill. Instead of fixed bullseye targets, soldiers now practice shooting at popup human silhouettes. But whether or not a person has been trained to kill, the brutality of war can leave a dark and sometimes permanent mark on their psyche.

Parks, like 30 percent of all Vietnam War vets and at least 20 percent of Iraq and Afghanistan veterans, left the army with symptoms of post-traumatic stress disorder.

He was featured in the 2009 Emmy Award-winning documentary, The Good Soldier, which follows five combat vets, each from a different American war, as they sign up, go to battle, then eventually become disillusioned with war and rethink what it means to be a “good soldier.” In the film, Parks explains how the act of killing later torments so many combat veterans, himself included.

Now, Parks is leading the national fight to allow veterans to access cannabis. He is the former president of the North Carolina Cannabis Patients Network, which focuses on medical marijuana policy reform in the state, and continues to work with the organization as a legislative liaison. His primary job is to reach out to state officials and raise money for the organization.

While 20 states and Washington D.C. have legalized medical

marijuana, only a few of those states grant medical marijuana access to people with PTSD—and Parks lives in North Carolina where the use of the herb for any purpose is restricted and severely enforced.

Take Josh Cook, a veteran from North Carolina who was injured in Iraq and medically discharged when he began to exper

ience seizures. After trying a series of legal seizure medications, Cook found that cannabis alone helped; in fact, it stopped his seizures altogether for eight months. But in January the local police showed up at Cook’s door and asked to search his house. He agreed, and the cops found an electric coffee bean grinder Cook had been using to grind his marijuana. Cook was arrested and charged with two counts of marijuana possession.

Nevertheless, Parks is public about the fact that he uses an “illegal substance,” and he has never been arrested—yet. He chalks his good fortune, in part, to the fact that he’s extremely outspoken about his pot use. He’s brought medical information about cannabis to meetings with the local DA and mayor, his preacher, and even the local sheriff to try to educate them about the proven medic 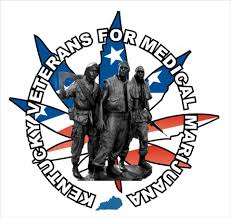 al benefits of cannabis use.

“And, of course, I’ve taken full advantage of the military background,” he said, noting that people tend to be much less inclined to arrest a white, retired military officer in uniform than they are a black man or a teenager, for example.

“For years I didn’t wear my uniform, but got to thinking about how the joint chiefs of staff, when they go in and ask for millions of dollars for the military, they don't go in in civilian clothes," he said. "They wear their uniforms with all them brightly colored ribbons up front."

(Read the rest of this story here at AlterNet)

5 Great Breweries Where I live in Medford, Oregon

I’m going to brag a little by sharing the great Brew Scene in Medford, Oregon, where I live.

No matter what time of the year you can find some tasty craft beer here!

Speaking of craft beers,here’s something I put together I think you’ll enjoy.

Here’s the 5 Breweries in Medford: 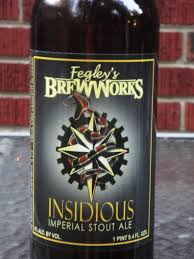 • WALKABOUT BREWING COMPANY TAP ROOM, 921 Mason Way, opened in Medford in July 2012, though owner and brewer Ross Litton founded the microbrewery in 1997 in Central Point.
His aim was to produce beers in the Northwest style with ingredients grown in Oregon and Washington.
Walkabout's regular beers are Worker's Pale Ale, Jabberwocky Strong Ale, Wallaby White, Redback IPA, Aussie Amber and ESB.,
Its seasonal beers are Point the Bone IPA (Halloween), Crocktoberfest (fall), and St. Outback Stout (winter).
The tap room is open Monday through Friday 3 to 8 p.m. Saturday and Sunday noon to 5 p.m. The tasting room does not make food, but patrons are welcome to bring their own.
For more, 541-734-4677 (tap house) or 541- 664-7763 (brewery).