Cutting in Line: Only Bullies, Dweebs and the Wealthy Do It 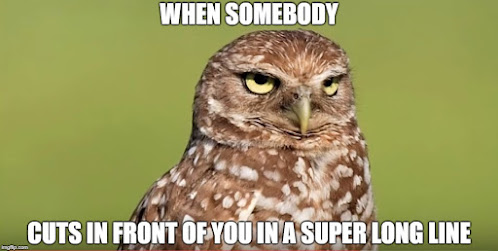 It starts early in our lives

Learning line etiquette in grade school is one of our many introductions on how to behave in a civilized society.

You don't cut in line. Clear as crystal right?

I can remember a bully in our third grade class who always made a big show of cutting in front of lines. It seemed like he had this power to elude a teacher's attention while being a shithead.

Karma caught up with him one day when he cut in line right in front of the tallest girl in school. The bully got his ass kicked by a GIRL and swore off cutting before she released him from a stranglehold. 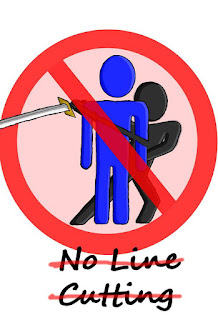 Sometimes, in the course of shopping or waiting in lines at theatres dweebs try to cut in front of you and pretend they don't know what they just did.

Called on it, they try to laugh it off as a mistake and slink away.

Some lines are more important than others.

Some lines can be a matter of life and death.

As a limited amount of vaccine to fight COVID-19 is available right now it needs to go to front line workers in hospitals and emergency services (fire and ambulance).

There are some exceptions however. Politicians high up on the political hierarchy are getting the vaccine for national security purposes.

Each state decides who will be prioritized to get the this first batch of vaccine.

While the nation continues to see record levels of new coronavirus cases, hospitalizations and deaths, wealthy patients in Southern California are offering to pay top dollar to cut the line and be among the first to get vaccinated.

Doctors are reporting wealthy patients offering to donate up to $25,000 to the hospital in exchange for an early shot. Who knows how many celebs got away with this scheme to cheat average Americans?

I don't like bullies. I scorn dweebs, but when it comes to entitled assholes with money who think they can buy their way through life, I get real disgusted. Some things never change.

Where in the Real World is Trump? 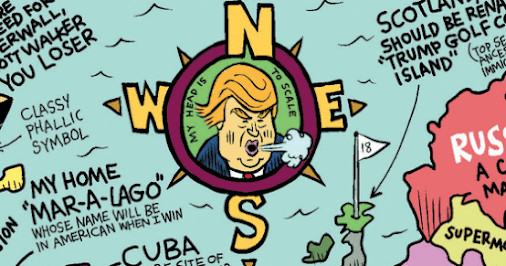 Raise your hand if you remember the "Where in the World is Waldo?" game.

Guess what? It's back... with a twist. Everyone is asking "Where in the real world is Trump?"

Since Trump lost the election he has checked out from his duties as president and has been spending every waking moment trying to subvert democracy and overturn a fair election.

Where is Trump after the announcement of one of the biggest security hacks against America's vital infrastructure by Russia?

Where is Trump on the coronavirus surge across the nation?

Where is Trump on a relief bill for hard hit Americans?

Where is Trump as the government gets ready to shut down tonight?

Where is Trump hiding in the White House? The bunker? 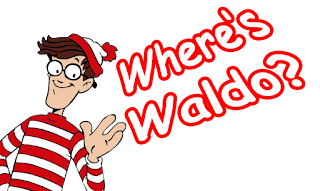 The only clues we have are Trump's around- the-clock grievance tweets coming from an alternate universe.

In this version of Where's Waldo there are no rules, and few clues.

Trump just pops up out of nowhere and spreads conspiracies' like a deadly virus.

It's like the movie Groundhog Day where every day repeats itself, but with a Trumpian twist of chaos. He peeks out of his bunker daily long enough to repeat the same grievances verbatim.

Unlike the original game where there's an ending when you find Waldo, the Trumpian version has NO ENDING.

But you already knew that, didn't you? 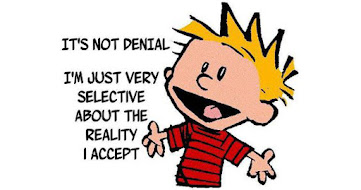 Denialism: "In the psychology of human behavior, denialism is a person's choice to avoid a psychologically uncomfortable truth."

I started young, but seldom got confused between reality and alternate realities, regardless of the story or movie, because I could ask an adult if they were real, or not.

Adults, from my parents to teachers, made sure we lived in the real world where opinions and fiction are not facts. The sky was blue, and the grass was green. End of story.

Until Trump was elected president.

By now, Americans and the world have discovered that Trump not only lives in his own universe he brings in his supporters like sheep bleating any lie he advances.

How did a con man brainwash so many Americans? We may never know the full answer.

By offering alternatives to facts many people can live in a comfortable bubble of denial against anything they don't like.

What I'm trying to understand is how people I know and love got caught up in the chaos created during the Trump regime.

It's tough watching those who you care about take an abrupt turn against reality because of poison politics and Trump's war on the mainstream media - which he casts as Fake News. Dictators around the world have since followed his example.

Thus far I've only mentioned Trumpies, but there's other Americans who have been denying reality with regularity lately.

The Anti-Face Mask mob, and the No Vaccination crowd.

Both of these groups have something in common - they do not believe in science. Their influence has been amplified by Trump's bully pulpit of science denial.

One last thought; fear is a motivating factor for anyone... to a point. You don't have to fit in any of the above categories to deny reality.

People with mental health problems struggle with reality throughout their lives.

It's difficult to pinpoint why people decide to go off track and deny reality. I'm sure there's more examples, but the bottom line is the brain is a fragile thing. 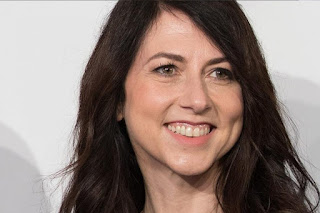 If the name Mackenzie Scott doesn't sound familiar, maybe it should.

She's the former wife of the one of the richest people in the world... Jeff Bezos. But that's not why we should all know her name.

She's become a financial angel to charities throughout America by giving away the majority of her fortune.

Four months ago she gifted $1.7 billion to 116 organizations nationwide. She followed that up Tuesday and gave $4.2 billion to 385 organizations; and there's more to come.

At a time when the coronavirus and the economy are major challenges, Scott has given to Goodwill, Meals on Wheels, YMCA and The United Way, the NAACP, Global Fund for Women and hundreds of other organizations to make life easier for Americans.

So on behalf of all average Americans, I'm thanking her for her generosity and humanity.

There are other billionaires that donate to good causes and we generally hear about them - Bill Gates, etc al, and recognize them as household names.

It's time to add Scott. She deserves it.

A Season of Hunger: 1 in6 Children Live in Food- Insecure Households 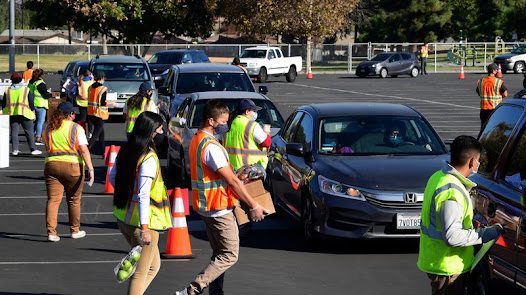 Millions of Americans are more concerned about where their next meal will come from, than the political chaos under the Trump regime.

Food banks are running out of supplies in every state. If not for volunteers who gather and distribute food to the needy, things would be even worse.

The fact is since the coronavirus hit the effects of lockdowns has increased hunger across the nation.

Last year more than 35 million people experienced food insecurity. Experts say this year there will be over 50 millions Americans looking for help to feed their families. 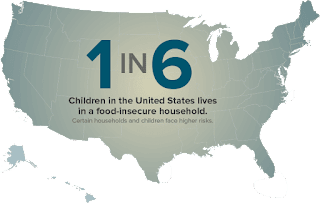 With multiple federal aid programs set to run out soon, many pantries fear they will run out of food.

The crisis is acute. Congress has to get it's act together before the year ends before it gets worse.

The number one thing Congress can do is to pass an economic relief package ASAP. Food is a basic human right and hunger supersedes so many things.

Here's a link to key statistics providing all the challenges Americans face today to put a meal on the table.

The Day Has Arrived: Electoral Votes Are Being Counted 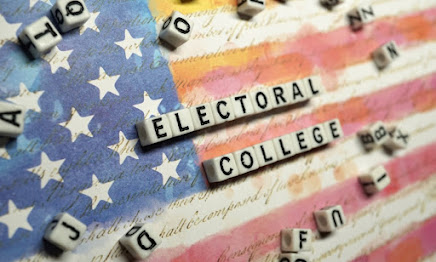 The day has arrived when the final act of the 2020 election is completed.

This morning the first results have been recorded by Vermont's electors who cast their three votes for Joe Biden. Later Tennessee cast it's 11 electoral votes for Trump.

This count will be happening throughout the day. Normally it's the least controversial part of a presidential election.

Trump and his minions haven't stopped their assault on fair elections yet. Today crowds of Trump protestors are defying reality and refuse to believe the election is over.

In other words, Trump and his base are poor losers. Their attempt at subverting democracy has failed at every turn. Over 56 judges have ruled against the frivolous lawsuits filed by Trump supporters since Nov. 3rd.

The final slap-down came from the Supreme Court when it refused to entertain Trump's lawyers baseless accusations.

Sometime this evening Biden will address the nation following Electoral College certification. The message? Time to move on from the distractions by a segment of losers in our society.

Something to Look Forward To Every Week: The Sunday Comics 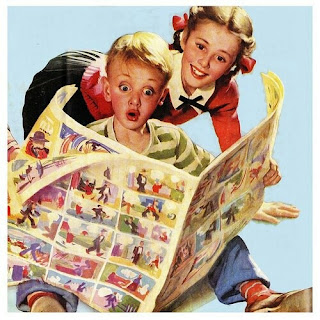 Growing up there was one thing that I looked forward to every Sunday; the Comic section.

While my Dad read the news sections, and my Mother read all the ads, I always curled up somewhere and feasted on the comic strips.

They were in glorious color. Full pages of hilarity that made my Sunday mornings fun. I eagerly followed the adventures of Alley Oop; Barney Google and Snuffy Smith; Blondie; Buck Rogers; and Flash Gordon.

The subjects ranged from adventure, detective, and humor strips to dramatic strips with soap opera situations like Mary Worth.

Some comic strips ran all week and culminated in a color presentation on Sundays. Little Orphan Annie and The Phantom are two great examples.

Some of my favorite current cartoon strips are Garfield; Peanuts; Family Circle and Calvin and Hobbes.

In a time when laughter is at a premium, we can still count on the Sunday Comic pages to start our day out right.

Did I fail to mention your favorite strip? If so, let me know what it is. There's nothing like reader input to know if I'm on the right track.

Have an enjoyable Sunday.