I don't think bottled air is going to solve China's pollution problem, but it is making one Canadian a lot of money! 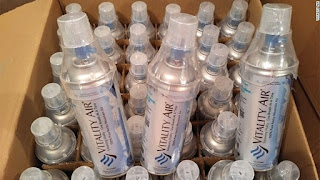 Back in the day when I was selling newspaper advertising competition was fierce.

And this was before the Internet. You can only imagine how much harder it is nowadays.

I remember saying during sales meetings that a great salesman should be able to sell anything. Like selling snow to an Eskimo for example.

Years later, I noticed that when I stopped to put air in my tire it was no longer a free service. I had to drop a quarter into a little machine that gave me a minute (or two, I don't remember exactly) of air.

I just finished reading an article about how bad the air pollution is in China. It promtly brought to mind this story about how a Canadian man is selling fresh air in cannisters to the Chinese. 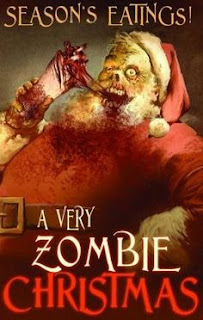 Have you been good little boys and girls this year?

You better have, because otherwise you're going to get a visit from Zombie Claus!

Yes, Zombie Claus. You know why?

Because zombies are so damn popular in our society today. Like these video games: Star Wars Zombies, Santa's Zombie Elves, and Zombie Christmas Story to give a few quick examples.

If you're interested in getting into the spirit of things here's a video on how to turn yourself into Zombie Claus. Be the life center of the party when you arrive to give out scary gifts to bad little boys and girls!

All in fun, okay?

If you're a Christmas traditionalist, don't let this post bother you. I'm not advocating anything. Simply observing how popular zombies are in our culture now.

Even during the holidays.

Don't Worry, CHRISTMAS wins 'the War on Christmas' Every Year! 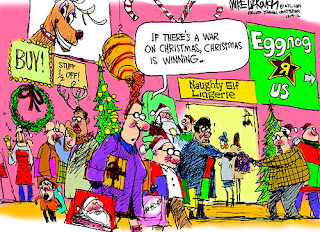 Do you know where the expression "...the War on Christmas" comes from?

The answer is not the Republican Party.

The expression "the War on Christmas" has been used in the media to denote Christmas-related controversies.

We can thank conservative commentators such as Peter Brimelow and Bill O'Reilly for inserting their paranoia into the holiday since 1996.

Brimelow and O'Reilly claimed any specific mention of the term "Christmas" or its religious aspects was being increasingly censored, avoided, or discouraged by a number of advertisers, retailers, government (prominently schools), and other public and secular organizations.

Jeff Schweitzer, a commentator for The Huffington Post, addressed the position of commentators such as O'Reilly, stating that:

"There is no war on Christmas; the idea is absurd at every level. Those who object to being forced to celebrate an other's religion are drowning in Christmas in a sea of Christianity dominating all aspects of social life. An 80 percent majority can claim victim hood only with an extraordinary flight from reality."

So, now you know where the term came from. And, why it gets recycled every year on Fox News.

As if we weren't already polarized enough in this country, this stupid meme/controversy rolls around annually, like the Grinch trying to spoil Christmas.

But it isn't going to happen! Christmas wins every year.

I saw my son, and his girlfriend, on Facebook modeling ugly sweaters at an "Ugly Sweater" party, and it got me to thinking (always a dangerous proposition).

Why not have Ugly Pants Parties?

My example here is just a suggestion. Imagine what you could come up with?

We really should have Ugly Hat Parties.

There's already Ugly People parties - I go to at least one every December.

Now we're warming up for the holidays...

How about Elf parties? Cosplayers ought to really get into the spirit of things there.

I'm saving the best for last...

How about an Ugly Politician Party? That way none of them will be left out, because they're all ugly...in one way, or another. 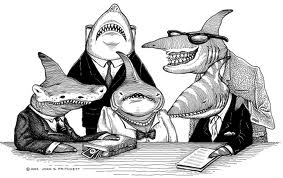 Despite the fact that politicians are my least favorite people in the whole world, it is Christmas time, so I'm passing out the following presents:

To Ted Cruz: A copy of  the book, 12 Rules for Mixing Religion and Politics by Peter Montgomery.

To Marco Rubio: I bronzed his most recent Lobby Award Plaque from GEO GROUP, the nation's second-largest for-profit prison company.

To Bernie Sanders: An appointment to get a buzz haircut at a prestigious beauty college.

To Hillary Clinton: A one-year free membership with Radical Honesty, a group who teaches how to actually live an authentic life.

To Martin O'Malley: Oh boy is this awkward ...I didn't get a gift for you because (like the rest of the country) I never heard of you before you filed for president this year!

To President Obama: A special appointment for same day ear-reduction surgery at The Mayo Clinic.

Before I even start, let’s get one thing straight; the following is satire. For those of you with no sense of humor that means I’m just joking…with an edge to my message.

What a difference a year makes.
Up until last year, only 89 out of 100 Americans had guns. The NRA’s latest victory - arming the remaining 11% who didn’t have guns – signals a new time of peace and posterity.

* One of the hottest selling products of the new year is a framed photo of Wayne LaPierre wearing a Remington (they branched out to a clothing line) thong while sipping a beer on Prado Beach.

* Interior designers report that the new “in-look” is “Assault Rifle and Ammo Montage” wallpaper. They praise the versatility of the design, suggesting it looks good throughout the house.

* Hood ornaments are back! The hands-down leader is a silver Assault Rifle mounted on a NRA logo. They are popping up on all makes, not just pickup trucks.

* For pure action “Count to 10 – Then Run!” is hard to beat. Premise: Contestants randomly select a person and give them 10 seconds to run for their lives before hunting them down with fully automatic assault rifles.

* Viewers are warned not to copy the contestants (who are crazy) in “Hot Grenade,”  a lethal version of the children’s game of “Hot Potatoes.”

* For heart-stopping drama, “The Mankill Family,” has no equal. Literally. More heart shot kills are made than any other reality shows on TV. You don’t want to live in their neighborhood!

TRENDING
* Marriages at Gun Ranges. Instead of dancing after the oath-giving ceremony, guests will fire at targets of Liberals with complimentary rifles.

* All time high for accidental gun shot wounds/deaths in every hospital of the country.

England has no intention of returning stolen loot

The British were once fond of bragging that the sun never set on their empire.

During those halcyon times the British looted the countries they conquered as a matter of course.

What I really find amusing is that the Brits have no intention of returning any of those stolen goods to the countries they defeated.

A Pakistani attorney recently said he filed a court petition seeking the return of the famed Koh-i-Noor diamond Britain forced India to hand over in colonial times.

Once the largest known diamond in the world, the 105-carat diamond, also called the Mountain of Light, is one of the Crown Jewels. It is set in a crown last worn by the late mother of Queen Elizabeth II during her coronation.

The British response to Attorney Jawaid Iqbal Jafree request is the same one that’s been given 786 times before; Silence. Not a word.

During a visit to India in 2010, British Prime Minister David Cameron said in an interview on Indian television that the diamond would stay in London.

"What tends to happen with these questions is that if you say yes to one, then you would suddenly find the British Museum empty," he said.

So there you have it. England would have to return everything in the British Museum if they set the dangerous precedent of righting so many wrongs.