The Titanic Surfaces in China, Why Men Don't Get Boners, and You Better Watch Out For Santa Claus! 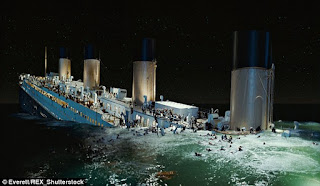 I've got a mishmash of trival trash gleaned from the wastelands of the internet for your amusement today.

I'm beggining to think the Titanic may be unsinkable!

Construction of a life-size replica of the doomed passenger ship has begun at a Mediterranean-themed attraction in China.

Visitors will get to experience the sinking and feel the impact of the iceberg that took the legendary vessal to it's watery grave.

If you've been naughty you better repent fast, so Santa Claus doesn't put you on his shit list. He's not just leaving a lump of coal this year, he's going after naughty people with a vengence!

Did you hear about that clown who was so hard up he tried to rob an adult store? It happened in San Bernadino, California (watch here) yesterday.

The shop's two female empoyees threw sex toys at the armed robber, who lost his nerve and ran away!

I don't care what you've been told, or think, men DON'T GET BONERS. Get over it. I've got an article here that explains why.

It's About How We Run The Race 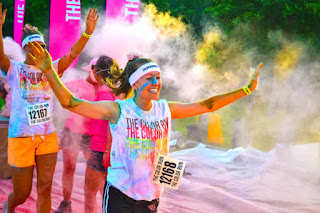 My offering today comes as a commentary encased in poetry...

It's how we run the race
not our birthplace
or knowledge base
or coming in first place
in a footrace
It's about grace
face-to-face
and in cyberspace
not trying to disgrace
others in the workplace
not afraid to embrace
anyone in any place
even outer space
because it's how you chase
your dreams and interface
with people in a happy place
without a trace
of hate, ready to embrace
everything it takes
to run a good race... 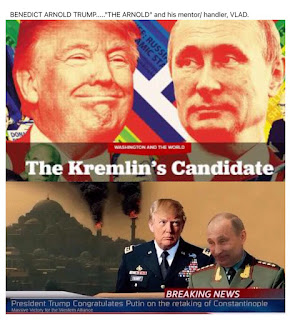 Facts have always annoyed Donald Trump. Especially when he's on a mission.

Instead he relies on lawsuits to skirt around facts. He can tell you an outright lie to your face without blinking.

A lifetime of lies will do that. It's like having a superpower.

However, his recent actions prove he's worse than just a liar... he's a traitor planning on selling out America to Russia.

His whole life has been about enhancing his wealth. Not the American people's fortunes.

Trump's latest attacks against American intelligence agencies that outright said the Russians were inferring with the election, are more than troubling; they're a scary sign of what's coming down the road.

When it comes to Russia, Trump has a real credibility problem.

Why wouldn't he take a foreign government's suspected interference in an American election seriously, unless he doesn't want to know the truth?

Or worse yet, maybe he does know the truth, and his minions have been working with the Russians all along.

The troubling signs have been there throughout the presidential campaign.

Putin and Trump's bromance blossomed while staffers for Trump with Russian ties were added - and later dropped when the press found out.

Watch what happens in the months and years ahead, as Trump drops sanctions against Russia and boldly buddies up with communists - whose main goal is to wipe out Democracy.

Related: Commentary: Trump must stand up to Moscow - now

To Dream Perchance About A Macabre Dance 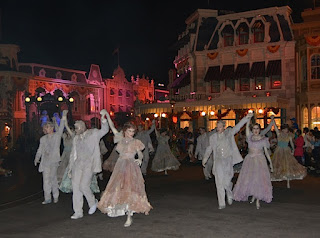 Poetry
is
a story

To dream perchance
Of a macabre dance
It happened by chance
the odd happenstance
in a haunted manse
in southern France
when I went into a trance
a victim of circumstance
who only wanted to dance
in tight pants
but
being a freelance
means you need finance
to take an honest stance
and stage a Gothic romance
where everyone takes a glance
while you dance
and prance
taking a stance
to enhance
modern dance
while wearing tight pants
in southern France
in a haunted manse! 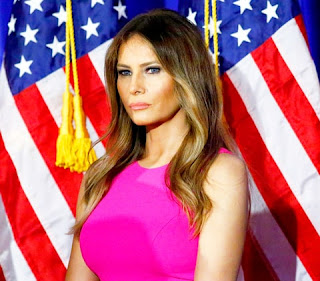 When it comes to first ladies in the White House, Melania Trump promises to be one of the most controversial and unpopular one ever.

Even more unpopular than Hillary Clinton when she was the First Lady, according to a recent Washingtion Post/ABC News poll.

One of the very first things our new first lady wants you and the world to know is don't mess with her, or she will sue your ass off - or perhaps worse!

She's made that clear by filing a defamation lawsuit against the Daily Mail last week. She showed up at the first filing (something clients never do) and met with the judge and lawyers for the defense.

Her message to the Daily Mail was clear; "I'm going to ruin you if you don't meet my terms right now. Because after my husband is in office, I'll really go after you!"

Her power move must have made hubby happy. He's not too interested in the First Amendment either.

Melania grew up in communist Yugoslavia - to become the first communist First Lady in American history - and speaks five languages. Six, if you add the language of power.

What kind of things can we expect to see from her that will unite Americans? I'm pretty sure ripping of taxpayers in New York City is a bad start.

The former model prefers to stay in the gold-gilt penthouse apartment of Trump Tower instead of the White House like every other first lady in our history.

One of her excuses is that 10-year old Barron (her and Donald's child) needs to finish his term at the exclusive private school he attends.

It's estimated that it will cost New York taxpayers a million dollars a day to keep her secure in Trump Tower. When that news went out a petition was launched to make Melania leave the city. Over a 100,000 have signed it thus far.

"The New York taxpayers refuse to pay over $1 million a day so she can stay. If this decision has been made, between the two of them they (the Trumps) should be the ones to pay for it.
Not New York taxpayer dollars that could be used on roads, schools, transit, sanitation, new jobs and other expenses that the city has."
It continues: "This is what tax dollars should be used for, improvements for the city and all the people of the city, not just one."
Melania is not going to like that. I think I see another power move coming from our future first lady!
Time for me to walk on down the road...
at December 13, 2016 No comments:

Trumped: 'He Who Laughs Last, Laughs The Loudest' 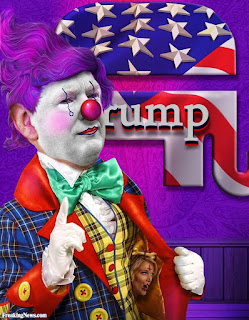 If you voted for Donald Trump you may be having some second thoughts right now.

He hasn't even been sworn in yet, and look what's happened so far:

His cabinet appointments add up to a billionaires row; he's already pissed China off by violating an agreement we've had with them regarding Taiwan; he doesn't believe the CIA when they told him Russian hackers affected the presidential election; has made accusations that millions of illegal voters voted for Clinton and that's why she won the popular vote; he's gotten into a couple of ridiclulous tweet battles with civilians (remember...he's supposed to be the president); and has lied about how many jobs he saved at Carrier Corporation.

Trump's Bait and Switch: How to Swamp Washington and double-Cross Your Supporters Big Time

Do you still believe he's for the common man?

If Trump gets away with appointing ExxonMobile CEO Rex Tillerson for Secretary of State, we can kiss off whatever environmental regulations that are currently in place.

Understand...Trump is laughing real hard right now. He's never conned so many rubes all at once in his entire career.

You know what they say, "He who laughs last... laughs the loudest.

Frogalogue: Another Day in the Peat Bog with a Cranky Frog

It's just another day in the peat bog with a cranky frog!

But here you are.

I hope you enjoy your visit...

A big bullfrog
sat on a yule log
in a peat bog
surrounded by fog
a warty watchdog
sharing his travelogue
over a cup of grog
with a french bulldog
who had to slog
miles to reach the bog
to drink with the cranky frog
and listen to his monologue
about a hedgehog
he wanted to send to a gulag
because he wouldn't share his eggnog
on the yule log
in the peat bog
that day...