Tornedos in Kentucky: One Couple's Story 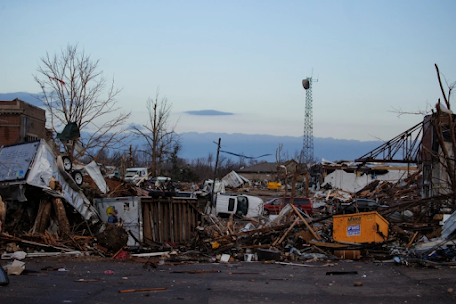 Kentucky was hit with an historic number of tornedos Friday according to Gov. Andy Beshear.

At least 30 tornedos were reported in six states, but Kentucky seems to have been hit the hardest.

My wife's brother Bill, and his wife Val, live in Dawson Springs in Kentucky, just northeast of the city of Mayfield where the destruction was devastating. 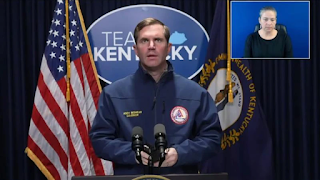 Gov. Beshear reported that at least 70 people have been killed and he expects it to exceed 100 before the day is out.

Bill and Val's home was obliterated by a tornedo that rolled through Dawson Springs. Fortunately, Val's son lives nearby, and they were able to shelter there.

Bill is a Vietnam veteran and Green Beret who did two tours of combat. He's 75 years-old and in very poor health. And he's scheduled for a three-way heart bypass surgery Monday.

The question is, will his surgery get postponed by an influx of casualties in the hospital where he's scheduled to go?

I'm thankful they have a place to shelter right now. There're hundreds (if not thousands) of other families who may not be so lucky tonight, where more bad weather is predicted.

"This is the most devasting tornado in our state's history... the level of devastation is unlike anything I've ever seen," Gov. Beshear told the press.

Untold challenges face Bill and Val, along with thousands of other Kentuckians, in the days ahead.

Related: Family members search for unaccounted loved ones in Kentucky

Follow The Money: Understanding Cults and Politicians in America 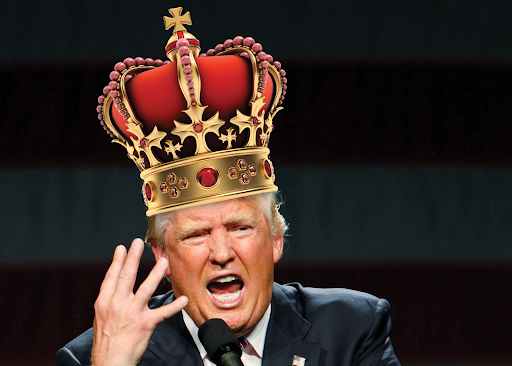 It's never been easier to con people.

It's never been easier to fleece one's own followers thanks to bad actors supporting extremist social media platforms and right-wing TV. Like our former president.

It's difficult to recall a time in our history when the general public was so gullible, they followed every lie fed to them by a wannabe king.

Our republic was formed in opposition to royalty ruling the land and stifling individual freedoms. Yet here we are a sociopath with autocratic intentions has divided the country and is currently openly working on rigging the 2022 and 2024 elections.

The once and future king Trump is pulling the grift of his life making money on clueless supporters who readily fundraise for him like it's honor.

The con is so enormous our democracy is under siege and Trump is getting richer and more powerful by the day.

Bottom line, follow the money. If Trump is accused of something his minions send him millions to defend himself. Regardless of the charges.

One of the things cults, like the Party of Trump, have in common is fleecing their own followers, often demanding they turn over everything of value to the cause.

It's commonly said that money is the root of all evil. Sacrificing others to get richer has always been the Trump credo. He just gets crazier with every passing day, but real Republicans don't have the spine to stand up to him.

It's conspiracy USA every day as a third of our population is under Trump's spell.

Ideologies have given away to mass hysteria and fear fed by Trump's desire to regain power - and to hold it as long as he can.

Money is paving the way towards a future hell. And the damn thing is, there's nothing we can do about it. 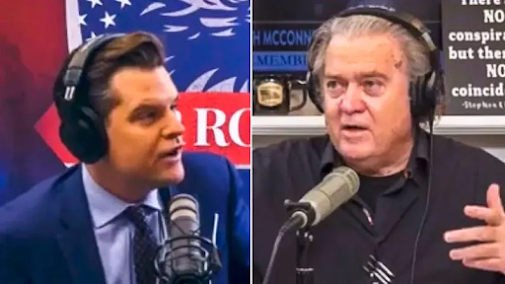 The Party of Trump is giving public notice that they plan to win the 2024 election by WHATEVER MEANS IT TAKES.

Another insurrection? Sure, why not? Most of the big players have not yet had to answer for the first attempt to overthrow our democracy.

All you have to do is listen to Bannon's podcasts to get updates on what they plan to do. Bannon was openly discussing a fascist insurrection with Matt Gaetz yesterday.

The two didn't go to prison for their first attempt, so they don't expect to be punished for the next. The two treasonous trolls were bragging about having 4,000 "shock troops" (sound familiar? See Nazi Brownshirts) on a recent podcast.

"The shock troops will be hitting the beaches with landing teams," Bannon gloated. Their fever dream broadcast discussed locking up the DOJ and the FBI after handing Trump a victory.

The very logistics of doing something like that - you'd be talking thousands of employees - is impossible. But it sure makes for good "tough talk" on Bannon's War Room program that's known for spewing toxic rhetoric.

Gaetz gleefully chimed in and said, "And we're going to go after this administrative state and we're going to start at the DOJ and the FBI. That's the job I want. You know, send me over to the Judiciary Committee and their sphincters will tighten because they have been doing a lot of corrupt things over there."

How can a sitting member of Congress get away with talking about overthrowing the government so openly?

For starters, Republicans are afraid of Trump, and if he wants to disband the current government, they'll follow along like sheared sheep.

It's now up to AG Garland to hold these traitors accountable with criminal charges after the Select Committee on Jan. 6, makes its recommendations.

For the sake of democracy, we must count on justice being served, and never seeing another coup attempt again.

Who's The Biggest Threat To Democracy? Putin or Trump? 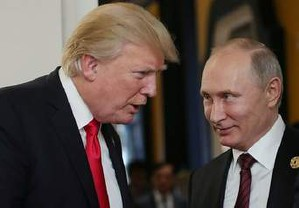 America is at a crucial turning point in history. We are defending democracy from attacks within, and abroad.

Future historians will look at this moment when a former president inspired a coup attempt because he couldn't accept reality. They'll read about Trump's ongoing campaign to steal the next presidential election.

Coupled with this challenge within, historians will examine how Biden dealt with Putin who threatened to destabilize Europe and invade the Ukraine.

Russia's assault against all democracies - especially against the United States - will fill volumes for future scholars.

In the here and now, Trump is the greater threat to our nation. Putin isn't the one brain-washing millions to believe the Big Lie.

That's Trump's tactic. He's currently subverting future elections by inserting his minions into positions of power in states in order to suppress voters.

It's Trump supporters who are actively undermining COVID vaccination efforts and safety measures against the deadly virus that has taken hundreds of thousands of lives.

Despite recently released reports that show Trump dangerously downplayed the coronavirus when it first appeared. He hasn't answered for those unnecessary deaths that his hubris caused.

Even after inciting an assault on the Capitol on Jan. 6, Trump is still not behind bars. He abuses the court systems and ignores laws that he believes don't apply to him.

Historians will record these times as the first attempt of an authoritarian populist to seize the government and make it a fascist state.

We won't know if Trump succeeds in his mission until some day in the future when we discover if we're still a republic.

Meanwhile, we must count on justice being served and Trump getting criminally indicted for his crimes before his presidency, and afterward.

A Look At Trump's Latest Grift 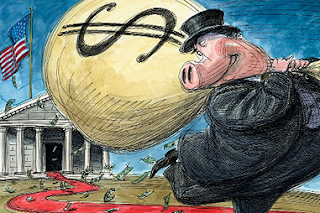 True to form, Trump has not stopped conning people, especially his own base.

His latest venture is currently under federal scrutiny.

Federal investigators announced today that the shell company that is facilitating Trump's return to Wall Street, is under investigation.

Trump's latest con is a new media venture that would "stand up to the tyranny of Big Tech." In other words, it'll be fact-free.

The new entity, chaired by Trump, agreed to go public through a merger with Digital World, a Special Purpose Acquistion Company, or SPAC.

Wall Street's self-regulator, the Financial Industry Regulatory Authority, or FINRA, is looking into trading prior to the deal's final announcement according to Digital World.

The New York Times reported in late October, that Trump began discussing a merger with Digital World long before the blank-check company went public and before such talks were disclosed to investors.

Then Senator Elizabeth Warren called for the SEC to investigate whether any laws were broken by Digital World because the company reportedly told shareholders that it had not held substantive talks with a target company.

Here's the deal; SPACS are not supposed to have merger targets planned before they raise money from the public.

The announcement reverberated in the stock market and shares fell 5 percent today.

This whole deal is a continuation of the corruption that the former president brings into any dealmaking.

He'll cheat until caught. When exposed, Trump manages to slither away and let his minions take the fall. So far, this tactic has worked, as Trump prepares to pollute Wall Street with his infamous brand.

The big question; will Trump ever pay for his crimes? I have to admit, I don't think he will. And that's what's wrong in America today.