Trump's The Main Feature: A Super Spreader Rally Set During a A COVID State of Emergency 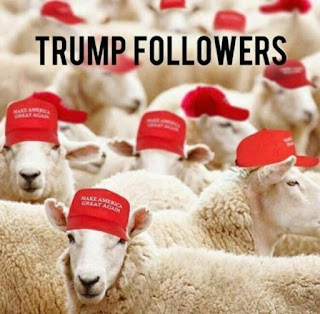 Are you nostalgic for those 2020 super spreader Trump rallies?

Do you miss being shoulder-to-shoulder with anti-vaxxers and QAnon followers?

Do you want to hear how the 2020 election was stolen and how Trump is still president?

Well, it's your lucky day my friend.

Trump is attending an Alabama GOP rally today as the state struggles with a new surge of COVID infections.

The timing couldn't be worse.

Cullman, the city where the rally is, has declared a COVID-19 related state of emergency.

The chief operating officer of Cullman Regional Medical Center, requested additional resources because of the rally. This while the center is overcrowded amid a spike in coronavirus-related hospitalizations.

Alabama saw 3,890 new cases on Wednesday and is averaging 3,000 infections daily since then.

Even worse, The Alabama Hospital Association also reported that the state has run out of intensive care unit beds, citing a 29-bed deficit.

It's in this backdrop that an estimated 20,000 people are going to gather to listen to Trump's alternate version of the universe, where he still continues to be The Chosen One among hard right-wing wackaloons.

Why Hasn't Rep. Mo Brooks Been Locked Up Yet? 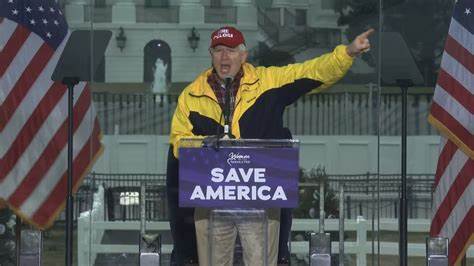 Rep. Mo Brooks is a seditionist, far-right extremist, and liar.

He's proved it multiple times starting with his fiery speech on Jan. 6 where he encouraged Trump supporters to "start taking down names and kicking ass."

Mo Brooks knew there was going to be violence at the Capitol on Jan.6, but he didn't share that knowledge with the Justice Department.

In a recent interview with Salon, Brooks admitted, "I was warned there might be risks associated with the next few days. As a consequence of those warnings. I did not go to my condo. Instead, I slept on the floor of my office. And when I gave my speech {on Jan. 6}, I was wearing body armor."

It was a damning admission but no one has done anything about it.

A Washington-based watchdog group Campaign For Accountability has filed a complaint with the Office of Congressional Ethics demanding an investigation into whether Brooks violated federal law, House rules and the Constitution by inciting a riot and seditious conspiracy.

Brooks has also served with a lawsuit filed by Rep. Eric Swalwell, seeking to hold him partially accountable for the Jan 6 insurrection.

The DOJ declined a request by Brooks to intervene for him in the Swalwell lawsuit noting that he wasn't within the scope of his duties of his office when he spoke before a pro-Trump rally.

Steeped in litigation over his role in the coup attempt, Brooks expressed sympathy yesterday for a man who threatened to bomb the Library of Congress.

After the would-be bomber, Floyd Roy Roseberry was arrested, Brooks came out and said, "I understand citizenry directed at dictatorial Socialism and its threat to liberty, freedom and the very fabric of American society."

The backlash from members of Congress from both parties was immediate in condemning his words.

The sooner Trump Republican seditionists are brought to justice the better. Our freedoms depend on it. 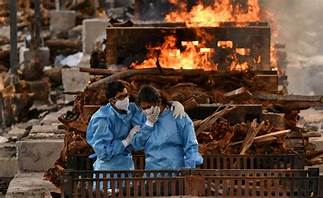 Today is the pilot for a new reality show featuring dire national and international news. Let's get right on it with our two contestants, Jack and Jane.

Host: For 10 points, what is the worst crisis facing humanity today?

Jane: It has to be the exodus from Afghanistan where thousands of people at Kabul airport are waiting for a flight out of the country after the Taliban's stunning victory.

Jack: No doubt about it; the Delta variant that's surging across America, and other countries in the world.

Host: It looks like Jack has earned the first 10 points in the competition. For 10 points...

Whose most enjoying seeing President Biden under fire for the chaotic evacuation from Afghanistan?

Jane: I'm guessing B and C based on their history.

Jack: I think it's Russia because I heard they were gloating that they lasted longer in Afghanistan than the we did.

Host: Nice try Jack, but Jane nailed it. Trump and minions are the enemy within. It looks like we're tied thus far.

Where is the worst air quality in the world and the United States today? (2 part)

Host: Jane's on a roll. Dubai and Salt Lake City are the right answers.

What country has the most homeless people?

Jack: The answer is Afghanistan.

Host: You pulled the rabbit out of the hat Jack! Afghanistan is the right answer and is also the Secret Country for the Day, meaning double the points.

Thank you for attending the first episode of PICK YOUR CRISIS. I look forward to the next time we meet. Remember, there's always a crisis somewhere!

The War In Afghanistan Is Over: Now It's Finger Pointing Time 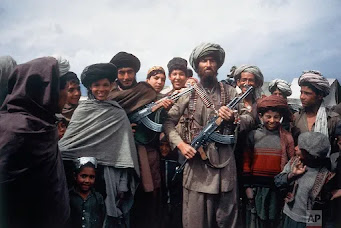 The blame game is underway.

Now that the Taliban have reclaimed Afghanistan, critics of the war and supporters, are blaming each other for the final stunning collapse of the Afghanistan government.

The thing is, we've know for years what would happen if we left the country. The Washington Post published the so-called Afghanistan papers a few years ago, revealing a trove of government documents.

Those documents revealed our military establishment knew our efforts to prop up the Afghanistan government and train its military were failing.

It was obvious that our efforts were doomed to fail because America was essentially trying to change the priorities forcibly of a people whose values were very different than our own.

The chaos created by Afghanistan's complete capitulation in record time has resulted in finger pointing and accusations from all sides of the political spectrum.

Our departure was never going to be pretty. Things like this seldom are. There's always winners, and losers. In this case there's more losers than usual.

The beginning of the end began in February 2020 when the Trump administration brokered an exit plan with the Taliban.

The blame game of which president should take the heat for the hasty retreat is ongoing.

Suddenly everyone is experts on why we failed to turn the country into a democracy. Cable TV and social media hosts are blasting the airways with disinformation and the Biden administration is busy defending it's actions.

It's hard to say how long the blame game will last. Vestiges of it will probably play a part in the 2021 midterms.

I suspect the coverage on Afghanistan will decrease in the news cycles ahead. We're in the middle of a COVID surge that should have never happened.

And the merry game goes on.

The Final Reckoning: Afghanistan Was Sold Out By Weak-Kneed Afghan Leaders 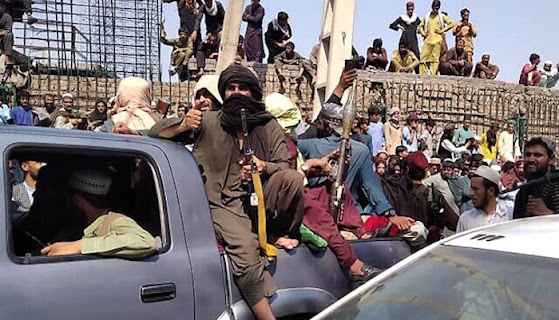 Kabul has fallen. The Taliban seized the city without a shot yesterday. A new era has begun for war-torn Afghanistan.

After 20 years of training and billions of dollars in American aid it was obviously a wasted effort, trying to bring democracy to a Muslim country that never wanted it.

Why did the Afghan government collapse in just one week?

The major error Biden and the Pentagon made was in assuming the Afghan government would stay intact after we left. It wasn't on anyone's radar that the government ministers would desert the country the minute the Taliban attacked.

The Taliban cleverly exploited a weakness in the Afghanistan government that our military wasn't aware of, or chose to ignore.

Top officials no longer represented the people. The military was full of disgruntled soldiers who hadn't been paid in six months. When the Taliban offered them money to hand over their weapons and allegiance they eagerly complied.

Cities like the government-held Jalalabad surrendered to the militants without a shot. Within hours they ringed Kabul and the government forces simply melted away.

Meanwhile the American embassy has been evacuated. The American flag was taken down and the diplomatic core were ferried to Kabul airport where most have already flown out of the country.

Thus far there's been no engagement between the Taliban and retreating American forces and civilians.

Americans, and their Afghan allies, are still waiting for a flight at the airport. Timelines had to be moved up after the Afghan government's spectacular failure to hold it's ground.

Despite having 300,000 soldiers versus 75,000 Taliban insurgents, it was no contest. High and low government officials decided that after the February 2020 Doha agreement between America and the Taliban, they'd been sold out.

The war was essentially over after that.

The writing was on the wall. The Americans were finally going, and it demoralized the Afghan troops who knew their government was on shaky ground.

Simply put, all the Taliban had to do was buy the loyalty of the disgruntled members of the military and the war was over. It took a year, but the results were dramatically effective.

Why American military experts did not see this coming is a mystery to me. It speaks of poor intelligence and planning. It seems we never understood the Afghan people, and what motivated them.

Without exaggeration, it can be said the country was sold out by it's own administration.