'10-4! What We Have Here is a Convoy' Comparing the Movie 'Convoy' to the Freedom Convoy 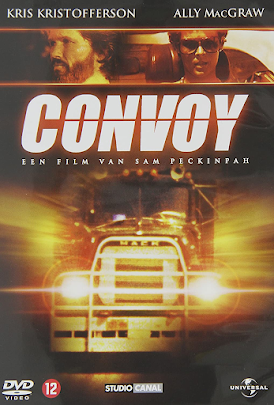 Are you old enough to remember this line from a popular song called Convoy that came out in 1975?

I'm bringing up this blast out of the past today because I want to compare another Convoy that is circling Washington DC to the original convoy protest movement.

The so-called Freedom Convoy we're witnessing today is nothing more than an opportunity for right-wing nuts to create chaos and support a treasonous past president's agenda.

Their pathetic attempt at getting attention has been partially watered down by the fact that mask mandates are disappearing across the country thanks to President Biden's handling of the pandemic.

It's almost not fair comparing the 1970's version where democracy wasn't at stake. To begin with the movie was a comedy. The current convoy fiasco is basically a comedy of errors by treasonous Trump followers.

The song and movie were about truckers avoiding police speed traps set by crooked cops. At least it was based upon a real gripe. Speed traps were as common as flies back in the 1970s.

Speed traps back then were illegal (they still are) and Americans who drove trucks or passenger cars were often snared by waiting officers looking to pad city coffers and to get bonuses.

That's why the song Convoy was an instant hit holding the #1 spot for six weeks. It was based upon a real problem, unlike the current Freedom Convoy that relies upon lies about masking and getting vaccines. 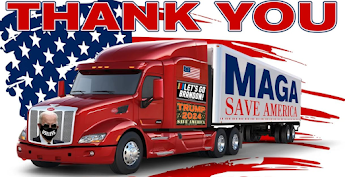 To my utter disgust the Freedom Convoy starting using the Convoy song as a rallying cry in Ottawa, Canada, and now here in the states.

In the original convoy the truckers were portrayed as patriotic heroes seeking justice against illegal speed traps and corrupt officers.

They were flying American flags and it seemed like the right thing to do when standing up for people's freedoms.

The current corrupt convoy circling Washington DC is also flying flags... with Donald Trump on them. The comparison is stark, and very real. No true patriots are involved with the Freedom Convoy.

It's more accurate to call it the Chaos Convoy seeking to undermine democracy and everything those true patriots portrayed in the movie stood for.