The Saga of the Shrinking Dollar: Remember When a 6-pack of Beer Was .99 cents? 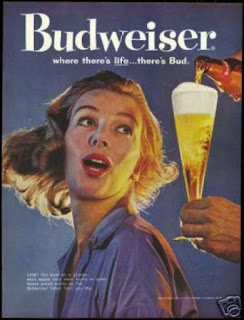 I'm feeling nostalgic today thinking about how much a dollar could buy back in the 1960s.

I remember paying .99 cents for a six-pack of good old American beer. I'd be lucky to get one bottle for that amount now. Especially if it was a craft beer.

Lately I've been thrilled at how much the price of gas has gone down - it's $1.75 a gallon where I live. But when I drove my Chevy into a gas station during the 1960s, I could could tell the attendant "Gimme a dollar's worth" and I'd get three gallons of gas!

When you went to a grocery store your $1.00 could buy a lot of things. Just look at this list: 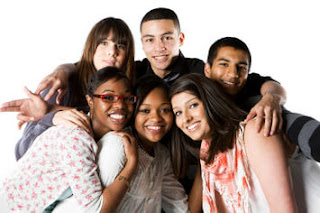 I firmly believe that in order to fully experience life we need to see the good, bad, and the ugly.

Until we walk in a poor person's shoes we cannot truly empathize with them, or understand the world they live in. What it feels like to go without food for days on end, or not have a roof/shelter to sleep under.

What it's like being a minority in the community you live in.

Growing up, I had to contend with gangs. As a white boy I was a minority in the predominately Mexican neighborhood. The barrio.

The first time I was jumped by gang members was in fourth grade. I'd insulted one of their members in class. When school let out they were waiting for me.

A half dozen surly homeboys lurked at the main gate. Waiting. Smiling. I had no choice. I tried to run past them but one caught my shirt and spun me to the ground.

I hit and kicked back, but was soon overwhelmed. No one stopped the beating. I was barely conscious when a teacher finally came.

My tormentors were long gone when the teacher finally helped me to the school nurse's office.

Two days later I caught the ringleader of the gang alone while he was busy getting something out of his wall locker between classes. I said his name. He turned. I hit him with everything I had!

That same day, in class, I went after another one of my tormentors with a chair. I bloodied him up good before the teacher was able to restore sanity. He sent me to the office. I was suspended.

After I returned from my suspension, the gang didn't go after me. Word got around that I was loco. They left me alone. I had earned some grudging respect. For awhile.

To maintain that respect I had to keep fighting. Every day was a new day and the possibility of violence lurked around every corner.

I did have friends, and even got to the place where I was comfortable in my surroundings. As much as anyone could under the circumstances.

Now, many decades later, I'm thankful for that beating. Not only did it show me I could take adversity, but that I could overcome anything if I tried hard enough.

Perhaps more importantly however, it showed me what it was like being a minority for six years. Living with others who look different (and talk different) is not easy.

I empathize with ALL minorities in America today. I also respect the challenges they face.

Who Is Going to Buy Hot Dogs at a Hamburger Joint & Why Was a Woman Nursing A Squirrel? 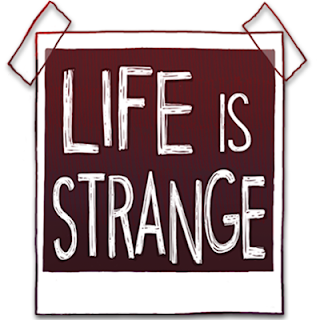 So many examples. I read where Burger King is going to start selling hot dogs on February 23.

Who the heck is going to go there to buy hot dogs when just about every other fast food chain in the country is already pushing the pups?

Who would go to Der Weinerschnitzhel to buy a great hamburger? Think about it.

I don't know if you would call it stupid or strange, but a Wisconsin couple were so drunk they decided it was a good idea to let their 9-year old daughter drive them (and their 11-month old baby) home.

About the strangest piece of news I've recently run across has to be this story:

Finally, folks at a Salt Lake City Veterans Home are planning on honoring a year-old red kangaroo in March. Seems the kangaroo, whose name is Charlie, works there as a therapy animal.

Still Fighting Gangs After All these Years 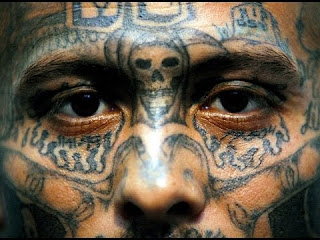 A friend asked me the other day why I editorialize so much about gangs in America?

I've been writing about gangs since my first job as a newspaper editor in 1981. It's a subject I know well.

My quick reply was almost a revelation to me, "Because I grew up in neighborhoods infested with gangs and it's hard for me to accept that they are more powerful now than when I was a kid."

There it was. After all of these years a sudden clarity. I always hoped that the pen would be mightier than the sword, and if I wrote enough articles informing people about gangs some positive actions would come out of it.

There were some small victories over the years.

Retired now, I still have trouble accepting how our society allows gangs to flourish.
No national or state programs (that work) have surfaced to successfully break the generational crime in neighborhoods from Los Angeles to Boston.

Even as I write this post, I know innocent people are being murdered every moment nationwide by over 33,000 violent street gangs (FBI Stats).

Memories of fighting my way home from grammar school every day in Southern California (up until Junior High when my family finally moved to another area not infested with gangs), still haunts me.

If you were fortunate enough to be raised in an area without gangs, you have no idea what I'm talking about.
But for the rest of you whose lives have been adversely affected by gangs, I grieve and feel your pain.

It's Juicy! Read 'Strawberries in Wintertime' For A Good Time 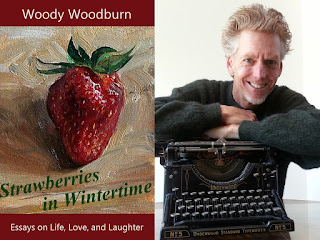 Every once in awhile, I'll write a book review. Just my humble opinion.

I have one for you today. A very special one as a matter of fact. The name of the book is Strawberries in Wintertime - Essays on Life, Love, and laughter. (I just finished reading my autographied copy!)

The author, I'm proud to say, is a good friend (that's why I can say he looks like a wild man in the photo above!) and former co-worker - Woody Woodburn.

Don't misunderstand me when I say Strawberries in Wintertime is an easy read. What I mean is it's like going for a walk with a good friend who is sharing sincere life observations with you.

You can almost feel a pat on the back as you slip into the narration that skillfully skips from one subject to another in a playful arrangement of stories.

It's hard to put down and when you're done, you want to hear more. It's that good.

The good news is he writes a weekly column at the Ventura Star and you can go to his blog HERE to follow it, and there's also links with more of Woody's work.

I highly recommend Strawberries in Wintertime for a refreshingly insightful look at life.

In addition, Woody is a national award-winning columnist and author of "WOODEN and ME: Life Lessons from My Two-Decade Friendship with the Legendary Coach and Humanitarian to help "Make Each Day Your Masterpiece."

Funny thing. The last time I did a book review it was Woody's masterpiece WOODEN AND I (Posted May 29, 2013). 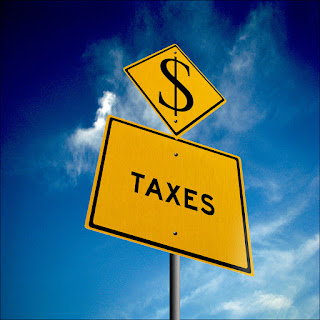 I've been paying taxes for over 50 years, and have often wondered why they were so complex and often unfair!

I've got a hunch there are a lot of other American tax-payers who feel the same way.

The question of the day is, what would a fair tax system look like?

The way I understand it we currently have a progressive income tax system. That means whenever our incomes increase, our taxes go up.

Some people don't like a progressive tax because it treats people differently: those at the top are charged with paying more, as a percentage of income, than those at the bottom.

Upon closer examination, what really happens is that the wealthy have tax laywers who see to it that they get write-offs in abundance. More than enough to off-set the original tax.

Warren Buffet is a good example.

Then there's the Flat Tax system. Russia is considered to be the world's largest economy with a flat tax. A lot of people feel it's more fair because it's across the board.

What really makes the flat tax approach so attractive to some is that there are no taxes on capital gains or investments.

Finally we have the FAIR TAX. It's a formal proposal rather than a generic term. It differs from both the progressive income tax system and the flat tax in a very dramatic way: it is not a tax on income.

The FAIR TAX would replace all existing income taxes - as well as payroll taxes - with a single consumption tax.

So there you have it. I guess I'm not a very good bean-counter because I really don't know which system would be the best way to go.

All I know for sure is the current system is corrupt and the rich are getting richer and the poor...poorer.

FEAR THIS! The Role of Fear in Our Lives 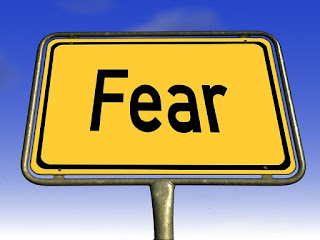 We all know fear is a powerful motivator.

Demagogues use it, and religions use it.
To some extent, fear is a natural response that makes us cautious. But fear also takes us down dark and windy roads, robbing us of our common sense.

The dictionary defines fear as "an unpleasant emotion caused by the belief that someone or something is dangerous, likely to cause pain, or a threat."

Fear stalks our society like a predator, rearing it's ugly head in politics and crazy conspiracy theories.

We fear the gangs that populate every city in America, and can't seem to do anything about them. People fear segments of our society like Muslims.

There are no sane limits on fear. Check out this video.

Go to this Video to see how fear is being played like a fine fiddle with crazy accusations of Walmarts being turned into concentration camps.

In closing,FDR said, "The only thing we have to fear is fear itself!" He was right then, and he's right now.