Here’s some reasons why I can relax today… 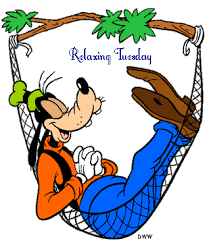 After nearly a week of suspense, I found out the name of Prince William and Duchess Kate’s puppy today. It’s Lupo, according to the Associated Press. I know. Pretty odd name, but it probably has royal significance to it. Lupo may have been a past king in Britain. Little Lupo (who was really named after the Latin word for wolf) has already become a viral sensation.

I can’t tell you how excited I was to hear the biggest BMW dealership in the world recently opened up for business in The United Arab Emirates. It’s located in Abu Dubai. Just knowing that we have a BMW dealership here in McKinleyville makes me feel connected with the universe…

I can relax now that I know Elvis Presley’s was not part ape!

A Florida man today claimed to be Elvis Presley’s brother, and that he was also half orangutan. If true, it would have meant the King was part ape. I realize some people said he went ape when performing, but I don’t thing it’s the same thing.

After a call about a man flashing a handgun at a woman, police arrived on the scene. They reported the man said he "needed to call the 'Fusion Center' to ask about his monkey blood," according to the Naples Daily News. The arresting officer noted "that he had jurisdiction over me since he was the director of the CIA," in his report.

I have to agree with the officer's assessment that "it did not appear as if he was all there mentally," but have to admit I admire his delusional creativity.

Posted by ImBlogCrazy at 4:52 PM