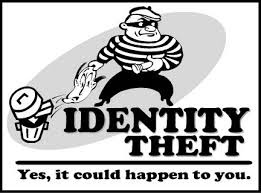 Beware Smartphone users! Ominous rumblings from tech experts, Javelin Strategy & Research: Identity thieves are back in bigger numbers than ever before after last years slight decline.

Right now, this very moment, someone is checking to see if you, or some other unsuspecting Smartphone user are using a screen password. This new research claims Smartphone users are 30 percent more likely to report being hit by I.D. fraud in 2012. The survey said about 36 millions Americans have been victimized.

Disclaimer: I’m clueless when it comes to mobile phones. Smart and dumb ones. I have a dumb one that doesn’t access the internet. I still have trouble with it when it comes to make the slightest changes. I don’t text, but my wife says my phone is set up for texting.

But, I do read a lot, and after reading this article this morning I informed my tech savvy wife that her phone was at risk. She immediately took steps to rectify the situation. If I may be so bold, it would be a good idea for you to protect yourself and use a screen password if you have a Smartphone. Of course, if you already do, then you can just yawn and move on.

If, however this is news to you, consider taking action to protect your I.D. Don’t feel bad if you weren’t aware of this threat. According to the researchers, 62 percent of Smartphone users say they do not use a screen password to protect their devices.

Finally, the survey suggests some connection between active use of social networks and ID theft. Slightly more than 10 percent of LinkedIn users say they were hit (10.1 percent), while 7 percent of Google+ users and 6.3 percent of Twitter users reported being victims -- all three above average. Facebook users, at 5.7 percent, were barely above the national average of 4.9 percent.

Posted by ImBlogCrazy at 5:51 PM