The prediction is only good if the Republicans get back the House, and/or, the Senate in 2022. Otherwise, it'll just continue to be the fashion free Jordon trying to make a statement.

Actually it works. It shows the world he's an idiot that doesn't report young boys being molested in college.

The new norm for a GOP dress code would toss out conventional attire, opening the door for right-wing Trumpian lawmakers to dress - for what they think - is success.

In other words, it's going to look like a Trumpian cosplay event in the halls of Congress if the Democrats lose next year.

It should not come as a surprise to observers when they see the prima Trumpies dressed up in outlandish costumes stalking the "People's House," and making a mockery of our democracy.

Can you imagine that? The asylum taken over by the patients. In this case Republicans who swear fealty to the biggest loser in our political history...Trump.

As Halloween nears, I have some examples for scary costumes that may even be a preview of post midterm dress codes by Republicans in Congress and the Senate.

-- A full regalia Nazi outfit worn by Marjorie Taylor Greene was a smash with the white supremacists embedded in the party.

-- An oversized diaper with "Don't Tread On Me" was modeled by Devin Nunes between bouts of bawling because no one likes him.

-- A Red-White-and-Blue Onesie with "I blow Trump Whenever He Asks" was written on the front, and was seen on "Gym" Jordon in the men's bathroom.

--A Red MAGA inspired straight-jacket was seen on Andy Biggs who was aimlessly roaming the halls of Congress looking for someone to help him piss.

--A fiery red jumpsuit with QAnon messages on the front and back was Lauren Boebert's contribution to the clown show.

Yeah. It's fun to fantasize about the ridiculous world of politics today. But there is an underlining dark warning in this post...

anything could happen if the democrats don't hold on to the House and Senate in the midterms.

I have my doubts about the House Select Committee on Jan. 6 holding anyone accountable for Trump's coup attempt. The chances of seeing people go to prison are about as much as a typhon tearing through Alaska.

The House voted last tonight on holding Steve Bannon in criminal contempt for not responding to a subpoena. But don't expect Bannon to cooperate no matter what.

If forced to appear before the committee legal experts say Bannon will cite his 5th amendment rights and sit there like a content walrus.

Here's the thing that really frosts me; no matter what the committee finds the chances of persecuting offenders is nearly impossible.

Trump's minions have taken their cue from him and are tying things up in court with the expectation that time for justice will run out with endless appeals.

Let's be realistic about what's going to happen when the committee concludes its investigation. Nothing.

Republicans will continue to grovel before Trump and promote the Big Lie. No right-wing troll is going to change their mind because of a slew of facts gathered by Democrats.

So why even have an investigation that's doomed to go nowhere?

The answer is simple; no matter what Congress can't ignore there was an insurrection attempt at the Capitol.

What we'll witness in the days and weeks ahead will be a political drama that will further inflame both parties.

The committee will go through the motions to seek justice with little chance of achieving it.

Confessions of a Former Republican 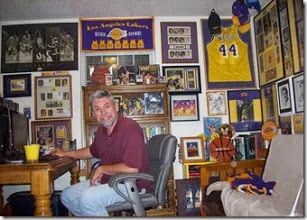 I once voted Republican and even considered myself one.

Go ahead and laugh. It's true. I voted for George H.W. Bush, the 41st president of the United States.

The late 80s and early 90s were a challenging time for me. I was a newspaper editor dealing with PTSD and did little - if any - research on national politics. I worked for small newspaper groups that stuck to the local news. No national news at all.

I registered myself as a Republican without really understanding that much about the party. It's my mea culpa.

In my defense the Republican party back then wasn't at all like the GOP is today. There's a vast difference between then and now, and it hasn't been for the good.

I came to my senses after four years of senior Bush, and voted for a democrat, Bill Clinton. Since then, I've hovered between being an independent and a democrat.

The Republican party -in name only - has devolved into a cult with a sociopathic narcissist as it's leader. It's why I'm embarrassed admitting I ever voted Republican.

Before capitulating to a former reality TV star, the GOP wasn't this crazy.

Right-wing, Trump-loving trolls are now embedded in Congress like parasites. Lovers of the Big Lie, these corrupt politicians have ties with white supremacists and groups like QAnon.

Our government, and Constitution, are under siege from the enemies of democracy who claim to be Republicans. If the party seems like the enemy within...it's because it is now, thanks to Trump.

Trump is the Star of the Golden Age of Disinformation.

There's so much disinformation on major issues facing the nation that it feels like a doomsday movie. Staying sane has never been more challenging.

The reason for this is because we're in the Golden Age of Disinformation. The Golden Calf has morphed into a narcissistic sociopathic former president and reality star intent upon destroying democracy.

The Age of Reason is long gone. We have the internet now. With it, comes a dank flowing sewer of lies, hate, conspiracies', and disinformation that empties out into millions of homes. The stench of stupidity is strong enough to make a maggot gag.

Please. Don't tell me how good the internet can be. The bad far outweighs what's happening today.

Don't think for a moment that all of the trolls and wackaloons would have come this far in disabling realities in your life without the massive digital octopus connecting them to each other.

Simply put, there has been no other era in our country's history where a cult of one man has brought us so close to defeat. The irony of getting rid of a sole ruler - crazy King George - to form a free nation is lost upon Trump and his followers. That's what happens in cults.

It's up to you, and I, to cling to reality and believe in science; to believe that we are all equal, to let evidence guide our decisions, to fight against the onslaught of disinformation around us with research and facts.