The need to be able to treat hangovers is steeped in history.

From cabbage to fried canary and milky Coca Cola, potion-mixers, scientists, and bartenders have long attempted to stave off the dread-ache of the hangover.

Today let’s look at how the ancient’s addressed the problem, and then the more modern cures for hangovers.

Cabbage seemed to be the biggest remedy during ancient times—it’s been documented in texts on classical Greeks and Romans as well ancient Egyptians.

Five hundred thousand papyrus texts from Oxyrhynchus, Egypt, dating back to the second century AD (1,900 years ago) were dug up by Bernard Grenfell and Arthur Hunt from 1896 to 1907, and experts have been translating their contents ever since.

Just recently, one of the medical texts was found to contain a “drunken headache cure,” now more popularly known as a hangover cure. Are you ready for this ancient knowledge?

The text suggests that sufferers “wear leaves of Alexandrian chamaedaphne strung together.”

Alexandrian chamaedaphne is a shrub available online and more commonly known as “poet’s laurel,” should you want to actually give this a try.

By the late 1600s, chemists and herbalists had begun to concoct their own scientific mixtures for curing the hangover.

The quickest way to cure a hangover—well, someone who had passed out from too much drinking—in the 19th century was shock therapy, according to The Medical Advisor, a semi-professional/semi-ridiculous health journal.

It suggested pouring vinegar down the victim’s throat and then rubbing it on their temples.

If that didn’t work, strip them naked and throw a bucket of cold water on them!

The first aspirin tablets were made in 1915. Alka-Seltzer was introduced in 1931.

The Bloody Mary—a go-to tomato-based vodka drink perfect for the morning after—was introduced in 1934, mixing both the “hair of the dog” and plenty of anti-oxidants to rid you of your blues.

Adhesive patches like Bytox, which are applied before you drink, promise t

o flood your body with a slew of multi-vitamins and green tea extract, beginning with your first sip of booze.

Canned drinks like Mercy contain up 5,000 percent of the daily value of certain vitamins. They can be ingested sporadically or used as a mixer throughout the night (though a can of Sprite seems to be the latest trick).

New York’s I.V. Doc will make house calls, administering bags of liquid vitamins, glutathione and amino acids straight to your veins soon after waking up. In an hour you’re back in action.

There’s literally hundreds of more supposed cures. I don’t have the space for all of them here, but I’ve got some good links for you:

11 Ways To Ease A Nasty Hangover

Everything Science Knows About Hangovers—And How to Cure Them

Here’s three current news articles that make me suspect I’m in an alternate universe. Things in this universe are really wacked! Read on...

The May 2 boxing match between Floyd Mayweather and Manny Pacquiao is expected to be the richest fight in the history of boxing.Ticket sales at the MGM Grand in Las Vegas are expected to hit $74 million, three times the gate record. Pay-per-view revenues from both HBO and Showtime are expected to be around $300 million.

Both fighters are guaranteed a minimum of $50 million, with a chance at making triple that if they win the fight.

Is it just me, or is that crazy? In a matter of minutes, two men are making mega millions. Can you name any other profession in America that pays more in such a short period of time?

A reflection of our values?

Chinese scientists have caused an uproar by trying to permanently edit the DNA of human embryos — created genetic changes that could be passed along from generation to generation.

Their attempt didn't work very well, but the report, published in a small, online journal called Protein & Cell, has worried experts who have been watching out for such experiments.

It raises the specter of eugenics — making designer babies, or trying to "improve" the human race.

"Human germline modification is widely considered unethical for both safety and social reasons," the Center for Genetics and Society said in a statement.

"Using germline modification techniques to create a human being is prohibited by more than 40 countries and several international human rights treaties."

The question now is, how far did those experiments go? And, are they ongoing?

This last article finally convinced me this must be an alternate universe!

Even the world of cybercrime is getting hit by falling prices and cheaper labor!

You can now anonymously hire a cybercriminal online for as little as $6 to $10 per hour, says Rodney Joffe, senior vice president at Neustar, a cybersecurity company.

Excuse me, but where are the authorities?

With over a year and a half to go until the presidential elections, Koch Heads are cozying up to their would-be masters.

With hopes of buying the presidency via Charles and David Koch, GOP presidential hopefuls are lining up for an audience with the mega billionaire would-be king-makers.

It appears Wisconsin governor Scott Walker has the inside track with the Koch boys. On Monday, the NYT reported that the Koch Brothers had settled on their preferred 2016 candidate - Scott Walker.

The Koch’s, with unlimited amounts of money to spend, are still covering all the bases and are supporting other worshippers like Ted Cruz, Marco Rubio, and Rand Paul – to name a few.

Kinda like a horse race where you bet on an Exacta or Trifecta.

So what is expected from candidates, like Walker, in return for the support from the Koch boys?

Check out this quote from Charles Koch: "We're telling [GOP candidates] that if they want our support, one way to get it is articulating a good message to help Americans get a better understanding and a better appreciation of how certain policies … will benefit them and will benefit all America."

What policies are those?

In 1980, David Koch ran as the Libertarian Party’s vice-presidential c

Here’s just a few excerpts of the Libertarian Party platform that David Koch ran on in 1980.

As a result of the disastrous Citizens United Supreme Court decision, billionaires and large corporations can now spend an unlimited amount of money to influence the political process.

Perhaps, the biggest winners of Citizens United are Charles and David Koch, owners of the second-largest privately run business in America Koch Industries.

For the Koch brothers, $80 billion in wealth, apparently, is not good enough.

Owning the second largest private company in America is, apparently, not good enough.

It doesn’t appear that they will be satisfied until they are able to control the entire political process.

Despite being elitists (or perhaps because they are) GOP presidential hopefuls continue to flock to the Koch brother’s door with visions of millions of dollars dancing in their heads…and a presidency.

Dear Human: A Letter From Your Dog 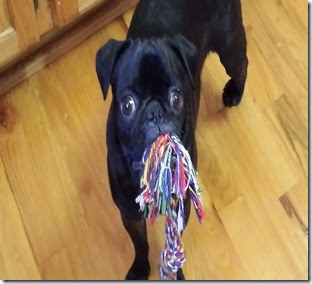 Editor’s Note: It’s great to be back from my week hiatus. Here’s a wonderful article I ran across recently:

I apparently need to keep you on a short leash, because you regularly forget why you are on this earth to begin with.

You have one very simple job to do - feed me and pay attention to me when I am not asleep. I fail to understand why you allow anything with a keyboard or a remote to take your attention away from your only job, which is me.

Technology has made you its slave and I prefer it when you are my slave. Freud would say that I have technology-envy, but he can't really say anything because he's dead.

While I'm venting, I am concerned about your obsession with hoarding my excrement.

When we go outside, you always lunge for it with your little blue baggie so you can get it before anyone else does and then you just throw it away. Can you explain that to me? Never mind. You're an odd duck, but I like you most of the time. Especially when you hand out the food.

But I feel compelled to ask who you really think is taking care of whom in this house?

You, with the opposable thumbs, fetch and dole out the food but who is guarding the food from the mice and burglars? Who has the sharp canine teeth?

And which one of us is on guard duty day and night because we don't cotton to spending hours in front of the TV or the computer or yapping on the phone? Just throwing it out there for you to ponder.

As for the furniture, you like to sleep on the bed, same as me. Somewhat confusing to me is why you think I should sleep on the floor. You are a nice person, but you don't think things through very well. Just sayin'. By the way, I like the bed, especially when you're not at home. Nanananabooboo.

Now, can we talk about the cat for a moment?

Such a kiss-ass. All that rubbing up against your legs when you come home as if he has done a damned thing since you left hours earlier. Let me enlighten you: He slept. He yawned. He stretched. I was on duty protecting the fat lazy cat and all of the food in the kitchen while you were gone. I was not sleeping. Except maybe on your bed for just a little bit.

Lastly, I would like to request that you not call me Sugar Pie or Honey Bun in front of that white poodle who lives down the street. Please. Stop. It. You're killing me.

Aside from not wanting to have my manhood impugned in front of the lady dogs, I may also need plausible deniability that you and I are acquainted. Just help me out, pal. No offense.

Is it dinner yet? Can I have some food? I want some food. Now. Please. Hello? Step away from the computer and no one will get hurt. Not even the lazy cat. I promise. Chop chop.