As It Stands blog: thoughts on a current topic & a blog break

The Supreme Court reached a new low yesterday when they struck down a key part of the Voting Rights Act of 1965.

Civil rights activists called the decision “devastating,” and a “demolition of the law.”

Once again this current Supreme Court has proven to be craven cowards with agendas that run different than most Americans. They forget too soon that the new South wants to be the old South and that doesn’t bode well for racial equality!

The Voting Rights Act requires nine states with a history of discrimination at the polls, mostly in the South, to get approval from the Justice Department or a special panel of judges before they change their voting laws. The rule also applies to 12 cities and 57 counties elsewhere. The last time it was renewed was 2006.

Moving on…as in I’m going to be walking down the road and leaving blogging behind until July 3rd, but will be back for the 4th of July.

I need to spend some time reflecting on life and death. Putting my beloved pug down rocked me to the core. I’m going to spend a few days with my father (it’s his 85th birthday June 28th). He’s a crusty old marine living alone since my mother died last year. I miss him.

I always say “live each day like it’s your last.” Each time a loved one dies we grieve because we can’t be with them anymore. You cannot measure love and say, “I just love humans,” because the animals in our world are worthy of love too.

I’m not going to smell the roses (they often have thorns you know). Instead, I’ll be drinking some fine single malt scotch with my dad and listening to stories about when he was young.

Time for me to walk on down the road now….

As It Stands blog: Requiem for a Beloved Pug 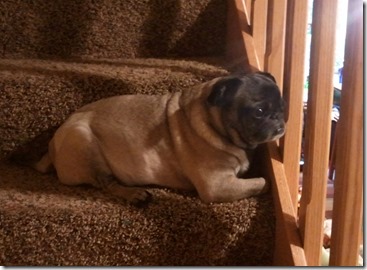 I’m going to talk about a dear and loyal companion who I had to put down yesterday. Millie(Left)Medford LovePug, who was nine years-old and her body was giving out on her.

Her quality of life had passed and she was living in pain. I couldn’t stand it any longer. My wife and I took her into the same vet she’s always seen. She was given a tranquilizer prior to the final shot – and we cuddled with her…tears running down our face has she got woozy and her pink tongue slowly licked out. She licked both of our faces as if to say “Don’t worry everything will be all right.” Then she closed her trusting eyes for the last time.

I can’t help thinking about Millie and I’s long walks through the neighborhood for years. How I miss them now. We were regulars and waved at all the neighbors. Everyone who knew Millie loved her sweet personality. I woke up this morning with fresh tears staining my pillow case. Millie wouldn’t be cuddling with my wife and I while we drank our coffee this morning.

There was a light rain outside, as if the heavens were weeping for our precious pug! Yes, I know I’m being dramatic, but the loss is so severe…so hard. I lost a family member. A pack member. She can never be replaced.

I think about her running in the grass chasing a ball or stick, free from pain now. Playing with other dogs of all breeds, because she always got along with any dog. Rest in Peace Millie, daddy loves you!

Time for me to slowly walk on down the road…

As It Stands blog: Daredevil Nik Wallenda walks into history

Did you see Nik Wallenda walk across the Grand Canyon on a wire yesterday during the Discovery Channel’s “Skywire Live” special?

For 22 minutes and 54 seconds I walked with him the full 1,400-feet, putting myself in his special walking shoes!

Lots of great aerial views and the camera panned slowly in one direction causing the illusion of him almost running across the wire. Nik wore an earpiece and a microphone so you could hear him talking. He prayed a lot.

But Nik Wallenda was born to do this. He’s a seventh-generation member of the famous “Flying Wallendas” family (photo right). He first stepped onto a wire when he was 2 years old, and has since set seven Guinness World Records.

For 32 of his 34 years, he has trained on walking a wire for three to four hours per day, five days a week. Wallenda’s personal hero is his great-grandfather, Karl Wallenda, who fell to his death in 1978 while performing a high wire act in Puerto Rico at 73 years old. I can remember seeing the tragic fall on the news and thinking what processes people to put their lives on the line like that?

I didn’t understand then, and I still don’t to be frank. Nik is a religious guy and prayed all the way. But, I can’t help wondering what God thought about him risking his life for…what? Money? Fame? This daredevil feat was not something Jesus would have recommended his disciples do to get to heaven.

Then again, he might have. The Wallenda family makes their living at Heaven’s Gate. There’s no lack of fans to watch when a Wallenda does something crazy. It’s kind of a family tradition. For them, and for us!

Do you want more? Here’s a slideshow of Death defiers that will leave you gasping with suspense! 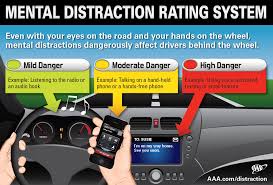 By Dave Stancliff/For The Times Standard
Vindicated at least! I’d be doing cartwheels if I could right now. After years of warning people that using hands-free devices to talk, text and email is dangerous while driving, a comprehensive study has come out supporting my concerns.
The University of Utah released its findings on the use of hands-free devices while driving to the AAA Foundation for Traffic Safety on June 12th.The report says hands-free devices are not risk-free, and can impair the driver’s ability to react swiftly and safely.
The study shared by the non-profit  organization bluntly states that people who use hands-free devices are a hazard on the road. Anyone who drives knows that, but so far nothing has been done about it (except for ridiculously low fines). What was meant to be a safe technology has turned into a potential traffic hazard.

Speech-based technology is a wonderful thing, but the dangers of distracted driving are real. This is the most comprehensive study yet on the subject. It clearly sends out warning signals to the general public.
In 2006, I wrote a column for the Eureka Reporter about hands-free phones in vehicles being dangerous, citing the AAA Foundation for Traffic Safety’s findings at the time. Unfortunately, the message didn’t connect with enough people. Many who heard or read about that study simply ignored it.
I’ve had countless conversations with people who use hands-free devices. Nearly every person I’ve talked with believes they’re safe while using them.
Here comes the really bad news; the AAA predicts a five-fold increase in infotainment systems in new cars by 2018.

“There is a looming public safety crisis ahead with the future proliferation of these in-vehicle technologies,” said AAA President and CEO Robert L. Darbelnet, in the report’s summary.
The researchers warned that the increase of cognitive distractions leads to funnel-vision, or inattention blindness where motorists can’t see potential hazards right in front of them.
The thing that concerns me most is the technology is so popular. People will ignore these new warnings just like they did in 2006, and distracted-driver accidents will increase. In 2011 3,331 people were killed in crashes involving distracted-drivers, according to the U.S .Government Website for Distracted Driving.
The report also states that 387,000 people were injured in motor vehicle crashes involving a distracted-driver in 2011. Get the facts and visit this website, or the go to the Center for Disease Control’s website to see their statistics.
Everything points to di 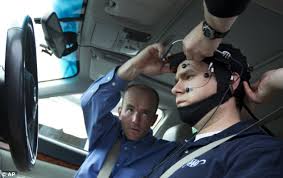 stracted-driving becoming a major problem in the years ahead. These drivers think they’re exceptional and nothing distracts them, but they’re fooling themselves. Multi-tasking in the car is quite different from sitting in an office.

I’m not sure what can stop this dangerous trend. Perhaps limiting the device’s functions while the vehicle is in operation. Hopefully, someone smarter than me will discover a way to address this problem before it ranks alongside drunk driving.
Maybe we need Mothers Against Drunk-Driving (MADD) to start another chapter, “Mother’s Against Distracted-Driving.” That would put some pressure on the makers of these devices. They’d have to come up with safety compromises if they didn’t want them outright banned.
It still amazes me when people I know use these devices despite incidents that should have been wake-up calls. They’re defying the odds. It’s not like we don’t have enough challenges these days, driving on packed freeways and poorly repaired inner city streets.My 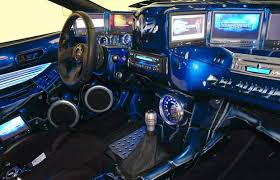 feeling of vindication only lasted long enough for me to write this column. It was a small dance of frustration because no one was listening.

This should be a conversation about using common sense, not a challenge to new technologies. Used in the right time and place, all these brilliant devices offer us conveniences we never thought were possible.

Instead,the deaths and injuries attributed to distracted-driving will increase unless people get serious about putting safety before convenience. Meanwhile, please don’t be one of those statistics!
As It Stands, if you choose to continue using hands-free technology while driving, just remember someone may pay with their life because of your stubbornness!