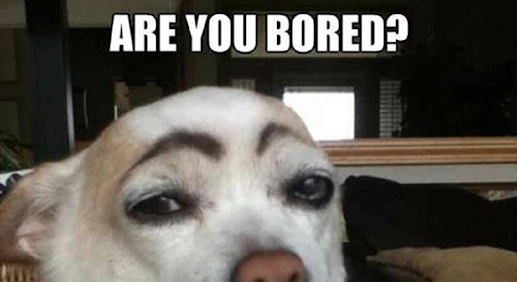 Not interested in the usual time-consuming pursuits like reading, watching movies and/or sit-coms, walking, exercising, swimming, or eating magic mushrooms before going to theme parks?

Are you ready for something different? Something unusual? Relax and go with the flow.

Feel free to burn a bowl of wacky weed or open a bottle of your favorite alcohol and kick back.

I'll start you off with a karma-like activity that may turn into a lasting relationship. See what it takes to befriend an insect in this video:

The process of making friends with the Giant Mantis

If you're still with me, you obviously have a sense of humor, so I have some more recommendations. 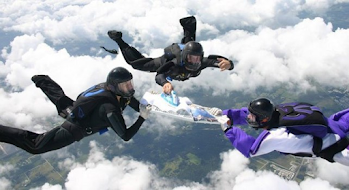 How about Extreme Ironing?

You could start a local endurance competition that may evolve into a new event for the International Iron Man challenges.

Or you could look up professionals who take ironing boards with them as they climb mountains, stopping to anchor the board on the side of a sheer cliff and then casually iron a piece of clothing.

Still another challenge is parachuting out of a plane with two other people holding an ironing board while you iron a shirt before opening your parachute.

Not your cup of tea?

Here's another idea. How about Soap Carving? It's easier than carving wood. Think of the possibilities. Modern art soap sculptures could sell for thousands of dollars. Or not. 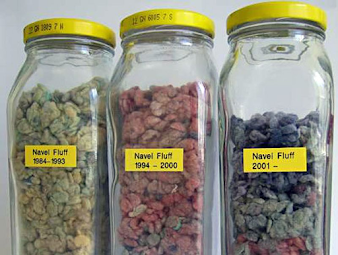 One of my favorites is Collecting Naval Fluff.

I didn't just make this up. People have been collecting naval fluff since 1984 when the hobby was first introduced in a Miami, Florida Senior Village housing complex.

The fluff is graded by color, with blues being the most valuable. See photo.

By now you may want to ask, "Hey Dave! What strain did you smoke before writing this?"

For the sake of transparency, it's Grease Monkey, and was the strain of the year in 2021.

Now where was I?

Stupid Like Me: One Man's Journey Into Trump's GOP 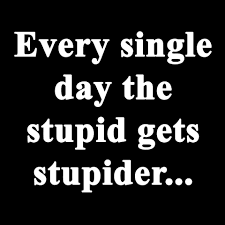 The following account by Nash Whitney, a liberal writer who already has two books to his credit, is a summary of his newest book, Stupid Like Me: One Man's Journey Into Trump's GOP via a series of emails throughout 2020-2021.

You should know that Whitney's new book was inspired by author John Howard Griffin, who wrote Black Like Me (published in Oct. 1961).

"If a white man became a Negro in the Deep South," he wrote on the first page, "what adjustments would he have to make?"

He concluded, "The only way I could see to bridge the gap between us was to become a Negro."

Which Griffin did and traveled the country for a year experiencing what it was like to be black man in America at that time. It wasn't pretty.

An inspired Whitney followed in Griffin's footsteps, but with a twist.

Instead of disguising himself as a black man, he decided to infiltrate the murky depths of TrumpWorld where Republican activists and politicians worship Trump like he's God's messenger.

Whitney noted in the prologue of Stupid Like Me, that the only way a sane person could penetrate the cult was to dress the part and mingle wherever they gathered.

At his first Trump rally:

"I felt odd at first wearing a red Maga hat, a t-shirt with Trump is still President on the back, and a pair of red-white-and blue trousers. But when I looked around me, I could see I blended in."

About his first Audit Protest in Arizona:

"The excitement of angry Trumpies made the air electric as they chanted "Stop the Steal!" One protestor grabbed my arm and looked deep into my eyes and asked me why I wasn't jumping up and down and frothing at the mouth like everyone else?

"It was a tense moment before I broke out into a racist chant... and he joined me! I knew I was in then."

At one of the countless Fundraisers for Trump

"It was like watching kids cavorting around a candy store as people poured over endless tables of Trump merchandize.

One eager buyer, clutching her bag of Trump souvenirs, gave me a toothless smile and asked me if I was ready to die for Trump if necessary?

"Imitating her bulging eyes, I responded with a hearty 'You betcha.'"

I hope you enjoyed this little piece of satire/ parody as much as I did when writing it. Apologies to John Howard Griffin, who I suspect wouldn't have minded the comparison. 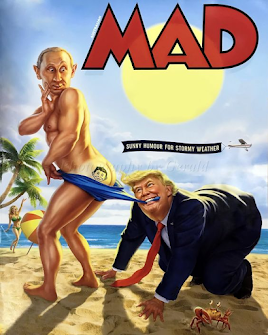 Everyone is pissed off.

It seems like everyone is mad at someone, or something.

The streets are packed with people with chips on their shoulders.

There's no getting around it. We live in a Mad, Mad, Mad world.

So, what can you do about it?

You could embrace Mad Magazine's Alfred E. Newman's philosophy, "What Me Worry?" and find humor in the worst of situations. Parody and satire are a good way to turn your frowns into smiles.

Your social media should give way to satirical media that leaves you laughing so hard you don't notice rising gas prices and the increasing inflation in the country. 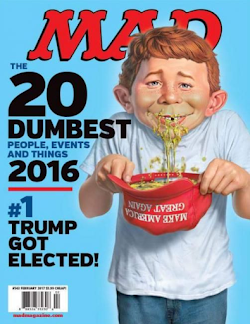 No subject was taboo for Mad Magazine.

All aspects of life and popular culture, politics, entertainment, and shaming public figures, was on the magazine's menu.

When you take the "What Me Worry" attitude it's an immense relief.

You know you can't single-handedly change the course of the pandemic or heal the divide between political parties. So why worry about them?

It may be a cavalier way to dealing with the world's challenges and pissed off people, but so what? Have you got a better idea? 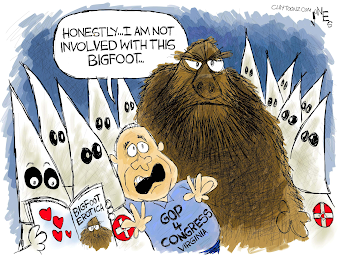 According to Fox News Bigfoot was seen slinking around the corridors of Congress Sunday night.

This startling discovery by ever-vigilant Fox News reporter Peter Doocy coincides with other reports that Democrats have been in cahoots with the elusive creature recently on ways to defame Republicans.

One of the first GOP lawmakers to spot Bigfoot last week was Mo Brooks. He claimed Bigfoot ran away when he threatened him with a visit from Donald Trump.

Since then, other unverified reports have trickled in until crack reporter Doocy saw him with his own eyes Sunday.

Lauren Boebert claimed she chased Bigfoot with an AR-15 when she caught him going through her office files. Apparently, he was very nimble and fast, and she couldn't keep up with him.

Paul Gosar said he stared the creature down one late night while he was roaming the halls looking for an exit to go home to his cave.

Marjorie Taylor Greene swore Bigfoot was wearing a hat that said, NEVER TRUMPER, the first time she saw him. The second time she swore he scribbled RACIST on her office door before she could respond.

Other credible, but unverified reports, of Bigfoot's wandering in the hallowed halls of Congress came from:

Thanks to months of investigating the reports Fox News was finally able to confirm the (once) mythical creature with Doocy's Pulitzer Prize worthy confirmation.

Right-wing outlets are buzzing with the sensational news today and there's expectations that Trump has a bombshell announcement to make on April Fool's Day about the scandalous story.

Until then his supporters are being asked to donate to his newly created Bigfoot PAC. Rumors are he has proof the Democrats have been allowing Bigfoot to roam with impunity to spy on Republicans.

As usual, Fox News is where truth goes to die.