The Rush To Save Scientific Research About Climate Change Is On! 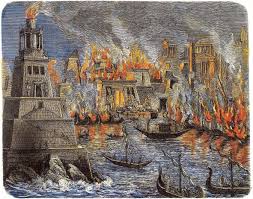 Over the centuries there's been uncounted libraries, and repositories of knowledge, destroyed by conquering armies and new administrations.

Science has been at war with civilizations throughout the world's history. Deniers of science have always treated scientific facts with disdain and fear.

Take the famous "flat earth" belief that went out of style during the waning days of the Roman Empire.

Imagine a coin as the Earth, and then imagine the edge of that coin is actually a giant ice wall—either described as 150 feet or 1,500 feet tall.

That’s the world flat Earth believers envision when they think about the plane - and because Earth is a disc, that makes it a plane, not a planet - that they live on.

Believe it or not there's still people today who believe in the flat earth myth.  They are the same people who deny climate change is caused by mankind.

With Donald Trump coming into power the Flat Earther's and Climate deniers have a champion. Trump believes climate change is a hoax by the Chinese.

Knowing this, scholars across the nation are rushing to preserve all the scientific research that's been done.

The fight to preserve facts is detailed in the following article:

The next four years are going to be a challenge for America.

Remember when Hitler's minions burned any books he deemed contrary to his rule?

This is the 21st century version of Hitler's purge. The names change, but the hate and ignorance continues.

Cold War II Redo: 'Let It Be An Arms Race' 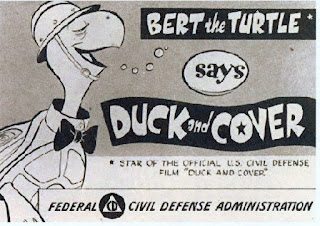 I grew up during the Cold War with Russia, and can remember getting under my desk at school to protect myself from an atomic blast.

Teachers would suddenly yell "Drop!" and students were expected to kneel down under their desks with their hands clutched around their heads and necks.

If the blast did come, we would have all been toasty critters despite those safety drills. 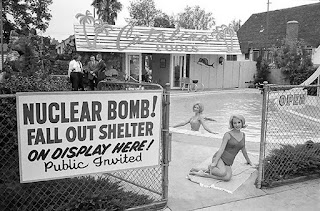 I thought those days were gone.

Looks like I'm wrong. Now I find myself worrying about my grandchildren under the Trump regime.

Trump has single-handedly sparked a new age of Nuclear conflict, and he's not even sworn in yet. His outrageous tweets about nukes are giving national security agencies the heebe-geebies.

Trumps blossoming bromance with Russia's Putin has only been marred by one thing; the prospect of a nuclear war. Putin says Russia can shoot down anything America sends their way.

When talking about a possible nuclear arms race with Russia Trump tweeted, "Let it be an arms race." Doesn't that make you feel good?

Analysis: What Will Trump Do About North Korea's Kim Jong Un?

No one knows what Trump will do. Not even Trump. But consider what you know about our thin-skinned, stubby fingered, president-elect...when he's upset, he mindlessly tweets threats and curses.

Once he's sworn in, his tiny hands will be within reach of THE BUTTON. If that doesn't give your the cold sweats nothing will.

I wonder if America's schools are gearing up for the possibility of Cold War II? If they are, I'm sure students won't be asked to get under their desks. We know better now.

Instead, students will be encouraged to call their parents to say goodbye before the blinding flash ends their reality.

Brawls in Malls: What Part Did Social Media Play? 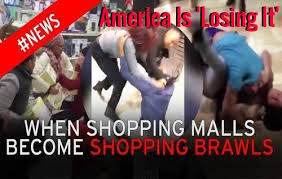 Every year the "after Christmas sales" packs people into the malls of America like lemmings.

This season was no different. With one exception; there were 15 malls nationwide that had brawls. We're talking about knock down, kick-ass fights among hundreds of people.

What the hell could have set that off? And all on the same day?

Authorities in all 15 states are investigating to see if it was a coordinated event. They suspect social media had something to do with it.

But to what extent?

This weekend is the last ad blitz for the season. There was record shopping sales this year (over a trillion dollars) and there's no reason not to expect the malls to be packed again for the New Year sales.

But what about the brawls in the malls last weekend?

There was heavy security, and luckily no one was seriously hurt, but there's no guarantees when it comes to melees.

As authorities puzzle over the apparent coincidence (no proof yet it was coordinated) they should be prepared for a repeat. Who knows? It could spread to more than 15 locations the next time.

I don't believe in coincidences. I'm also not a conspiracy theorist. What happened can be explained. One way or the other.

I advise bargain hunters to be on their toes this weekend. You won't find me there. I'll be getting my bargains online.

1920s Robber Barrons Envious of Trump and His Cabinet 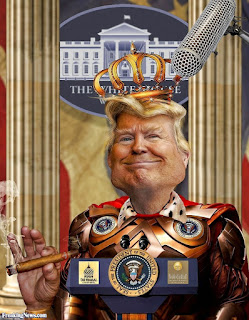 Our new Conman-in-Chief is ready to expand his business empire.

When Trump and his appointed minions meet for their first cabinet meeting next year they'll bring corporations and Wall Street with them.

The robber barons from the 1920s are looking up from their perch in hell and are envious.

What kind of assurance do we have that this new administration isn't going to loot the country? None. Just think about it.

As President, Will Donald Trump and His Cabinet Trade Inside Information?

"If Trump gets advance access to the monthly jobs numbers and the quarterly GDP report. Suppose Trump finds out that the job growth in March is far weaker than the markets expected, or that GDP growth for the first quarter of 2017 is surprisingly strong.

These reports would have a huge effect on the stock and bond markets. Trump could make a fortune by making highly leveraged bets just before the government reports are officially released.
Or, if he doesn't want to make the trades himself, he can pass the information along to Vincent Viola, his designee for secretary of the US Army, who became a billionaire running a high-frequency trading company. Apparently, Viola plans to maintain a stake in his high-frequency trading company even after he enters the government."
This is just the beginning of ways in which Donald Trump and his top appointees can personally profit from their positions in government.
We already have heard accounts of foreign diplomats changing their reservations so that they can stay at Donald Trump's new hotel in Washington.
And, it seems likely that foreign leaders will be more generous in considering licensing requests from Trump-owned properties throughout the world.
The era of Trump is upon us. Can the country survive the damage he's going to inflict during the next four years?
Time for me to walk on down the road...
at December 28, 2016 No comments: 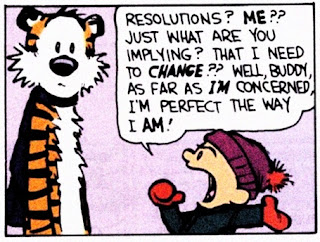 As 2017 painfully inches near after this crazy year, everyone is busy making lists, resolutions, and saying their goodbyes to loved ones and celebrities.

My wish list (you can make any kind of list you want) is straight forward:
1) Donald Trump is Convicted of Numerous high crimes within his first 100 days in office and is put in a high risk asylum for the criminally insane.
2) The need for education has never been higher. A new trend sweeps the country and the reversal of the dumbing down of America begins.
3) I wish I could watch History Channel re-runs On Demand.(The morons where I live don't offer it!)

I firmly don't believe in making resolutions. After breaking them for decades I came to this conclusion and am happier for it.

But everyone isn't a wimp like me and there are actually people who keep New Year's resolutions.

Here's some resolutions that may help you.

1) Try meditation. It doesn't cost anything and what have you got to lose!
2) Make sure to play. That's right. Here's 10 Ways To Have Fun and Play More As An Adult.
3) Try to learn something new every day.

1) It was time for "Ziggy Stardust" (aka David Bowie) to go to the next level.
2) I was sad to see "The Champ," Muhammad Ali, took the final bell.
3) The "King of Pop," Michael Jackson, now dances in the stars with Prince. Both musical legends.

Here's a complete list put together by The Daily News. 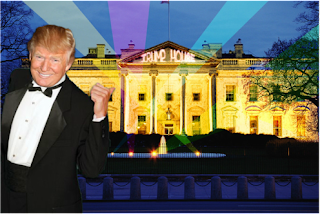 The following are notes from a Donald Trump supporter who attended numerous events associated with the Presidential Inauguration, 2017.

"It was cold this morning with a brisk wind from the north as the crowd gathered to watch President Trump lay a wreath at the Confederate Memorial, Arlington National Cemetery, in Arlington, Virginia.

Strains of "Dixie" filled the fog that surrounded the solemn event. Tiny Confederate flags dotted the nearby graves like flowers. 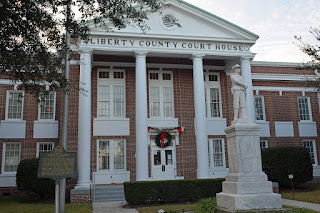 I still can't believe I was one of the lucky people who got to attend that night's "Make America White Again! Welcome Celebration at the Liberty County Courthouse (a Confederate memorial) in Hinesville, Georgia.

The ladies were dressed in flowing dresses reminiscent of the old South. When President Trump made his grand entrance dressed as Robert E. Lee, I thought I'd died and gone back to 1865.

Watching Donald Trump being sworn in as our 45th president, was Yuge! I felt like I was in a dream, as a sharp wind whipped President Trumps golden hair into a halo.

The only bad thing was the sound of thousands of angry voices chanting "Not my president!" that carried from several blocks away from the event.

The noise was soon drowned-out by the inaugural parade. What a sight! I never saw so many all white marching bands in one parade.

You should have seen the crowd cheer when they started throwing out gold coins along Pennsylvania Avenue!

I regret to say, I couldn't afford to go to either inaugural ball that night, but I heard they were both really great! Ted Nugent played his guitar (the one shaped like an M-16) and Kid Rock white-boy rapped to every one's delight.

All-in-all, it was a Yuge success. Looking forward to the next four years." 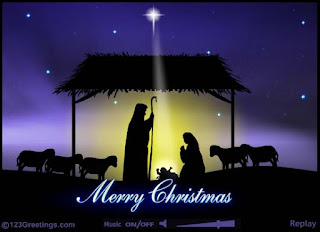 I picture Christmas as a day for families to get together and celebrate life.

This poem is for believers of Jesus Christ, and anyone else who thinks Jesus is the Prince of Peace.

It's Jesus Christ's birthday
today
a miracle play
wrote yesterday
a spiritual bouquet
a cultural cabaret
such a happy day
a Biblical ballet
for souls on Broadway
no fear of a doomsday
a merry melee
showing the way
to a heavenly pathway
a spiritual soiree
no fear of hell to pay
because you won't be led astray
on Christmas Day.