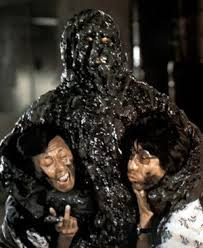 Around Christmas, something unusual was seen in Malaysia, and it wasn't Santa Claus. Residents of the Kampung district of Melaka were alarmed over reports of the orang minyak (Malay for "oily man"), a bizarre monster said to abduct young women by night throughout Malaysia. The creature has been occasionally sighted for decades, but never captured.

According to a report in Malaysian newspaper The Star, there were multiple sightings over the Christmas holidays. One eyewitness saw it "crawling up the stairs of the house, just like Spider-man. When it reached the top it suddenly jumped onto the roof. I don't think a human could do that. It then just disappeared. ... We can laugh and joke about it, but this is serious. All the families here have young girls."

No matter if the orang minyak is implausible, it's feared in many places throughout Malaysia. Villagers don't trust police to protect them and have instead taken to the streets on citizen patrol, armed with machetes, to seek out the monster. 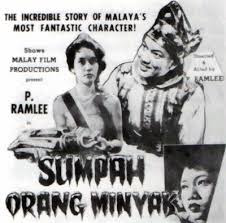 The orang minyak is only one of many similar mythical beasts in the region. There's also the orang ekor (the "tailed man," a race of men and women who have tails); the orang gadang (the "big man," a 10-foot-tall beast with long hair), and the orang bati (the "flying man," a creature that stands about 5 feet tall, has black, leathery wings, and allegedly makes its home in dormant volcanoes).

While these creatures are rooted in myth and folklore, some people argue that the orang minyak is not a creature of folklore but instead a real, but unverified, monster akin to Bigfoot. According to Michael Newton in his "Encyclopedia of Cryptozology: A Global Guide" (McFarland and Co., 2005) the orang minyak "is an aggressive unknown hominid or primate reported from peninsular Malaysia. Natives of the region claim that this large, hairy biped attacks rural villages by night and carries off young women." It's not clear what he (or she — they can't all be males if there's a thriving population of them) does with these young women, but it's probably not pleasant.

By far the best known of all these is the orang pendek, or "short man," that has been reported in the forests of Sumatra. This pot-bellied creature is said to stand between 2 and 5 feet tall and range in color from yellow to dark black. Some believe that the hard evidence for the orang pendek is far better than for Bigfoot or the orang minyak, though that's not saying much.  (article source)

Posted by ImBlogCrazy at 1:35 PM