‘Help! I have plastic cups glued to my head!’ and Zoo plans ‘Adults Only Tour’ for Valentine’s Day 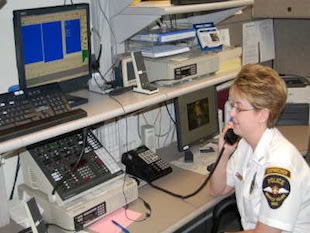 Today we’re going to talk a stroll down humor lane. People and animals can be really hilarious and I enjoy reporting on the activities of both.

There’s so many serious stories out there it’s a nice break to read something funny and entertaining. I hope these two stories tickle your funny bone:

A man who "accidentally" glued five plastic cups to his head put in a desperate call to 911 seeking medical attention. But that's just one of the more ridiculous non-emergency calls being highlighted in the Shields region of England. The Shields Gazette has posted a list of the more unusual Northeast Ambulance Service (NEAS) calls the region has recently experienced. The glued cups to the head takes the ribbon, but some of the other contenders include:

- One woman dialed 999 because she had the hiccups

- A rabbit owner called because her pet had a sore leg

It's also worth noting that unlike in America, but perhaps to the delight of Herman Cain, British emergency calls are placed to "999."

"All 999 calls are treated as an emergency. That means a call-taker has to go through a series of questions to establish the facts of an incident," said a NEAS spokesperson. "Handling requests which are clearly not an emergency means a call-handler is tied up, when they could be dispatching an ambulance to someone genuinely in need." The NEAS said they received nearly 1,200 emergency calls on "Black Eye Friday," a 20 percent increase over the usual caller traffic. The NEAS has been publicizing the non-emergency calls to help educate the public on when it is appropriate to request immediate medical assistance. 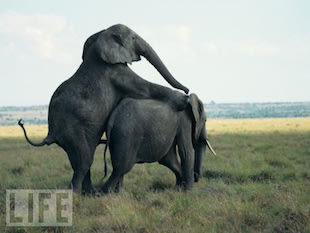 The Pittsburgh Zoo is hosting a Valentines Day dinner that promises to reveal "the intimate secrets of exotic animal mating." It sounds like the ideal romantic date! As the zoo's website explains:

Join us for dinner, cocktails, and an adults-only presentation by Henry Kacprzyk, who will reveal the intimate secrets of exotic animal mating. From the most violent mating battles to the subtlest courting rituals, learn how the animals of land, sea, and air find love in the wild.

It's a little like the lyrics to Cole Porter's classic song "Let's Do It" come to life: "And that's why birds do it, bees do it. Even educated fleas do it.
Let's do it, let's fall in love."