It’s a great way to brush up on your history – but some may find parts a bit depressing. Here’s 100 years of world events from 1911 to 2011 boiled down to a 10-minute clip using authentic/archival footage. It charts some of our greatest achievements, but also some of man’s most terrible acts. 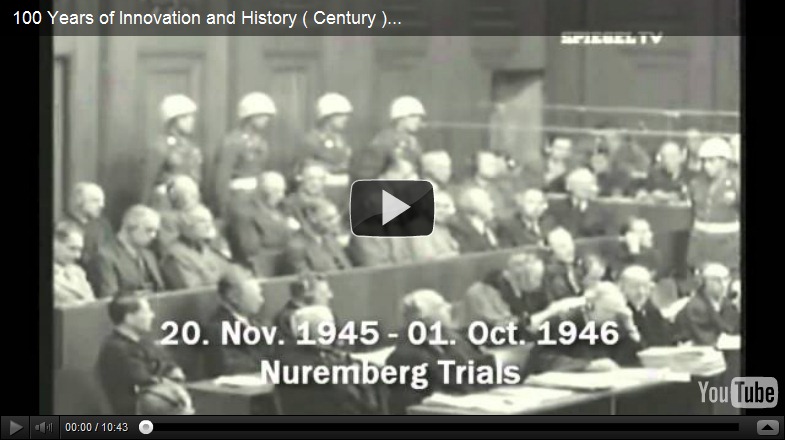 Although a bit long, this video is fascinating and will keep your attention if you give it a chance. Thumbs up!

It begins with Roald Amundsen reaching the South Pole in 1911 and then takes in the sinking of the Titanic in 1912, World War I, the erection of the Empire State Building in 1931, Hitler’s inauguration in 1933, World War II with Pearl Harbor and the atomic bomb attack on Japan in 1945 through to the Vietnam War, the election of Pope John Paul II in 1978, the Berlin Wall coming down, the last French atomic bomb test in 1996, the Mars Rover landing in 1997, the Twin Towers attack in 2001 and this year’s dreadful tsunami in Japan.

Posted by ImBlogCrazy at 4:10 PM