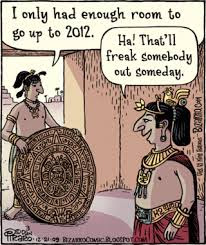 One of the many subjects that will stay in the news this year is the earth, and how people are predicting it’s demise in 2012. The kooks are out there, no doubt, but it makes for some interesting reads.

Not everyone is a kook because they believe in myths, but given the chance to view facts regarding their mythical belief doesn’t always convince them. People have been predicting earth’s destruction since ancient times.

The following is a wrap-up of beliefs and legends about the perceived apocalypse that’s supposed to happen this year:

On Dec. 21, 2012, many doomsday believers fear the apocalypse — anything from a rogue planet smashing into us to our world spinning end over end. However, the world should expect nothing more next year than the winter solstice, the longest night of the year, NASA says.

Many people point to the end of the Mayan Long Count calendar on Dec. 21, 2012 as evidence of the coming apocalypse, but astronomers have been quick to stress that there is nothing to be concerned about.

According to the ancient Mayan calendar, next year's winter solstice marks the end of a 144,000-day cycle. This cycle, which begins at the mythical Maya creation date, has already been repeated 12 times. The 13th will end in 2012, capping a full 5,200-year Mayan cycle of creation. 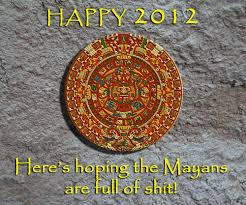 This date has long been shrouded in mystery, with many claiming that it will bring destruction to our planet. [End of the World? Top Doomsday Fears]

Rogue planet Nibiru?
One fear is that a rogue planet that has been dubbed "Nibiru" or "Planet X" is supposedly aimed at Earth. Self-proclaimed Nibiru expert Nancy Lieder, who says she is in contact with the aliens from Zeta Reticuli, first said Nibiru would cause widespread disaster in May 2003, only to change it to Dec. 21, 2012.

There is, however, no evidence that Nibiru is real. 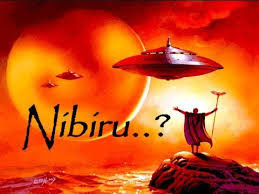 "Nibiru is ridiculous because it doesn't exist — it never existed as anything other than a figment of the imagination by pseudo-scientists who don't seem bothered by a complete lack of evidence," astronomer Don Yeomans, manager of NASA's Near-Earth Object program office at the Jet Propulsion Laboratory in Pasadena, Calif., told SPACE.com.

There is no basis for the claim that it might be lurking behind the sun, as it could not have hidden from observation until now, Yeomans said. If such a planet was headed toward Earth by Dec. 21, 2012, it would already be visible to the naked eye.

Cosmic alignments?
There are also concerns that planets or stars might line up in ways that will transfor 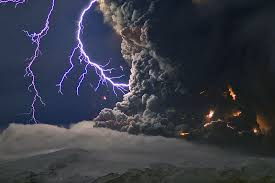 m Earth. For instance, some theorists claim that from our point of view, the sun will cross in front of the plane of our galaxy on Dec. 21. However, the sun already does this twice a year, Yeomans said.

In fact, the sun will eventually cross the plane of our galaxy. However, the sun is about 67 light-years from the galactic plane, so it should take several million years to do so, Yeomans said. Even then, when our solar system finally does cross the plane, nothing special will occur, he added. [10 Failed Doomsday Predictions]

Some also claim that gravitational effects from planets lining up with each other will somehow affect Earth. However, there is no planetary alignment due on Dec. 21, 2012, "and if there were, it wouldn't cause any problems," Yeomans said.

Flip-flopping Earth?
There is some alarm that 2012 could see the flipping of Earth's poles — either the planet's geographical poles, which mark the Earth's axis of rotation, or its magnetic poles, which our compasses point toward.

But, there is no reason to fear such an occurrence, scientists said, because the moon stabilizes our planet's spin. The planet's magnetic poles do flip, but over periods of about 500,000 years, and not suddenly, "but over thousands of years," with no evidence of a flip on Dec. 21, 2012, Yeomans said.

Even if the planet's magnetic poles do flip, no real problems would occur, other than the inconvenience of us

having to change our compasses from north to south, he added.

But despite evidence to the contrary, doomsdays theorists have garnered attention, and similar prophecies will continue to proliferate unless scientists become more involved in bringing truth to these outlandish claims, Yeomans said.

Mounting hysteria regarding these unfounded doomsday predictions "will improve only if scientists get more engaged in debunking pseudoscience," he said. (article source)