Trumpist Insurrection is far From Over Authorities Warn 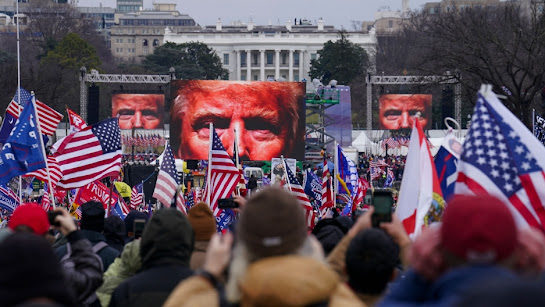 The attempt to take over our democracy is not over for fringe Trump supporters and their domestic terrorist allies.

In fact, more assaults on government buildings across the nation and the Capitol in Washington DC, are being planned as I write this.

Authorities are warning Americans about the open threats of violence from small and large groups of fringe Trumpists and their allies.

These insurrectionists have activities planned right up until January 20th when they're having a "Million Militia March."

On January 17th a secondary attack against the US Capitol and state buildings is planned with the intent "to inspire others to replicate the violent acts that took place on January 6th.

On January 19th organizers are having an "Armed March on All State Capitols." A post about the event in Pittsburg included pictures of stockpiles of ammunition.

The traitors organizing these activities believe that there's not enough law enforcement to deploy everywhere.

I say they're dead wrong. Every state has a national guard and governors won't hesitate to employ them if necessary.

America is not going to be taken over by thugs, conspiracy nuts, right-wing militias, and corrupt Republican lawmakers.

I expect that message will be telegraphed in the days ahead.