After 4 Years of Abusing His Power With No Consequences Will Trump Go Unpunished For His Coup Attempt? 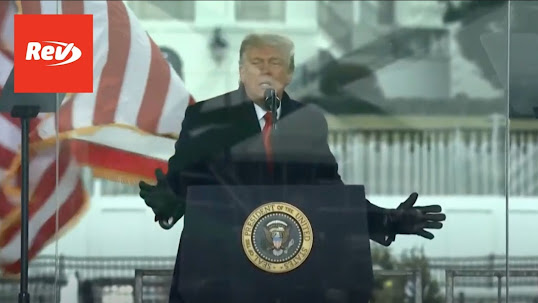 Trump's attempt to seize power last week was one of the darkest moments in American history.

The shock of a sitting American president inciting a murderous mob to kill lawmakers in the Capitol building is something that's not going to go away for a generation of Americans.

The unthinkable happened. For a moment democracy was on the verge of destruction.

As citizens and politicians of all stripes scramble to make sense of how it happened, there is one thing that stands out to me; Trump may go unpunished for inciting sedition.

I know. Right now righteous anger seems like it'll lead to making Trump accountable for the first time in his failed presidency.

But don't bet on it

This morning House Republicans blocked an attempt to encourage Mike Pence to invoke the 25th Amendment. This is the first visible sign that Trump's Republican enablers are still willing to defend him, despite the enormity of his crime.

Let's face it; Trump has shaken off an impeachment attempt and even raised money from it for his re-election campaign.

The list of the laws and norms Trump has broken is too long to recite here. If you lived in this country during those four years you know what they are.

I'm hearing talk about impeaching him, which will probably be voted on Wednesday, but even this move is fraught with danger.

Democrats are concerned that Biden's agenda for the first 100 days is going to be entangled - and slowed down - trying to convict Trump in the Senate.

At this point I don't know how this is going to roll out. I'm hoping Trump gets held accountable - but I'm not holding my breath.