'Out Damn Polls! You're Predictions Are Polluted:' Here's Six Reasons Why 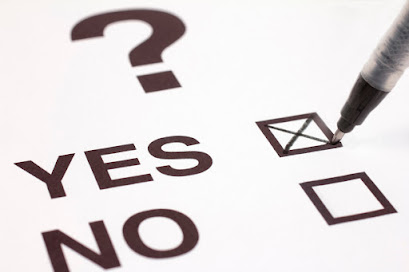 Polls show such a different story on the same subject (person or issues) that it's hard for most people to believe them.

I'm one of those doubters of the accuracy of polling predictions.

1. Partisanship. Who conducted the poll? If one party polls mostly its own supporters, the result will be seriously flawed.

2. The sampling. Whose being polled? All Americans? Or, just segments like minorities? What age? Gender? Is this information included in the researcher's analysis?

4. Methodology. What were the questions asked on the poll? Were they "loaded" to get a preordained results?

5. Polls are just a snap shot in time - some over days and others longer. The poll's results are only informative for a brief period of time before new results appear.

6. How was the poll conducted? On the phone? In person? Texting? Zoom?

There's other reasons why no one should count on any particular poll's accuracy. They are merely a source of amusement for political wonks and clueless 5:00 o'clock news watchers.

Keep this in mind; Millions of Americans in 2016 believed Hillary Clinton was going to win the race against Donald Trump easily.

When Trump won the election, the country went into mourning and was so stressed out that people still have PTSD from the trauma.

Don't believe the polls this time around. Get out and vote, if you already haven't done so. Encourage your family and friends to vote.

Too much depends upon the results of this election to become complacent.

Quote for the Day: "Democracy is not only the right to vote, it is the right to live in dignity." -Naomi Klein