McConnell Successfully Packs Supreme Court: But It's Too Late for Trump 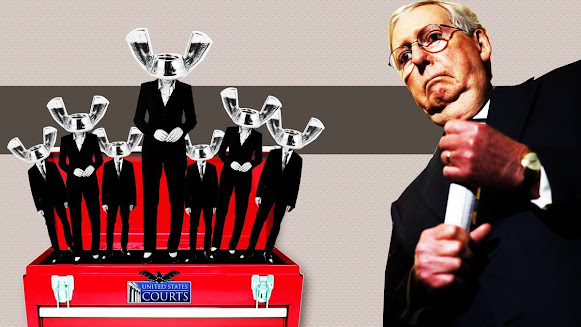 With Amy Coney Barrett's confirmation today Mitch McConnell has achieved his lifetime dream...packing the Supreme Court with Conservatives by using every dirty trick in the book. And, adding a few new ones.

Despite getting credit for it, Trump wasn't the one who engineered the last three appointments to the Supreme Court. It was Mitch and the Federalist Society.

Trump was a useful idiot who benefited from being in the right place at the right time.

That luck is running out for our whiner-in-charge.

Political pundits are predicting a voter turnout higher than anything the country has ever experienced in a presidential election. The signs of a "blue wave" are coming into focus.

Appointing a Supreme Court judge one week before Election Day is not going to turn the tide and save Trump's toupee.

His 2016 base (somewhat thinner now) was already going to support him regardless of his achievements, or failings.

The way Barrett's confirmation was shamelessly pushed though by the GOP Senate enraged - and motivated - Democrats to turn out and vote in historic numbers.

As if people needed anymore motivations after suffering through a pandemic with a commander-in-chief who is an ego maniac and sociopath who doesn't believe in science. 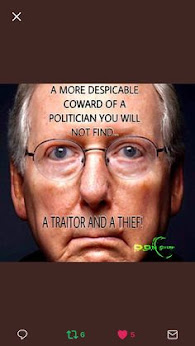 I wouldn't be surprised if McConnell could care less if Trump got re-elected.

The orange moron served his purpose and Mitch has got his legacy of packing courts.

McConnell's hypocrisy will always be his brand, and I'm confident history will show that.

As for the Supreme Court; only time will tell how much damage he did to the credibility of the nation's highest court.

Quote for the Day: "And then it seems, it's all too late..." -Petra Hermans