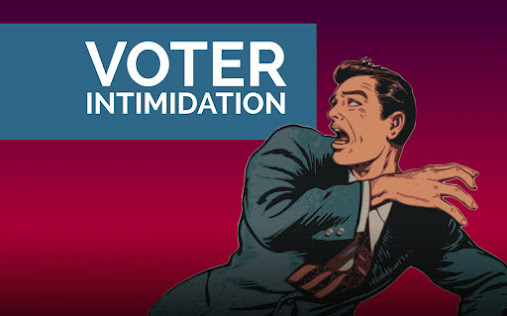 I'm not surprised Trump supporters in pickups with flags in the back, surrounded a Biden campaign bus a couple of days ago almost bringing it to an entire stop prompting a 911 call. 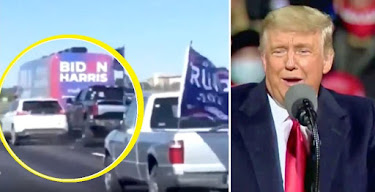 The FBI is supposedly investigating the scary incident.

It didn't matter that the entire episode was video-taped and that anyone watching it could see what was happening. Anyone, but the Trump campaign minions.

That's denialism. They have no good answer for showing up at polls with weapons, waving Trump flags, or why they're making it hard for people to vote.

Trump's minions shamelessly tell falsehoods that they think will defy our lying eyes (reality) regardless of the evidence.

Skepticism is sweeping through the country like the Grim Reaper as overwhelmed and confused Americans try to slog through layers of daily lies.

Out of the chaos that Trump has created this election cycle, Americans must vote in record numbers...

if we want to save our democracy and defeat this pandemic with science.

We must vote like our future and lives depend upon it on Nov. 3rd.

Quote for the Day: "Confident and proficient people are virtually impossible for a bully to intimidate in any environment." -Kilroy J. Oldster