White House Claims the Pandemic is Over 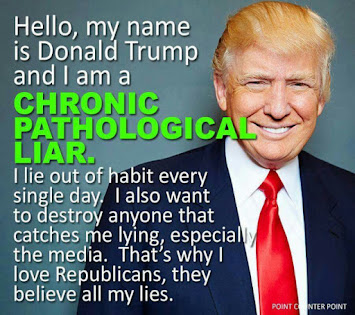 After reading a press release from The White House today on how the pandemic is over, I didn't know whether to laugh, or lose my shit!

Lying this blatantly while the coronavirus is surging out of control nationwide six days before the election is nothing short of astonishing.

Especially in the light of what Trump's chief-of-staff Meadows said two days ago: "We can't control the pandemic." That's a surrender if I ever heard one.

Ignoring reality, Trump's minions repeat his lies despite pleas from professional healthcare workers who are on the front lines battling COVID-19 every day.

In the wasteland between reality and Trump's TV reality show presidency, bodies are building up in besieged hospitals in cities across the country.

The latest revelation about Trump and Jared Kushner's political strategy in dealing with the pandemic comes as no surprise. He told Bob Woodward (April interview in Rage) that Trump took the US back from doctors.

For the start, their plan was to rush reopening states and pin any failures on the governors. The main component however, was DENIAL of how deadly the virus was.

From the moment Trump told Bob Woodward (January interview in Rage) that he was aware of how deadly the virus was, until he told Americans the "virus would magically go away," the game plan hinged on deception.

In a final act of denial and desperation Trump is holding up to three super spreader rallies daily.

During his Nebraska spreader his supporters were left freezing for hours until they were bussed back to their cars. Seven people were hospitalized, and over 30 treated for weather related health conditions.

No apologies came from the Trump campaign or Trump himself. Instead, they blamed the problem on a vendor.

In summary, the pandemic is NOT over and Americans will have an opportunity to kick our liar-in-chief out of office in six days.

If you haven't already voted, please do. The nation's counting on you.

Quote for the Day: "The biggest liar in the world is They Say." -Douglas Malloch