Democrats Break Out Their Own October Surprise: Barack Obama 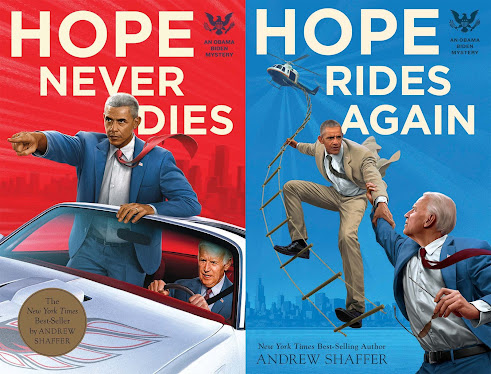 After watching  our former President Barack Obama speak at a rally for Biden/Harris in Florida yesterday... I got goosebumps.

Obama is going to go down as one of the great American orators in modern times. Period. End of story. The guy can motivate a mule to vote. 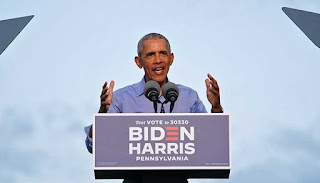 Hearing him talk about nearly every important issue in America today in a 30-minute speech, was a tour de force. A master's lesson on  public speaking.

As much as I admire Joe Biden, he's never going to go down in the history books as one of our great speakers.

But, he's what America needs right now; someone with empathy who wants to unite our country.

Holding Obama back - like a secret weapon - until the waning days before Nov. 3rd, was a masterstroke by Biden's campaign.

Obama's inspirational speeches in swing states, with days left before the election, is the Democrats October Surprise for Trump and his minions.

I particularly enjoy knowing Trump is aware that Obama is part of the campaign that's going to get him kicked out of office. Knowing how much Trump hates Obama, makes the smack-downs so much sweeter.

Trump will continue to search for an October Surprise and he'll redouble his efforts to suppress voter turnouts with each passing day.

However, Americans are turning out for early voting like never before in history. Mail-in votes are being returned in record numbers in every state.

Despite Trump's vile efforts to disrupt this election, the writing is on the wall: America is sick and tired of Trump's tweets and chaotic administration.

Make sure your vote is counted. It matters that much.

Quote for the Day: "The wiser you become, the lesser you will be surprised." -Mehmet Murat ildan