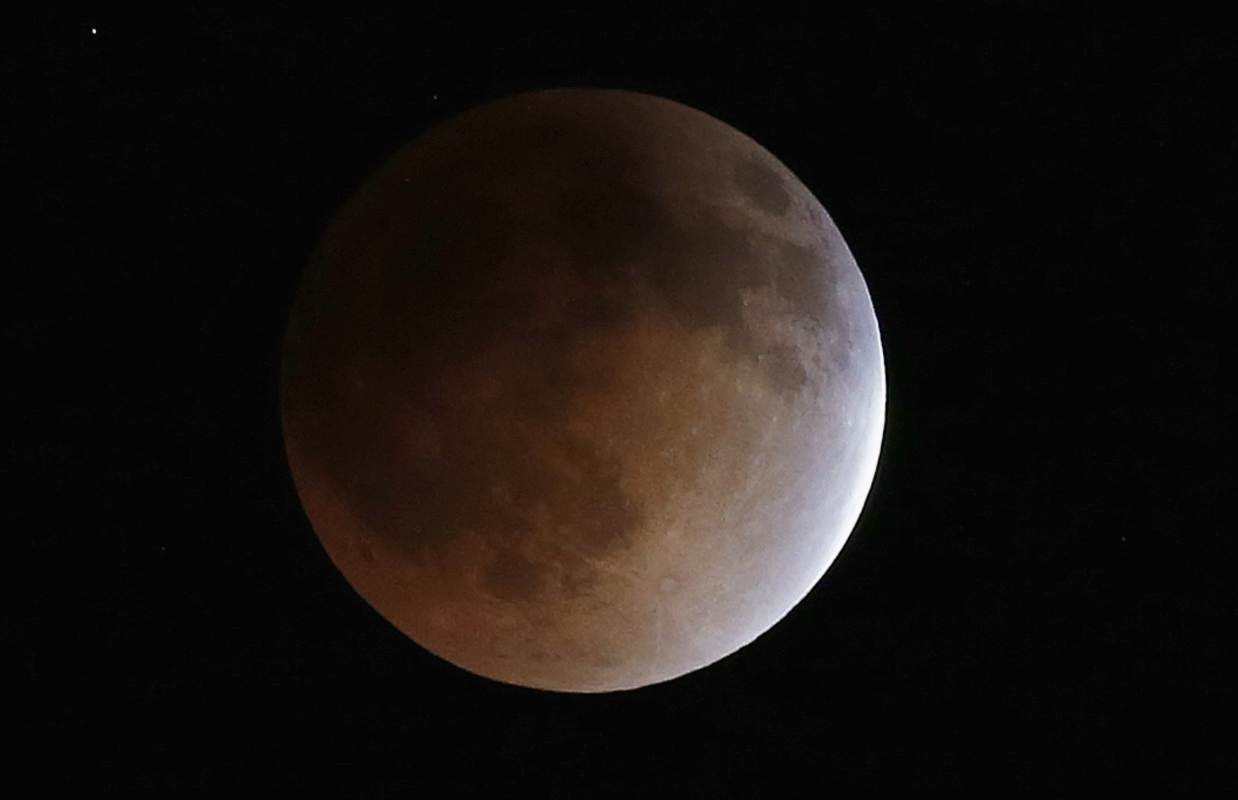 In this Tuesday, April 15, 2014, file photo, the moon turns an orange hue during a total lunar eclipse in the sky above Phoenix. On Wednesday morning, Oct. 8, 2014, North Americans will have prime viewing of a full lunar eclipse, especially in the West.(AP Photo/Ross D. Franklin, File)

Today was the big day…and night. Sort of.

This morning – depending on where you live - there was a rare opportunity to see the total eclipse of the moon and the rising sun simultaneously.

In the East Coast of the United States, the moon was low on the horizon while the West Coast saw the moon higher in the sky at 6:25 a.m.

The little-used name for this effect is called a "selenelion," a phenomenon that celestial geometry says cannot happen. It does anyway. And if you were lucky you saw it!

A total lunar eclipse is when a full moon passes behind Earth's shadow. The moon, sun and Earth are in alignment and will appear red, hence the nickname "blood moon."

Interestingly, the blood moon will include shades of turquoise, making the total lunar eclipse that much more colorful.

"During a lunar eclipse, most of the light illuminating the moon passes through the stratosphere, where it is reddened by scattering. However, light passing through the upper stratosphere penetrates the ozone layer, which absorbs red light and actually makes the passing light ray bluer," according to Richard Keen of the University of Colorado in a recent interview.